VIDEO: Dangerous BASE jump off La Collette flats is “alarming” 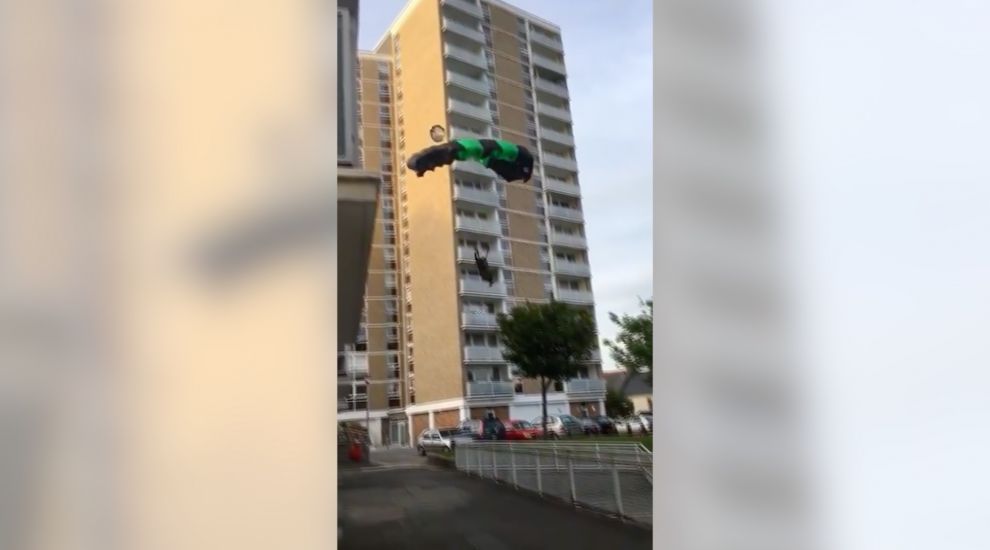 VIDEO: Dangerous BASE jump off La Collette flats is “alarming”

A local skydiver who has asked to remain anonymous says he’s “alarmed” after seeing footage posted on a local website showing a man apparently BASE jumping off La Collette Flats.

The 24 second video, which was posted on the Jersey Peeps Facebook page, seems to show a man leaping from the roof of the flats. It takes him 7 seconds to make the descent. He lands safely in the car park in front of the building.

The video has now been shared over 300 times, with some commenters making light of the situation - "the lift was out of order lol" - and others expressing alarm at the stunt. One Facebooker stated: "That's one way of giving the sport a bad name! Obviously nobody commenting how cool this is has ever seen a stupid BASE jump fatality, and to do it in a public place like this we're pedestrians - children - could be hit by this idiot landing."

The States of Jersey Police commented:

"We have been made aware of a video circulating which appears to show somebody jumping from the top of a high rise building with a parachute (B.A.S.E. jumping).  We do not know whether this is genuine or when this was taken and neither can we identify the individual concerned at this stage.

"Together with our colleagues in the States of Jersey Fire and Rescue Service and Ambulance Service we would like to remind people of the real dangers of such activity for both the person jumping and anyone nearby."

Posted by The old git Git on May 30th, 2017
Well he walked the walk. Respect.
To place a comment please login Login »