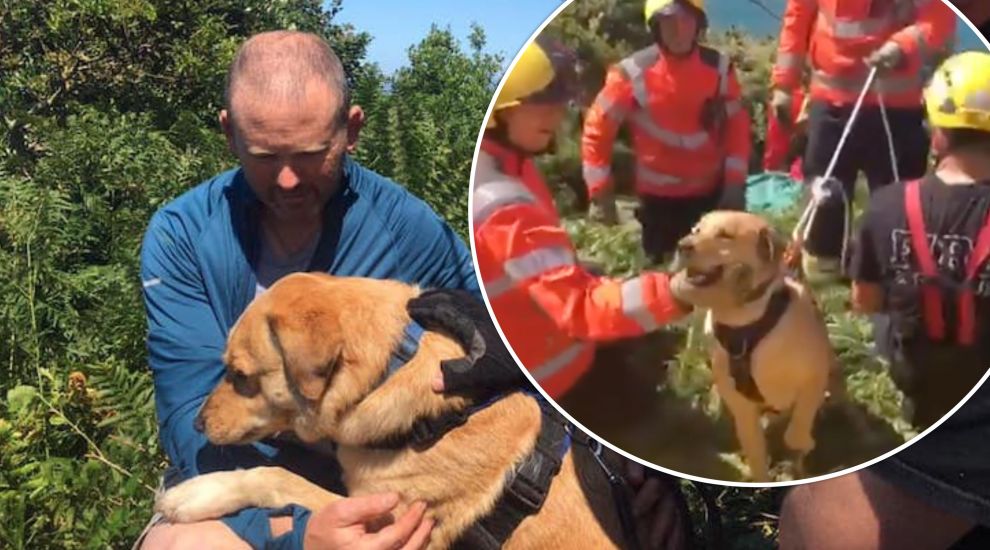 An adventurous pup that fell down a cliff has been brought to safety thanks to an app, a group of firefighters and a length of rope.

Benji fell down the side of a cliff near L'Etacquerel Fort near Bouley Bay on Sunday.

His owner shared a post on the Jersey Dog Forum after the incident, saying he could hear him barking but couldn't see him.

Following the advice from other members, he called the Fire Service who came to rescue Benji, who was left unharmed after his fall down the North coast gully.

Acting Watch Commander Laurens praised Benji's owner for not putting himself in danger to rescue his pup and for using the 'what3words' app to help them find the location of Benji.

'What3Words' divides the world into 57 trillion squares, each measuring three metres by three metres, and each square has its own unique set of three words.

It means anyone who needs help from the emergency services, but isn't sure of their location, can give their unique address using the app. Those three words will then be used to find their precise location before the appropriate service is sent out.

Many islanders praised the Fire Service for their rope rescue efforts on Facebook, while many also said they would now make sure to use what3words themselves in future.

"Brilliant. Never really took much notice of the what 3 words. Will now," one commenter said.

Another said they hadn't heard of the app, but had now downloaded it.