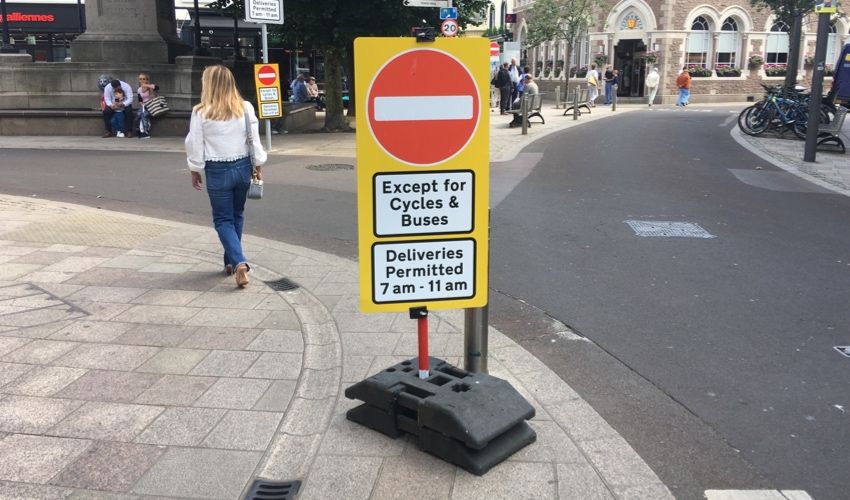 There needs to be a review of town drop-off and pick-up stops if new hotels are going to be properly served, a director of the island’s largest coach company has said.

Gary Le Marrec, a director of Tantivy Blue Coach Tours, was praising of those trying to help – including Parking Control Officers – but said that tourists, sometimes elderly visitors, often had to carry their luggage to the door of their hotel, such as the Premier Inn at Charing Cross.

This was because there was no coach parking nearby.

“For general town drop-offs and pick-ups, and those for the Pomme d’Or, we now have coach parking behind the Petit Train layby on the southern side of Liberation Square, which is a positive step forward,” said Mr Le Marrec.

“However, access to the central town hotels remains difficult, especially the Premier Inn at Charing Cross.

“We had a group of lady golfers, with clubs, staying there the other day, so we stopped at Sand Street but were told we had to move on, so we had to drop them near Liberation Square. 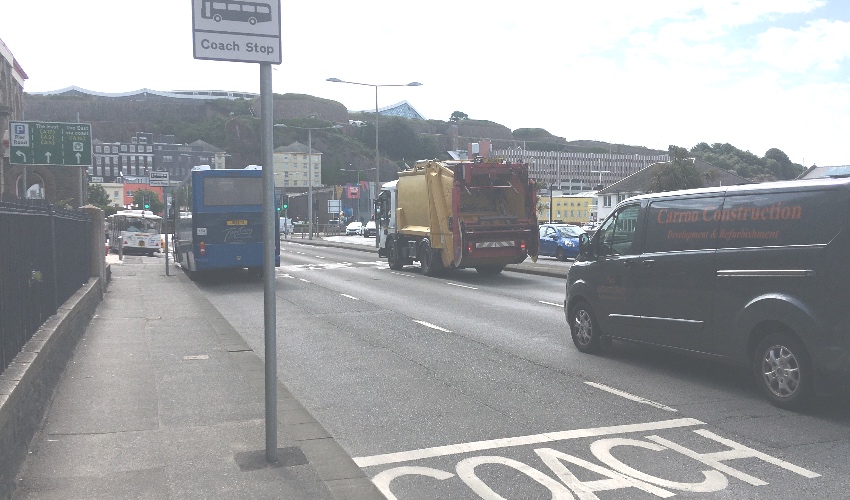 Pictured: New coach stops alongside Liberty Wharf have helped access to the Pomme d'Or and but not other town hotels.

“We also had an elderly couple staying there, but we had to drop them in Conway Street and they had to walk down Broad Street with their luggage; it is hardly the welcome that this island wants to give.

“The Parking Control office is always very helpful, but they say their hands are tied. We’re not going to stop if there’s a risk of getting a ticket.”

Mr Le Marrec added: “The Royal Hotel in David Place is also really tricky to access and we also have the new Premier Inn just down the road. It’s becoming increasingly difficult to stop to pick up and drop off visitors in town.”

St. Helier Constable Simon Crowcroft said that the tourism industry was vital for town and he was sure a solution could be found.

“In a sense this problem isn’t new: coaches due to their size are prohibited from some town centre roads but in the past, the parish has granted special permits to allow them to pick up and set down visitors. 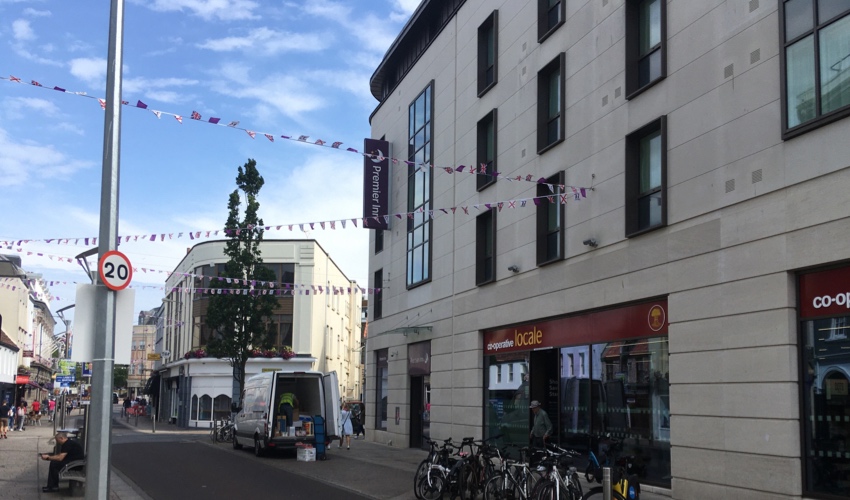 Pictured: The Premier Inn at Charing Cross has an unloading bay outside but coaches cannot access it for most of the day.

“Everyone has to be a bit patient when this happens as it brings traffic to a standstill especially in David Place, for the Royal Hotel, and Bath Street.

He added: “The Charing Cross Premier Inn and the forthcoming tourist accommodation in Les Sablons will require extra thought but I know taxi drivers have been dropping off at the hotel via Dumaresq Street, around Romerils and the Post Horn, which is wide enough for delivery lorries accessing the back of the Co-op, so I don’t anticipate a problem.”

Although town was the real issue, Mr Le Marrec said that there were other problem spots around the island.

“There are no coach-drop off bays in St. Aubin, which can cause some problems when, for instance, we’re picking up a wedding party from the Sacred Heart or dropping some schoolchildren off for St. Aubin’s Fort.

“The lady responsible for parking in the area is very helpful and we’re grateful to her, but it can be tricky at times.”

“We are very limited where we can park around the island but the real issue for us is town.”

Posted by Michael Tostevin on Jun 22nd, 2022
The situation is the same for taxis, especially at the Premier Inn at Charing Cross. The Jersey Taxi Drivers Association have pointed this out many times in the past but it just seems to fall on deaf ears. It is difficult to drop off passengers and even moreso if they are disabled or have a lot of luggage and we have to drop them in the side streets. The problem also arises when these passengers want to go back to the Airport or just need to go somewhere and we can't get close to the hotel to pick them up. The situation does not leave a very good impression on visitors to the Island.
Posted by Scott Mills on Jun 22nd, 2022
town planners...see the town hall for solutions. Oh wait, they can't even imagine that this may have happened having put a hotel next to hectors. Honestly, a group of young adolescents would have seen this problem. Then again all policitians ride to and from work (sic) so don't understand this problem.
Posted by Jon Jon on Jun 22nd, 2022
Simply open up broad street,why it’s closed is beyond me!
Posted by Keith Marsh on Jun 22nd, 2022
A real "slap in the face" for visitors to our, once beautiful, Island.
This has to be sorted NOW.
A first job for our new Constable
Posted by Scott Mills on Jun 22nd, 2022
time for a new face in st.helier. fresh ideas to bring it into the 21st century (side splitting humour)
To place a comment please login Login »