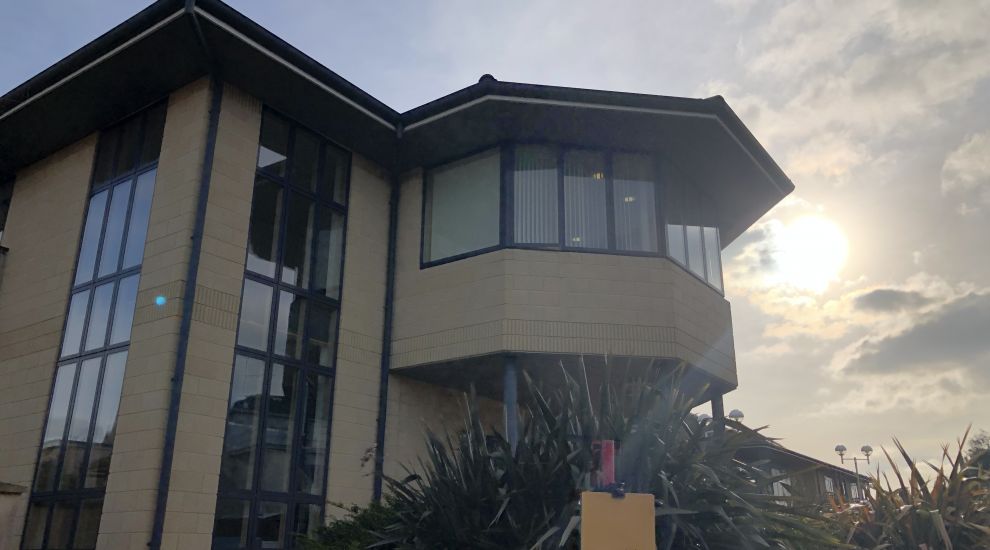 A final decision on how to fund Jersey’s £800m new hospital at Overdale will be taken in October, rather than September, it has been confirmed.

The proposals were originally due to be tabled by the end of July with a debate two months later.

Yesterday, Deputy Chief Minister Senator Lyndon Farnham, who has political responsibility for the project, confirmed that the financing plans will now be put forward on 3 August, with a debate scheduled for October.

He told Express that the decision to move back the debate was to allow the Future Hospital Scrutiny Panel more time to examine the plans – a process he described as “very important” – before they go to the States Assembly for a vote.

Senator Farnham last month suggested that the hospital would be funded by a blend of borrowing and Government reserves, saying that “the debate for Members will be over how much is borrowed.”

Yesterday, he said he was unable to provide any more detail on the exact funding products being looked at, as “Treasury are still working on the options”.

“The Political Oversight Group are due to consider the Treasury proposals for funding at our meeting on 26 July. Subject to approval, they’ll go to the Council of Ministers and then lodged… on 3 August,” he said.

Despite the debate taking place one month later than initially hoped, the Deputy Chief Minister was firm that the project’s timeline was not affected and that it was still “on track.”

The next step will be putting forward a planning application for the demolition of Overdale’s current buildings. That is due to happen on 31 July, with planning permission hopefully obtained by winter and demolition works beginning in the spring.

The early demolition works will concentrate on Overdale’s vacant buildings, as some on the site will need to continue providing services while the former Les Quennevais School is repurposed to temporarily welcome them.

It is not yet clear when the planning application to change Les Quennevais will be submitted, but it’s expected to be put forward by the end of summer.

Posted by gordon le claire on Jul 15th, 2021
if in the plans for the new hospital they could also locate the ambulance on site ( they do at Broomfield hospital in Essex ) they could then sell of the currant site without having find yet another location for them this will mean more homes could be build while bring in money twards the new hospital
Posted by Denise Shrives on Jul 15th, 2021
Best not build it at all and save £800 mil. Build it some where else with less coast
and not distruction of People's Park and Westmount area.
Posted by Jon Jon on Jul 15th, 2021
Build it on a blank site for half the cost! £800 million won’t be enough,building costs even for the ordinary household have jumped up,but I doubt our headless chickens in the States will take note,an Island that never borrowed money in the past,this lot are throwing us into debt that tax payers will be paying for ,probably for generations!Role on next years election and let’s hope level headed,people with brain cells ,stand for election!
Posted by Scott Mills on Jul 15th, 2021
I reckon we'll have a billion pound hospital by the time it's built. Absolutely shocking. And remember people A place is only as good as the people working there, no matter what it looks like from the outside, for example you could have the fanciest, quickest and best software application in the world, but it's only as good as the person's knowledge using it!!! Still we got lovely beaches.
Posted by Bob Wareing-Jones on Jul 16th, 2021
Most people agree that the worrying fact is, we currently face a recruitment crisis in Health & Social Care. Add to this the ongoing challenges of covid and indeed post covid and the whole of and we will just how stretched to the limit our essential public services are. The GP’s have also expressed serious concerns about the New Jersey Care Model and funding issues. It’s hard for most of us to understand the decision to spend what is an astronomical amount on building this new hospital, and many question the choice of location. It will almost certainly be a significant factor at the hustings before nexts years general election. I wonder what the next Council of Minister's will do post election and if we soon hear thereafter, about significant tax raising by Jersey Government to fund not only the new care model but also the post covid black hole. I understand the States has an extensive and very valuable property holding? If this is the case then maybe it is time to sell the family silver to fill the void? It’s easy to find fault in our elected representatives and we all have a view. However, never before is it more essential, that the electorate votes next year in their thousands, and are as vocal as can be in the weeks, and months ahead. This debate could be the most important one in the islands history since 09/05/45.
Posted by Keith Marsh on Jul 16th, 2021
It will be a £ Billion hospital by the time it is finished. But remember that this is not a like for like ~ the new smaller hospital will NOT have all the current departments. These are to be shipped out to GP's and others, probably at the patient's expense ~ but as usual there are no actual plans or agreements in place.
Hence many people will be left without care !
Thank goodness elections are coming.
To place a comment please login Login »