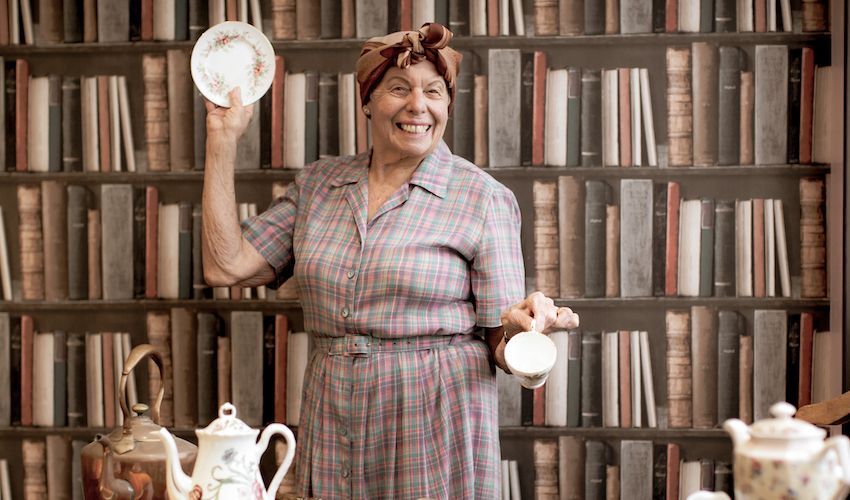 A 'Super Gran', who spent her 80th year of life doing 80 challenges for charity, is the newest recruit to a new 1940s tea room.

Jean McLaughlin B.E.M is the first islander to be hired as part of Jersey War Tunnels' drive to give retired islanders, who wish to continue working, the opportunity to do so through a new themed café.

Jean founded the Jersey Evacuees Association and received the British Empire Medal in the Queen’s New Year’s Honours List in 2016 for her services to the recognition of evacuees. 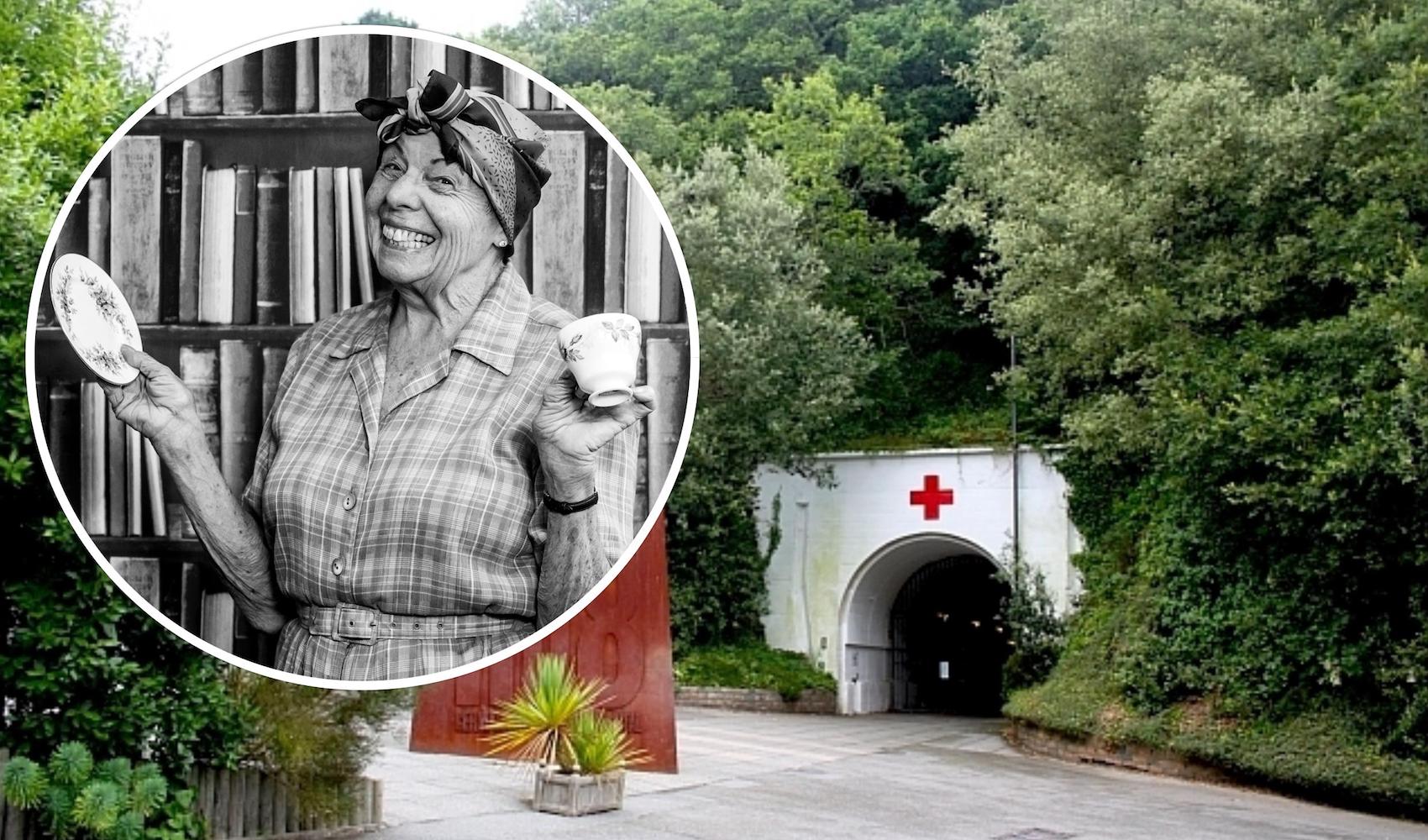 Pictured: Jean completed 80 challenges to raise money for charity, and her latest will be serving islanders in the 1940s café.

Last year she completed 80 challenges to mark her 80th birthday and help raise funds for local charities, Jersey Alzheimers Association, in memory of her husband who died in 2015, and Cancer Research, after her daughter was diagnosed with terminal cancer. Jean's challenges ranged from skydiving, to shaving her head and even completing 'work experience' with Express.

She said she was inspired to do the challenges to prove elderly people can be as active as anyone. "I was fed up of hearing that elderly people don't do anything," Jean explained. "Senior citizens save everyone a lot of money every year, they look after their grandchildren and run the charity shops!

"Age is just a number, if you want to do something, you can do it. I swim, I cycle, I walk, I keep myself active and I enjoy myself! Life is very short and very precious! I hope I will never have a walking stick!"

One of her challenges involved selling wine at the Jersey War Tunnels' Christmas market, which has inspired her next move: Jean will be working part-time at Vega Café, the Tunnels' tearoom which was recently refurbished this winter with 1940s décor and furnishings.

Jean said: "I see this as a great opportunity to learn new skills and meet new people.

"I feel that I have a lot to offer and I am very much looking forward to working with my friendly colleagues, which is one big family, and welcoming visitors to the Vega Café."

Kathy Bechelet, Operations Manager at Jersey War Tunnels, said the team is excited to welcome Jean to their team. "Jean is extremely knowledgeable about Island life during the war, being the founder of the Jersey Evacuees Association," she added.

Vega Café will open on 1 March and Jersey War Tunnels is currently recruiting part-time seasonal waiting staff and a seasonal sous chef. They are urging retired islanders who wish to keep working to apply in a bid to make its new 1940s-themed tearoom more inclusive and tackle loneliness among older people.

They are hoping to build up a pool of people, who will all be given full training, and who can work part time, potentially a couple of half days per week. They will structure the roster to give islanders who might be considered by some as 'retirement age' the opportunity to broaden their skills set, meet new people and be part of a committed and friendly team. 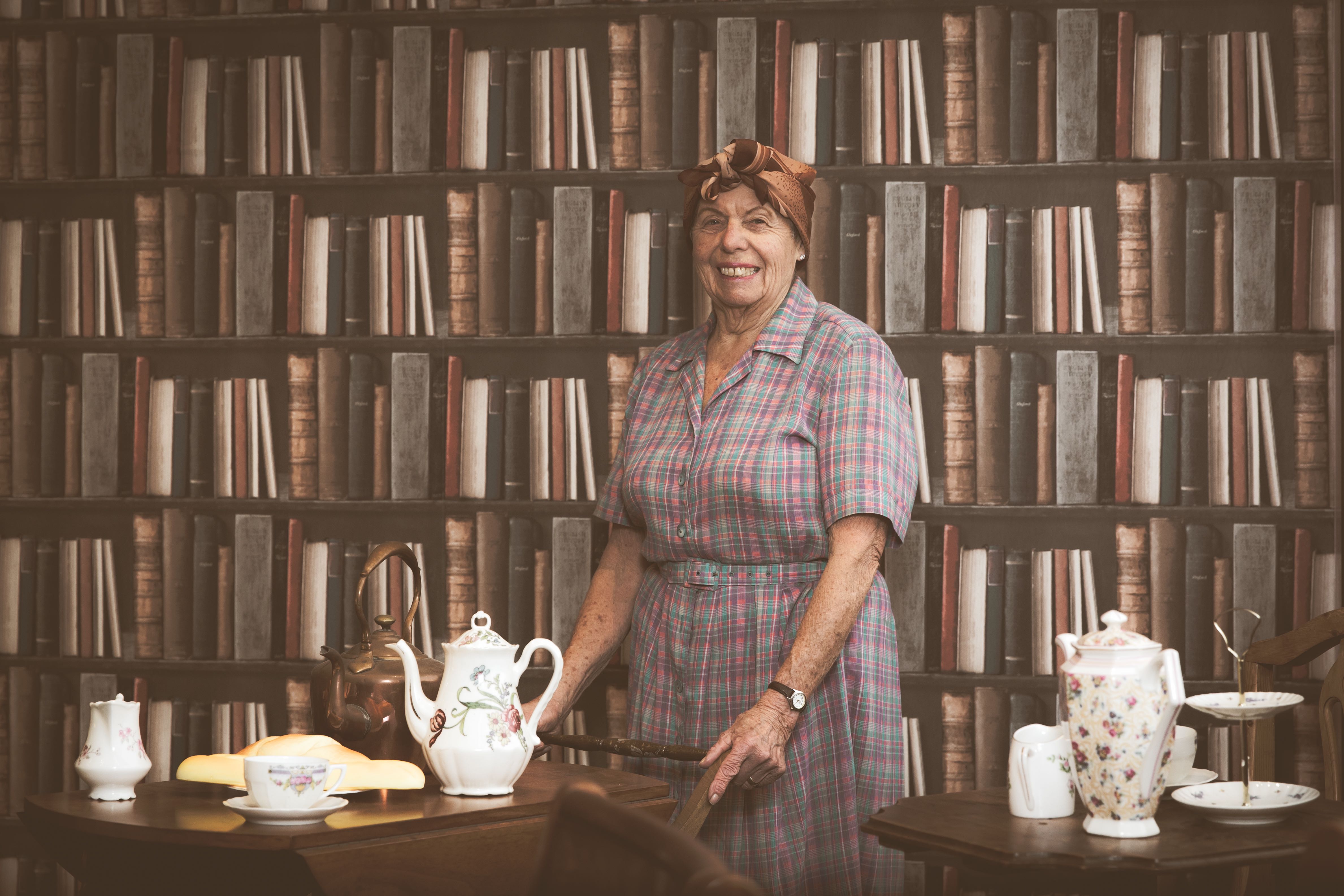 Pictured: Jersey War Tunnels wants to recruit other islanders of "retirement age" like Jean to work in their new café.

Ms Bechelet said Jersey War Tunnels try to be an inclusive employer providing equal opportunities for all staff. "We don’t want age to be a barrier for anyone interested in applying," she added. "Currently there are seven members of staff who have been employed at the visitor attraction for a total of almost 120 years between them."

Senator Sarah Ferguson, the Chairman of local charity Age Concern, welcomed the café's initiative. A report by the UK branch of her charity released in September last year said that 1.9 million older people often feel ignored or invisible. It is predicted that within the next decade, two million people aged 50 and over in England will be lonely.

Age UK suggests that creating the right environment and providing holistic, personalised support for all members of society could tackle the issue of loneliness. 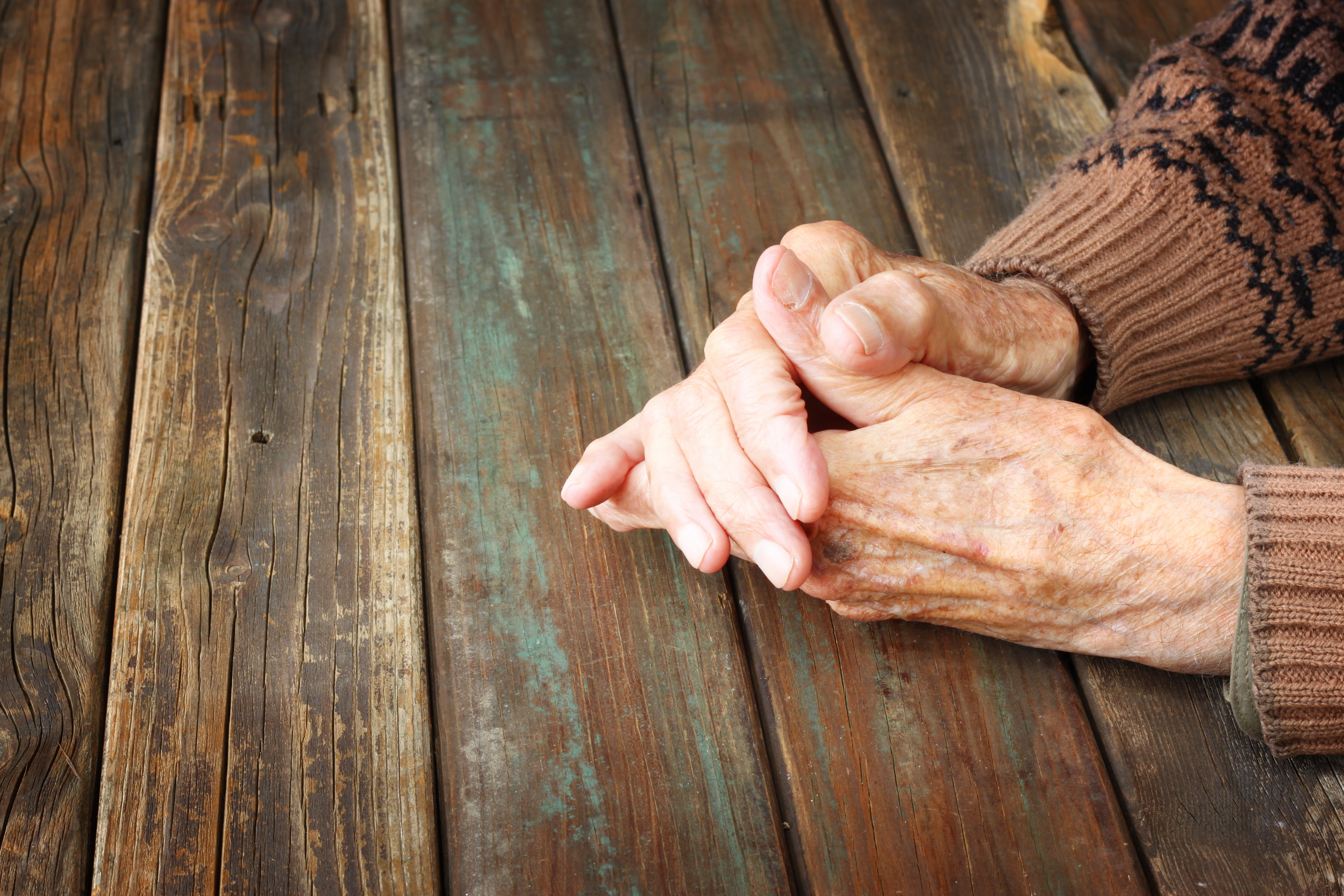 Pictured: 1.9 million older people often feel ignored or invisible in the UK according to a report by Age UK.

Senator Ferguson commented: "We are delighted to see that the Jersey War Tunnels is encouraging people to continue to make a positive contribution to the community.

"We believe that age should be viewed as a gift and not a burden, so it’s great to see businesses like Jersey War Tunnels acknowledging this and making use of the invaluable skills, life experiences and perspectives that our Islanders have."