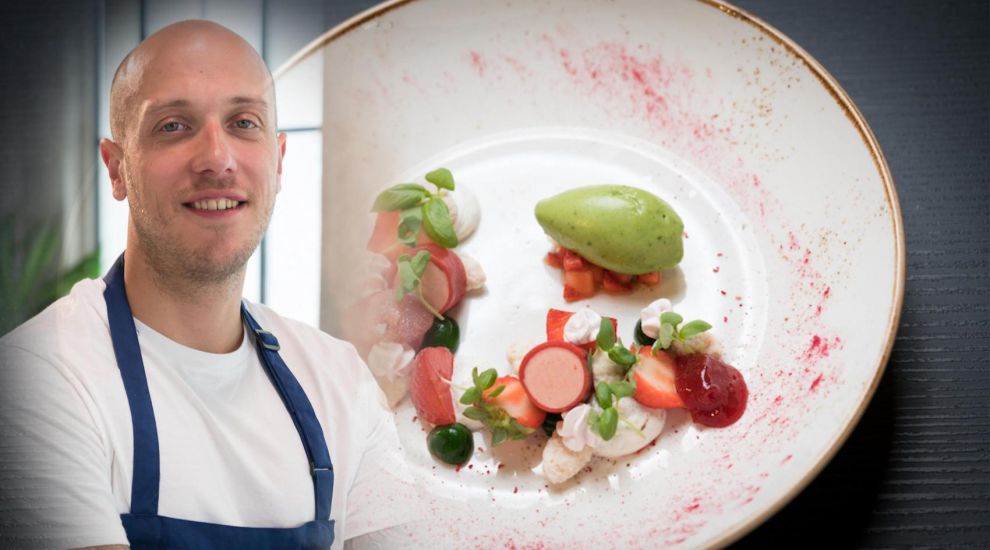 A Jersey chef has made his way to the final of a top TV cooking contest after his ‘Beets of the 60s’ and ‘Strawberry Fields’ proved to be music in the mouths of a panel of judges.

Samphire’s Michelin-starred chef Lee Smith has made it into the final of BBC’s ‘The Great British Menu’.

This year, all of the competitors have been given the brief of celebrating the British music scene through food to commemorate the 50th anniversary of the last time the Beatles played live together.

Lee’s win in the South West category of the competition, which aired on Friday, means that the chef is one step closer to the top prize of having his four-course menu served during a banquet at Abbey Road Studios.

But he wasn’t the only local chef to compete for a slot in the final: he was joined in the qualifying round by self-taught Joe Baker from St. Helier’s Number 10.

The first part of the South West contest saw the trio compete to produce favoured flavours for Great British Menu veteran Daniel Clifford, who told them he was after “weird” and “wonderful."

Both ‘Jersey boys’ – as the show termed them – delivered, with Joe attempting an ambitious crossover of Octopus and cheese for his starter under the Beatles-inspired name, ‘My Octopus’s Garden.'

Lee, meanwhile, evoked the ‘Beets of the 60s’ by serving up beetroots in a variety of ways alongside a risky pesto – risky because he couldn’t taste it before serving due to his nut allergy.

It wasn’t enough to wow Daniel compared with the cheesy fish dish, scoring a six out of ten compared to Joe’s nine.

But the Samphire chef, who once worked at Le Manoir aux Quat’ Saisons, managed to pull himself back up the ranks with a series of impressive courses to follow.

Pictured: Great British Menu veteran Daniel Clifford, who was the first judge the trio faced, sent the two 'Jersey boys' before the panel of judges.

For his fish dish, Joe served up cod with a sauce containing squid ink, which came together to create the image of a record, scoring him another nine.

Lee conjured up a ‘A Whiter Shade of Pale’ – a mix of turbot, champagne sauce and creatively-styled turnip – named after the first Brit Awards single of the year. The dish was described as a “love story” by Daniel, but the lost acidity resulting from his decision to drop pickled turnip from the combination left him one point behind Joe.

However, he stormed ahead as the contest entered its second day when mains and dessert were served, gaining a perfect 10 for his complex ‘Strawberry Fields’, which saw the fruit presented in the forms of parfait, jelly, compressed and in pastilles.

The island featured yet more prominently in both chefs’ beef mains.

Joe used local beef from a milk cow and hay from his family farm in his folk-infused ‘Bless the Weather, Make Hay’.

Jersey butter was fused with pan-seared sirloin, Thai shallots and hispi cabbage, and plated on record players in Lee’s dish, ‘Welcome to the Nineties, but Why All the Beef?’, which he said represented Oasis and Blur’s musical rivalry.

Having beaten off competition from Emily, whose fuss-free style was regarded as pleasant but too simple, day three saw the pair serve their courses before the show’s three stalwart judges.

Pictured: The judging panel decided to send Samphire's Lee through to the final.

They were who were accompanied by rocking Reverend, Richard Coles – one half of synthpop duo the Communards of ‘Don’t Leave Me This Way’ fame.

In the end, Lee’s melange of eats and beats won over their taste buds, and he was sent on to the final. But Joe vowed that he’ll “definitely have another crack at the competition."

Catch up on the South West finale here. 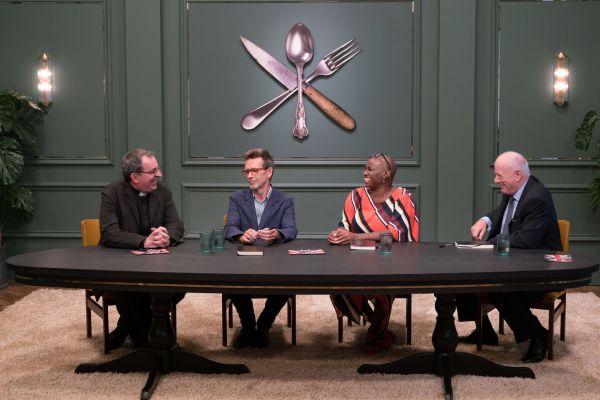 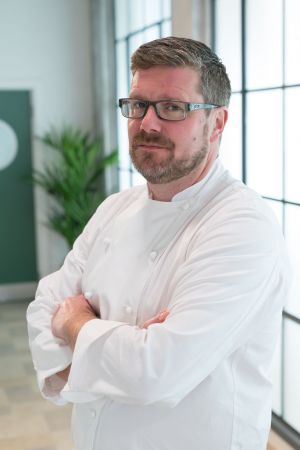 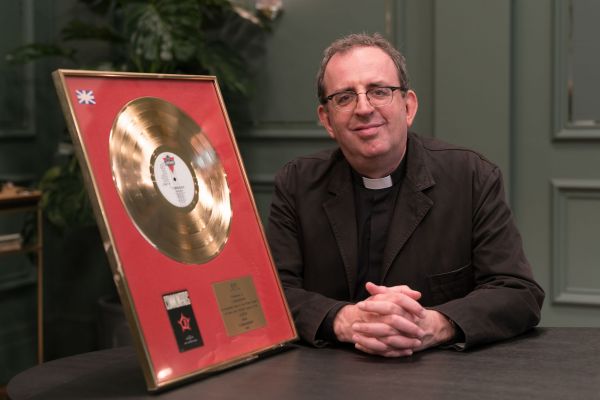 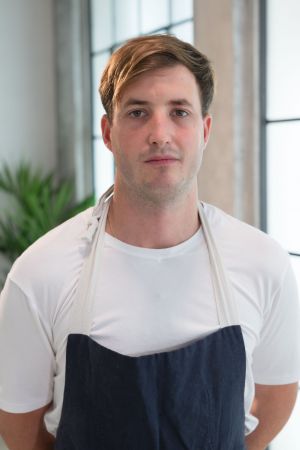 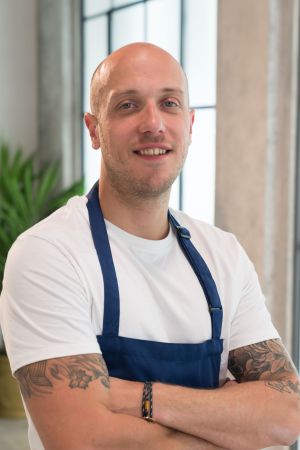 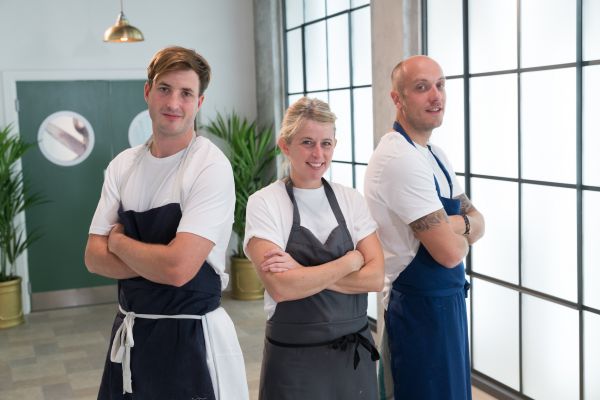 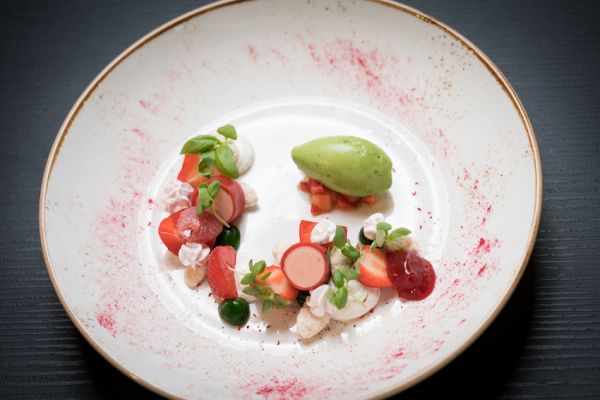 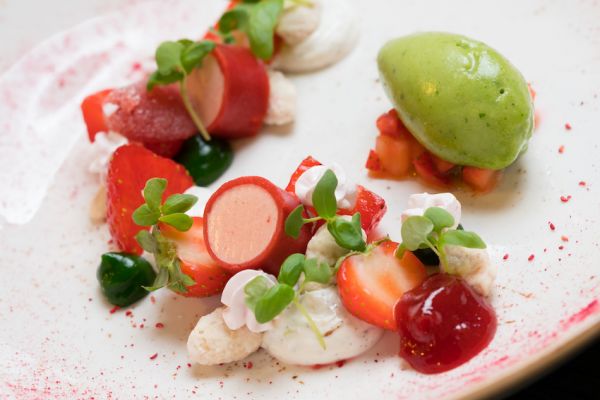