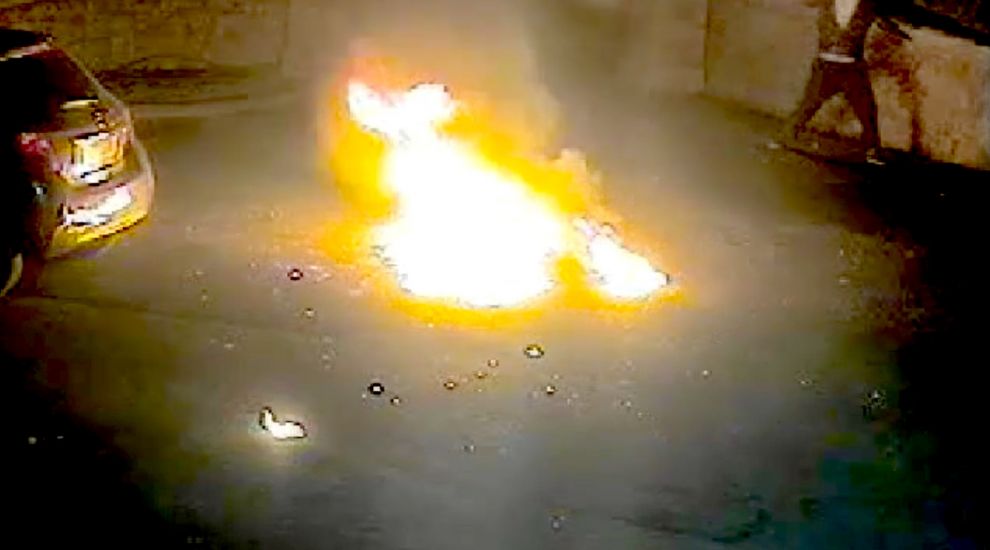 Police have released CCTV footage of the ‘molotov cocktail’-style incident at St. Saviour’s Parish Hall earlier this week car in a bid to identify the two perpetrators.

The potential breach of the Fire Service Law, which caused damage to a Parish car, occurred between 21:05 and 21:10 on Monday (2 May).

They appealed for the public’s help on Wednesday, but are still on the lookout for the culprits and have released CCTV to help in the hunt.

Video: Do you recognise these people? Footage of the incident involving flaming bottles. (SOJP)

“Two suspects were seen on CCTV to throw flaming bottles into the car park of St. Saviour’s Parish Hall on Monday night between 21:05 and 21:10. Nobody was harmed or injured but damage was caused to a parish vehicle that one of the bottles hit,” officers said.

“Several cars were seen to drive past around that time and police would like to speak to any drivers in that area at that time who may have seen anything.”

Anyone with more information or who recognises those in the clips  is urged to contact Police on 612612 or the independent charity Crimestoppers anonymously on 0800 555 111 or via its anonymous online form.