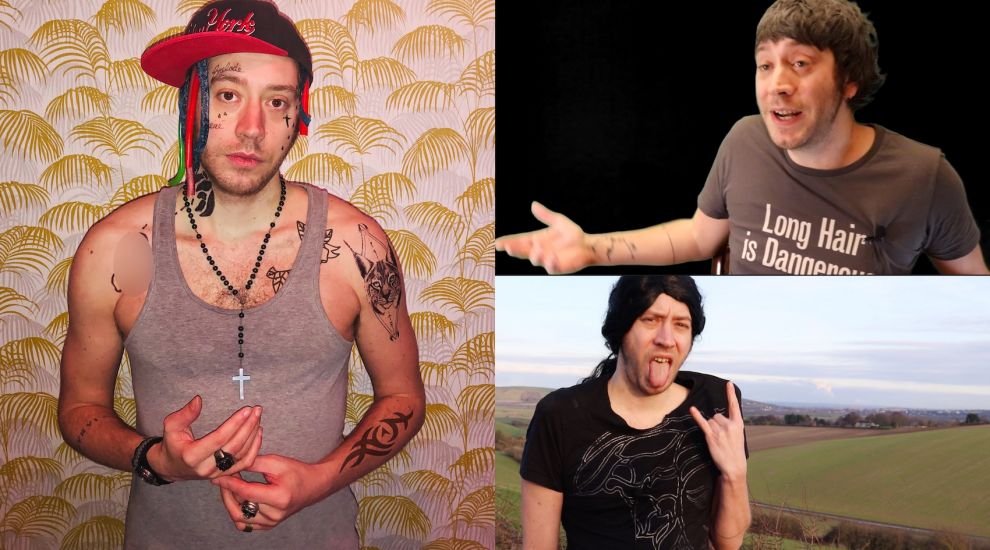 Rapper ‘Lil’ Langtry, DJ Puddleduck and guitarist Shoulders Pallot are among the local musicians dishing the dirt on Jersey's music scene in a new 'rockumentary'.

The characters come from the imagination of Christian Jegard, who has drawn inspiration from his experience as a musician to create a 'mockumentary'.

The Jersey-born comedian, who is now based in Brighton, emerged on the stand-up scene in 2019 but many islanders will remember him as the frontman of indie rock band ‘The Valentines’.

A performer from a young age, Christian was encouraged by his wife to enter a stand-up comedy course.

“She got me focused on doing things and making videos and things and I actually quite like lit,” Christian said.

Last year, Christian’s lockdown antics - which ranged from crying on the toilet to making ‘Russian mayonnaise’ - got him noticed on the national scene.

He was among the finalists in the M​usical Comedy Awards ​‘Crooner’s Against Corona’ competition and a runner up in the Comedy Crowd TV Showcase. He also won a British Comedy Guide Award for his music video, 'Stay Inside', while his short film 'Delivery' was shown at the Austin Comedy Film Festival in Texas.

While Christian says he stopped “dreaming of being a rock star a long time ago” - although he still loves to write and play music - he was happy to take a trip down memory lane for a commission from ArtHouse Jersey.

“I said I will do something about the music scene, but then realised I have not lived in Jersey in 10 years - I visit regularly but I do not know anything about the scene,” Christian said.

“But I thought since I said I would do it, I have to commit and I thought about different characters based on the musician archetypes I would see in Jersey, not in a bad way. They were all really nice people.”

Video: Christian sings us through his lockdown routine. (WARNING: Contains language that may offend)

“It was just fun to do,” Christian said. “When I was younger, and I was in a band in Jersey, I was silly but for some reason people want you to be earnest.

“Even though I like music, comedy is better suited for me.” 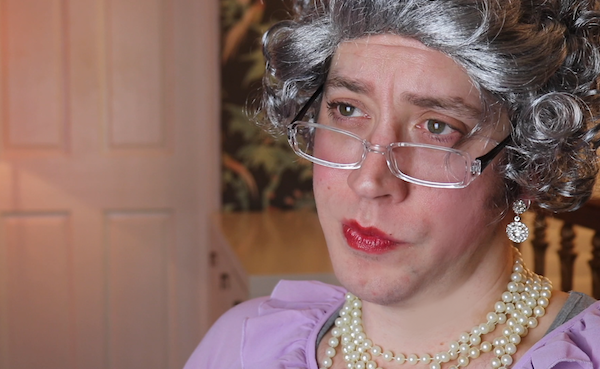 Pictured: Lil’s grandmother (Granny Langtry) also features in the video, sharing her insights and feelings towards her grandson’s urban sound.

“Music helped prepare me to be a stand-up,” Christian adds. “One of the most scary things when you first start is to appear natural on stage, it is not a natural thing to be stood on a stage with a microphone in front of people like you are having a conversation.

“Being in a band, or being on the stage in any kind of way, it prepares you for it because you have to be used to be on stage and be fine with looking like an idiot.”

Christian enjoyed producing his latest sketch so much that more videos of Jersey’s Musical Journey could soon be released.

Video: Another of Christian's comedy skits - a simple explanation of the UK's covid tier systems. (WARNING: contains language that may offend)

“As soon as I had finished filming, I thought of other more characters I could do,” Christian said.

“Once you finished you think, ‘I should have added this’, which is why it’s good if you can make a series, maybe three or four pieces, then it means you can hold over any ideas you have.”