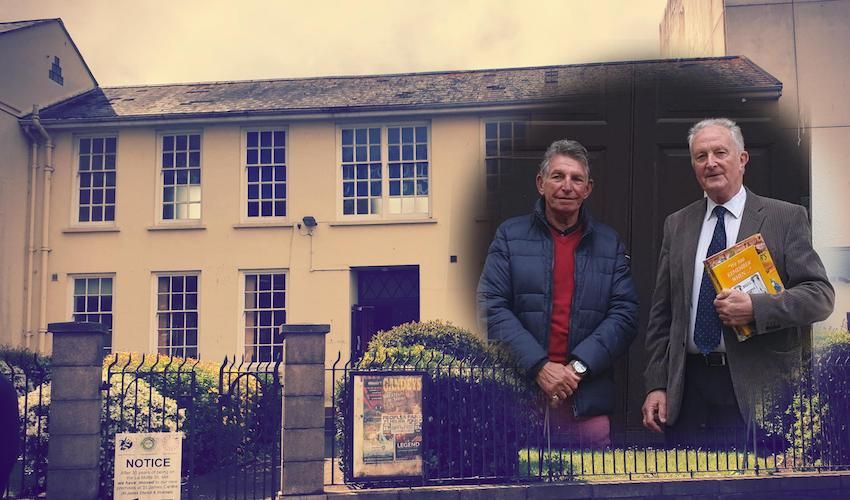 Two friends have shared memories of their teachers, favourite subjects and the mischief they got up to as they enjoyed a special visit to their old school... almost 60 years after their first day there.

Mr Le Masurier explained that, after passing the school many times "hoping we would be able to have a look around", they finally got in touch with Jersey Property Holdings - the government department responsible for looking after the building - to ask if they could pay it a visit.

Video: The schoolmates - now both in their 70s - taking a look around for the first time in decades.

The response was positive, and, last Wednesday, they once again got up to climb the stairs to what used to be their maths class.

Stepping foot inside the old building - which was extended thanks to Sir Jesse Boot, of Boots the Chemist, in the early 20th century - sparked many memories for the pair, who reminisced about the many teachers that marked their time at the school.

They recalled some in particular as "creepy", while another was remembered for throwing chalk over his back to whoever was talking during lessons. 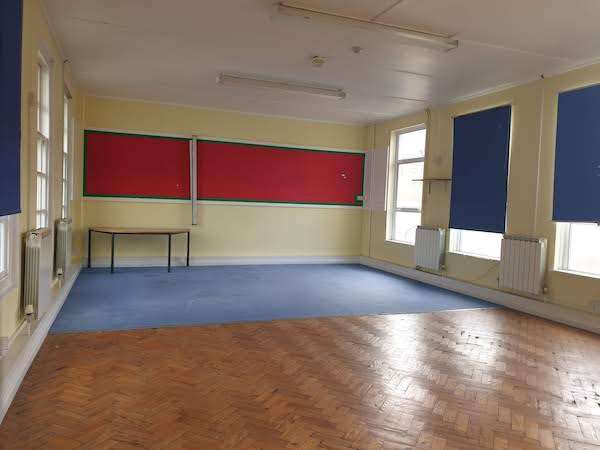 Pictured: One of the classes Peter and David visited.

Looking at the courtyard at the back of the building, which is now being used as a car park, the pair also remembered how they used to climb onto the roof to take a peek at the school's beehive.

Speaking to Express, Mr Le Masurier said he had "very good memories" of his time at the school.

Clutching his old maths book, as well as a prize he won for excelling in science, he explained after the tour that he had enjoyed reminiscing about his time at the school, but struggled to reconcile some of the current layout with the school's former appearance. 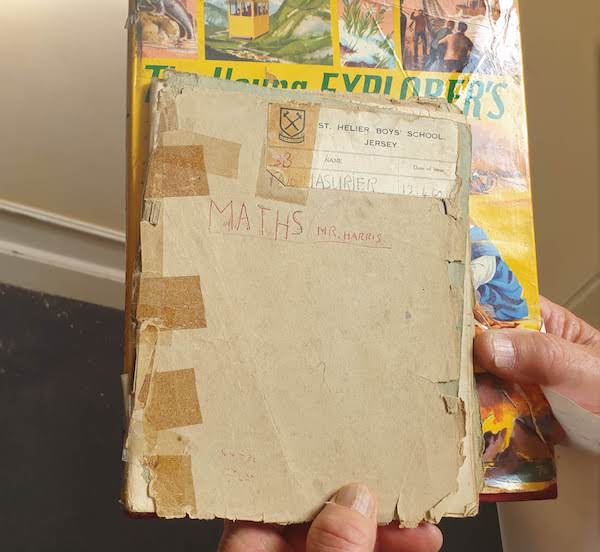 After the school closed, the building was used by the Youth Centre which has since moved on to St. James Centre. The building is now used as a storage facility.

"As memory fails as you get older, I don’t remember it being like this exactly," Mr Le Masurier confessed.

While they said they relished the opportunity to step back in time, the pair said they were disappointed with the state of the building - many parts of which were in disrepair.

They were particularly sad to see that the stage in the school's hall, which was used for gym classes, assemblies and for award ceremonies, had been destroyed. 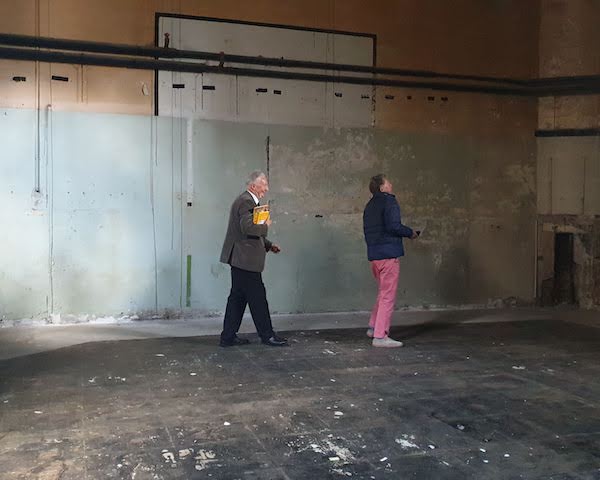 Pictured: The pair said they were disappointed at the state of the former school hall.

"The hall is a disappointment to us cause it had a stage and that’s where I got the prize from," Mr Le Masurier said.

"But it’s very nostalgic. I’d like to see the science block now and upstairs the woodwork block because I think that was very interesting in there. I loved science," the prizewinner recalled with a smile.