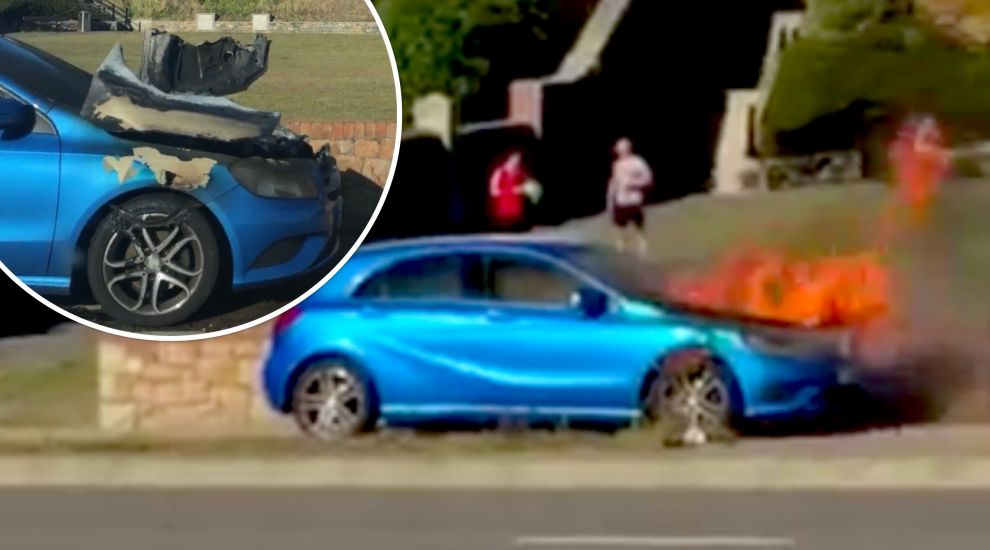 There were delays along the Avenue yesterday afternoon after a car caught fire.

Firefighters were called out to deal with the blaze by West Park shortly before 16:00 on Sunday (27 September).

Flames could be seen emanating from the bonnet of the blue Mercedes.

Video: The scene caught on camera.

Many passers-by stopped to view the dramatic scene, with one capturing it on camera from the safety of a nearby car park.

The Fire Service eventually managed to put out the fire and the car was towed away.

Pictured top: The car on fire and the damage caused by the fire (inset).