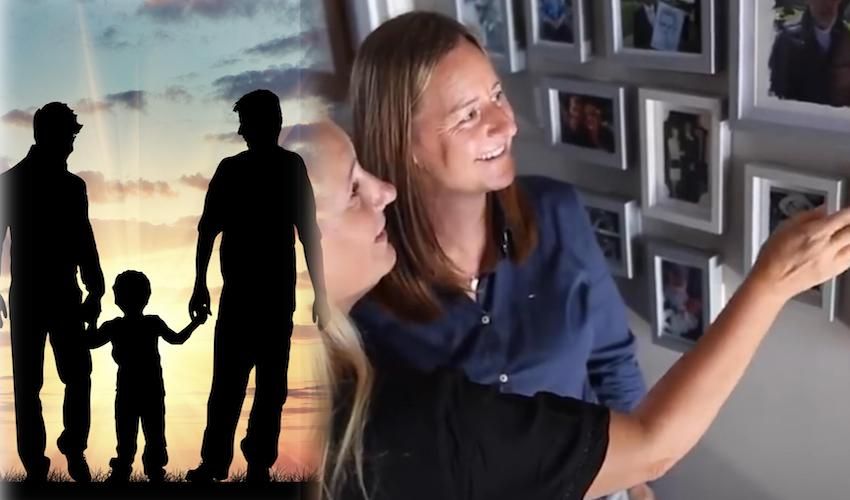 Two same-sex couples who have started their families through fostering and adoption are sharing their experiences as part of a campaign to raise awareness about the options for 'alternative' families in Jersey.

As this weekend’s Pride celebrations approach, the Government is running a campaign to promote the message that fostering and adoption is “open to everyone” and encouraging more members of the LGTBQ+ community to become carers or adopters.

Getting behind the values of the campaign, Children’s Minister Senator Sam Mézec said: “Fostering is open to everyone who can offer a child the love and care they deserve, help them to thrive, and meet their needs. Ahead of Channel Islands Pride this weekend, we feel it is important to share the experiences from LGBT+ foster carers.

Pictured: The Children's Minister Senator Sam Mézec is getting behind the campaign.

“…It doesn't matter what your family looks like. If you can provide a loving home for children who need it, then you can be considered for fostering.”

And that’s exactly what married couple and award-winning foster parents Debbie and Dee Sallows-Byrne did.

As part of the campaign, the women spoke about the rewarding nature of fostering: “It is the best feeling in the world when a child’s face lights up when you collect them, or they rest in your arms at night feeling safe. This is why we became foster parents.

“We don’t feel any different being same-sex foster parents. Nobody ever mentions it and we have huge support from our friends, family or professionals. What’s important is that you’re patient, compassionate and able to provide a safe, nurturing, supportive environment for a child or young person anytime they need it.”

Video: Debbie (left) and Dee (right) are joining the campaign to promote fostering to everyone, regardless of gender or sexuality.

Another same-sex couple who chose to start their family through adoption joined Debbie and Dee in becoming spokespersons for the ‘Fostering and Adoption with Pride’ campaign.

This couple, who have opted to remain anonymous, shared what it’s like to be part of “a small, but growing minority of same-sex families who have either adopted or fostered a child” in Jersey.

Speaking about the first time that they saw their son 15 months into starting the adoption process, they said: “both our hearts melted.”

Explaining more about the process, the couple said: “Exactly one week later, he moved in and we soon became the expert in our child. Fostering and Adoption, Jersey, were excellent in preparing us for our son’s arrival, and they provided us with an array of information about our child and his background – anything they knew, we knew.

“We had frequent visits from our son’s social worker, our social worker, a court-appointed social worker, health workers, and occasional meetings from the independent looked after child reviewer. But these never felt intrusive.” 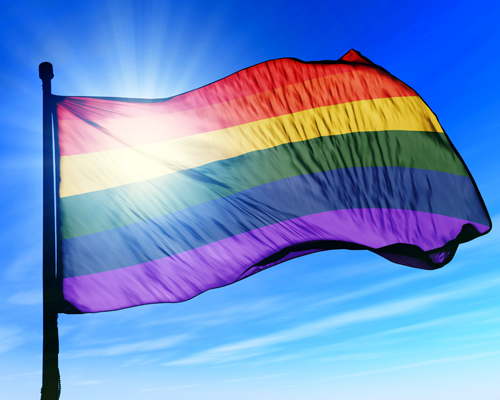 Pictured: The campaign comes ahead of this weekend's pride celebrations.

Speaking about some people’s misconceptions about same-sex families, they said: “In an island where closed minds unfortunately do not come with closed mouths, we are very aware of what some people’s views are on alternative families, however, fortunately, we have never come across anyone with anything negative to say about our family – and, most of the time, praise and compliments came from the most unlikely of people.

“We are frequently told how selfless we are and how much we are admired, but we do not see it that way, we are just two people who want to give a child the best possible start in life whilst hoping he will become part of our legacy; someone who will remember and miss us when we’ve gone.”

For this couple, adoption has brought them “so much joy” in the form of the newest addition to their family.

“Our little boy brings so much joy, not only to us but others too – strangers will regularly come up to us and say that we have the happiest child in Jersey, and that’s when we know we have done at least one thing right in our lives.

“What the future brings, we do not know – but, for the moment, we remain in awe of our little man’s resilience, imagination, and confidence – he is light years away from that anxious and lost soul we first met way back when.”

Although they say that the last few years have “been tough” and “will get tougher,” but “come storm or shine” it’s the words of their little boy which help them through: “As our son says, best friends are family and family sticks together.”

Video: Debbie and Dee Sallows-Byrne speak more about their experiences as foster carers.

The Fostering and Adoption team will be attending Saturday’s Pride celebrations and are planning a pop-up event for islanders wanting to find out more about becoming foster carers or adoptive parents.