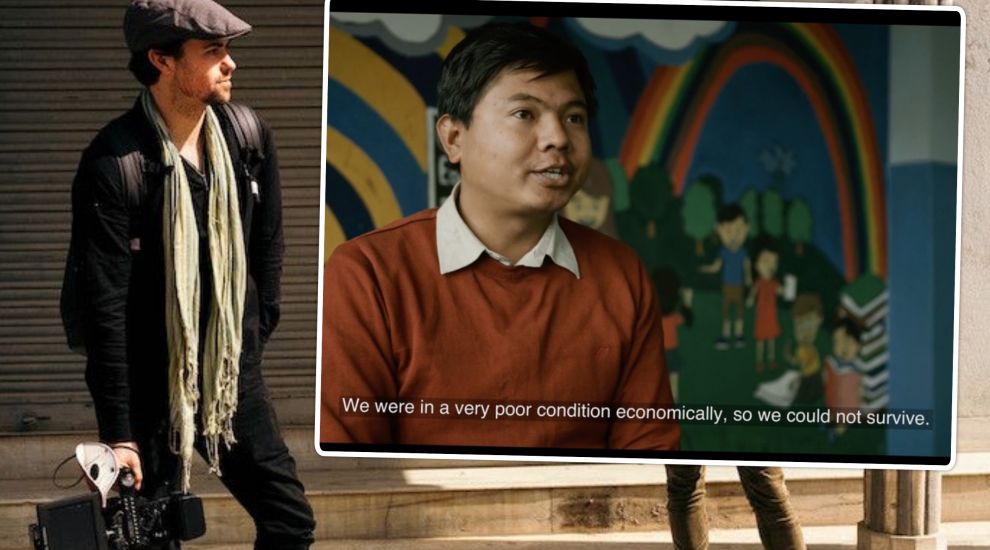 The plight of a man who escaped the harsh conditions of a carpet weaving factory in Nepal to start a new life has been captured by a Jersey filmmaker and director in a short film highlighting the struggles of children forced into labour.

Filmed by Will Jack Robinson and directed by local photographer Matt Porteous, ‘He Made It’ is a short film focusing on the story of Hem Moktan, who overcame the struggles he endured as a child forced into labour and now dedicates his life to rescuing and rehabilitating children who find themselves in the same situation.

As well as Hem’s story, the film explores the work of GoodWeave, which works with owners of carpet weaving factories in order to improve their conditions and end child labour in the global supply chain.

Video: 'He Made It', a short film made by Jersey creatives to highlight the impact of child labour. (Studio_M)

It was because of GoodWeave inspectors that Hem escaped the factory he worked in as a child. Speaking in the film, Hem says: “From that time, from that day I got a new life.”

Now, he works as one of those inspectors and has been promoted so that he works one-on-one with the rescued children to rehabilitate them.

Express caught up with Will to find out a bit more about filming this story...

How did you come to be in Nepal and how did the making of this film come about?

I first visited India last year alongside The Studio_M, Matt Porteous and Ollie Jones, documenting the incredible work that GoodWeave international are doing to protect children from labour in the rug industry. We built a really meaningful relationship.

They invited us to come to Nepal this February to tell Hem's story, which I was excited to do!

What kind of work went into creating the intimate mood of this film and how did you build that trust with Hem and the young people so that they felt at ease telling you their stories?

As a filmmaker, it’s important to build a relationship with someone before you put a camera in front of their face. This builds a connection and allows the person you’re interviewing to be open and trusting.

In February we shot this film in Nepal, Kathmandu. This is a documentary about Hem Moktan. While filming his story I really felt the weight of his story, it was heart breaking to capture. Despite his past as a child labourer he looks to the future, he is an optimist and I really admired him for that. He cemented the importance of story to me, in a time where a moment or story can change everything I am proud to tell Hems. It is World Against Child Labour day and it would mean the world if you could get behind and share this film on the lead up and possibly on the day. Thank you to @mattporteous for working on the film with me, @gellykelly for helping with the edit, @mandyhmoo for helping with sound, @crystal_dinosaur_01 for the beautiful design and @goodweave_intl for helping us tell there story.

Pictured: Will explained that the film was "heart breaking" to make as he released it this week.

We met Hem for a coffee a couple of days before shooting with him and made sure we connected people before anything else.

Again, with the children, we made sure to smile and connect with them before getting the cameras. This leads to some beautiful, intimate moments, only possible through trust and connection.

Why do you think stories like Hem’s need to be told to a wider, international audience?

An individual story connects on a deeper level. Hem really cemented the power of story to me and at this moment in time, a story can change everything.

The gift I have as a filmmaker and especially this genre of film can show the viewer a different way of life as if they were watching their neighbour.

If we can inspire the viewer in a cinematic beautiful style, I genuinely feel we can connect to inspire change by helping to tell these stories.

You’re releasing this film in time for World Against Child Labour Day, how aware of this issue were you before making this film and what do you hope people take away from watching it?

We were aware of it to a certain level due to filming last year's film ‘One Hundred & Fifty Two’. But this year we really took it to the next level, we really saw the whole story.

There’s a scene in the film where it looks like super 8 footage and represents a flashback, but that footage was shot on my iPhone. Matt and I had been told that there was child labour going on in this factory and we went in there and saw it first-hand, quickly got some shots and left before the bosses could see us. 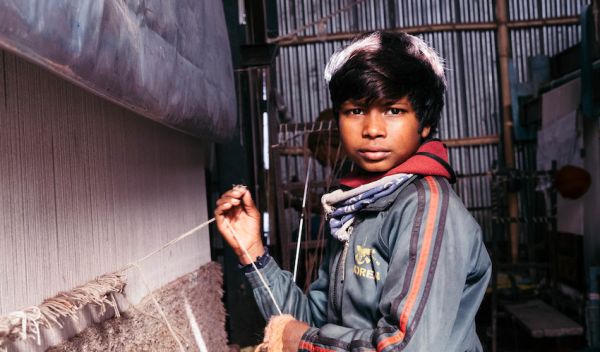 The whole thing was very hard to film, due to the weight of the story.

I remember feeling quite emotional that week, every night it was very challenging to process what it was we were seeing, but I knew the power of the story was going to make a change.

What are your plans for the film going forward?

I plan on submitting it to film festivals and see how it does on that circuit, really just push it out there as much as possible and raise as much awareness as we can.

Pictured top: Will Robinson (left), who filmed 'He Made It', the story of Hem Moktan (inset), who was forced into labour as a child. (Studio_M)

Free scheme to break down barriers to sport for kids