WATCH: The Jersey girl that kicked the hornets’ nest 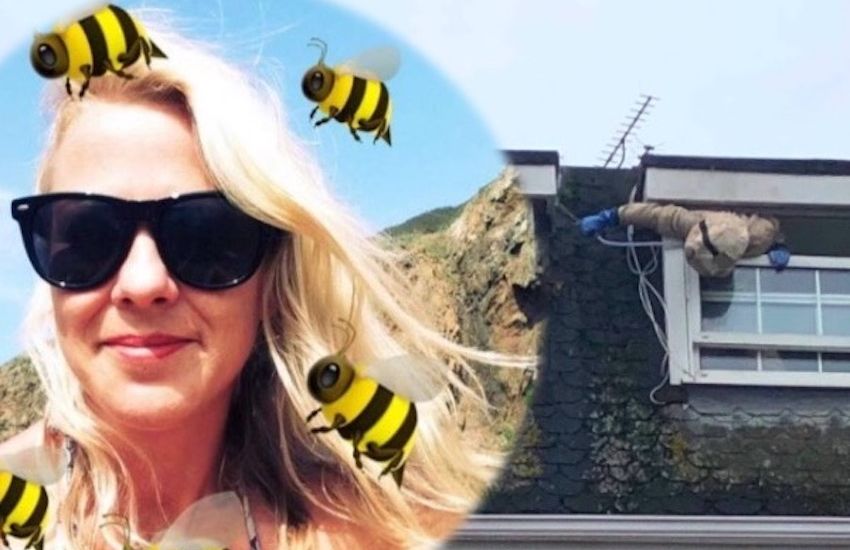 WATCH: The Jersey girl that kicked the hornets’ nest

An islander blighted by around 1,000 ‘killer’ critters living in her roof has said she is “hummmbled” by the efforts of islanders to put an end to her hornet hell.

Thanks to officials from the Environment Department and members of the Jersey Beekeepers Association, St. Aubin resident Leonie Hervé’s flat was cleared of Asian Hornets yesterday.

Although they pack a mighty sting for humans, the insects pose biggest threat to bees, which they hunt down and feed on.

Ms Hervé made the shock discovery that hundreds of hornets were living in her roof on Monday after hearing tapping at her bedroom window and spotting 20 to 25 flying past her window every minute. 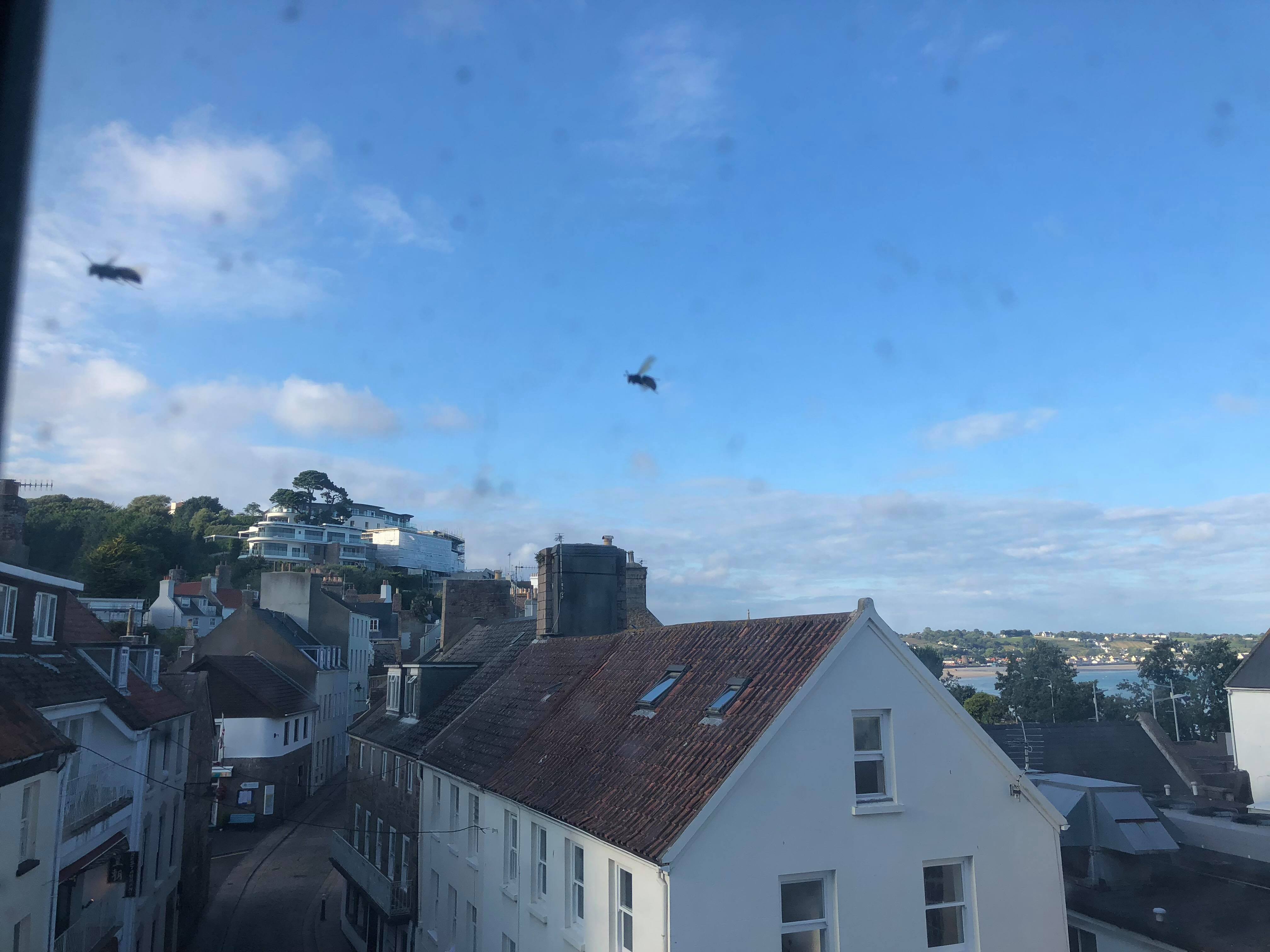 Pictured: Ms Hervé said she was horrified to see hornets flying past her window carrying a "cargo" of bee abdomens.

It later emerged that they had made their headquarters in her roof, which they accessed via a tiny hole.

She initially feared that she’d have to evacuate her property while it was fumigated, but the matter was yesterday dealt with by a pest control expert, who was forced to lean out of a top-floor window to destroy the colony.

In a controlled mission, insecticide was carefully injected into the nest area by the pest controller who wore a protective suit.

Ms Hervé, who described her flat as a “hive of activity”, told Express that she was relieved that it was dealt with in this way. “My flat is fine. The chemical they used doesn’t pose any threat to humans, and it’s contained in the roof space," she said.

Video: A pest control expert injects insecticide into the roof nest from the fourth-floor window.

Nonetheless, she said she was still shocked to have such a large hornet population living so close by without her knowing.

Speaking of her experience before the nest was destroyed, she recalled: “I was listening in, to see if I could locate the nests exact spot. I did. It was just over a foot away from where they were seen going in and out... I could here lots of gurgling and cracking sounds. Like the sound effects from an Alien film…

“I find it crazy that although I had my windows wide open they could have been there for six weeks, a foot away. One of the Environment Officers told me that this wasn’t unusual. He said a family had been eating dinner out on their veranda all summer and had never noticed that a nest was only a few feet away. We really do need to be vigilante to spot them!”

She hopes that her experience will serve as a lesson to others to act as soon as possible if they spot one of the inch-long beasts. 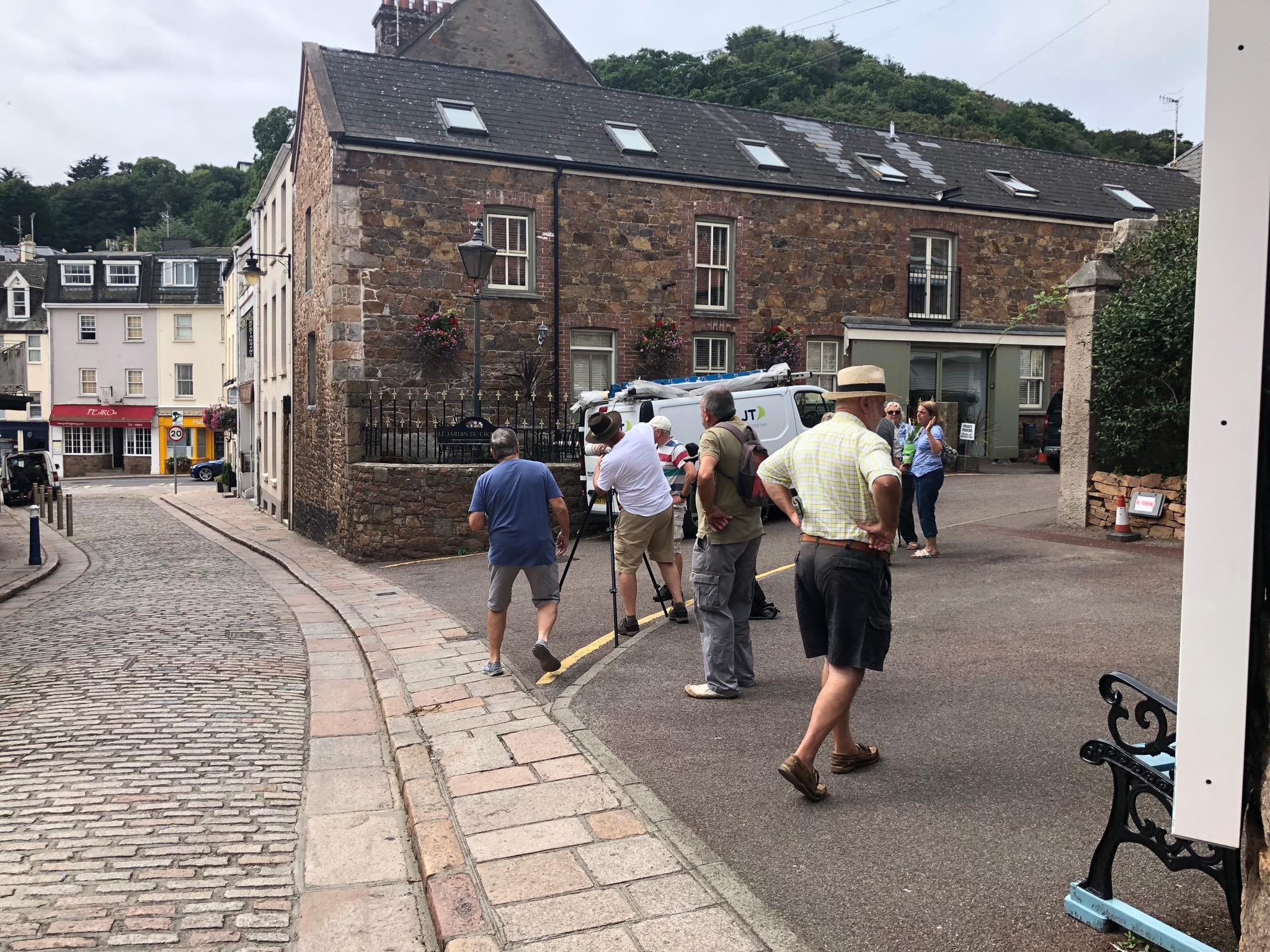 Pictured: John De Carteret of the Jersey Beekeepers Association managed to locate the nest, which was accessible via a tiny roof hole, using a telescope.

“It’s been very hummmbling how everyone has come together, including the surrounding villagers, to help with the issue.

“Whilst the positive news is that the Beekeepers Association have found three hives in three consecutive days, I was told that there is still at least half a dozen to be found. And the race is on before the summer ends. If the new queens leave the nests, more will be created, so it’s crucial that they find them now. They are appealing for volunteers to help track them so I urge anyone who has the time to get in touch. Apparently, there could be another nest in the area surrounding St. Aubin, but hopefully I will less of them now.”

John De Carteret, a member of the Jersey Beekepers Association who has played a central role in Asian Hornet elimination efforts, praised the help of the Devon Beekeepers Association and Exeter University;s Dr. Peter Kennedy and his assistant, Jess, who both arrived on Monday. The pair came equipped with an electronic tracking system, partly funded by DEFRA.

“We are now all working together, and by a combination of these methods we have already found three Asian Hornet Secondary Nests this week, all at locations where numerous reports of Asian Hornets had been, or were being received. However, the ongoing situation is very dynamic with reports being received on a daily basis of Asian Hornets being seen at new locations across the Island. Our local volunteers, together with our UK supporters currently here are currently at various locations trying to find the more nests that we know must be here. These are exceptionally difficult to find, and even when found sometimes very difficult to see..!" he told Express. 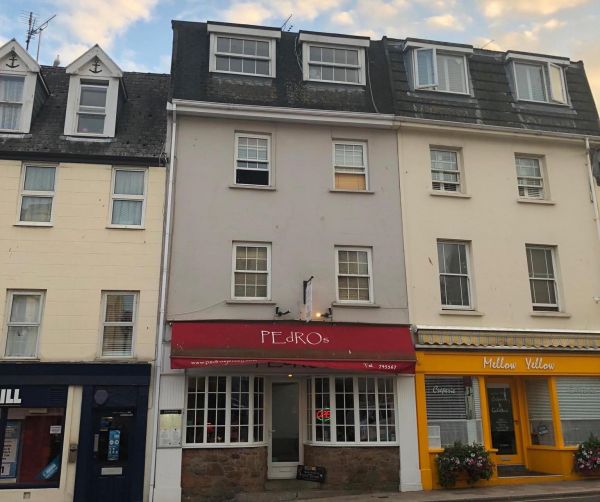 He added: “The help that we have received from the public has been invaluable, in telling us where hornets are seen which enables us to pinpoint areas of activity. These next few weeks, as we move into September become even more important as we know that the new Asian Hornet Queens will emerge, be mated, before hibernating to create next years generation. This insect has the ability to produce large numbers of new Queens from each nest and it is our intent to find and destroy as many nests as possible before this happens."

"I would have pulled the transaction"

"It was just unbelievable and upsetting when I heard"

Former nursery owner asked to pay back £1.6m from sale

For love of honey! A sweet gift from the future Queen bee