WATCH: "No injuries and minimal damage" caused by Tamba fire 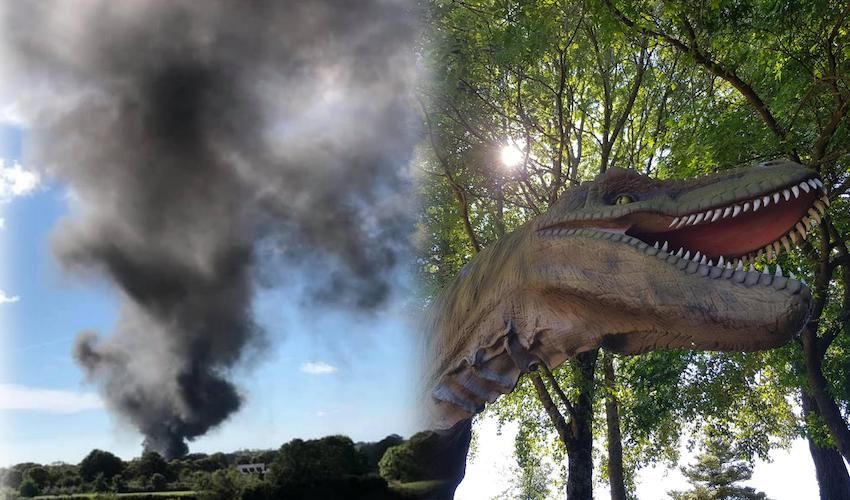 WATCH: "No injuries and minimal damage" caused by Tamba fire

"No injuries and minimal damage" was caused by a large fire which yesterday broke out at family attraction Tamba Park after a emergency service response that made "short work" of the flames.

Owner of the park, Jonathan Ruff, took to social media to praise the responding firefighters, ambulance crew and police officers for bringing the fire "under control in no time at all."

Firefighters and police officers dealing with the blaze in St. Lawrence advised residents in the vicinity “to close their windows" and the area was temporarily shut off.

The flames were then brought "under control" and the area was quickly reopened to the public according to the latest update from Police. They said: "The fire at Tamba Park is now under control and the roads are open. Residents are advised to keep their windows closed for a while longer as there is still smoke in the area."

This is the third time in two years that the park has suffered a fire after dinosaur dental work and a ‘mystery arsonist’ caused two separate blazes months apart in 2017.

First glimpses of the fire caused many islanders to flock to social media, posting images and videos of the smoke emanating from the park.

Islanders were initially instructed to avoid the area whilst the fire was dealt with.

Pictured: Images of the blaze have been circulating on social media (Facebook/Lauren Trachy).

Police first broke the news of the fire with their post on Facebook: “Police and Jersey Fire & Rescue are currently dealing with a large fire at Tamba Park, residents in the area are asked to close their windows at this time, there is presently no requirement for anyone to leave their properties and we would also ask that drivers avoid the area immediately around Tamba Park. We'll post updates shortly."

At the height of the flames, LibertyBus announced that they would be rerouting the no. 7 bus which drives through the parish.