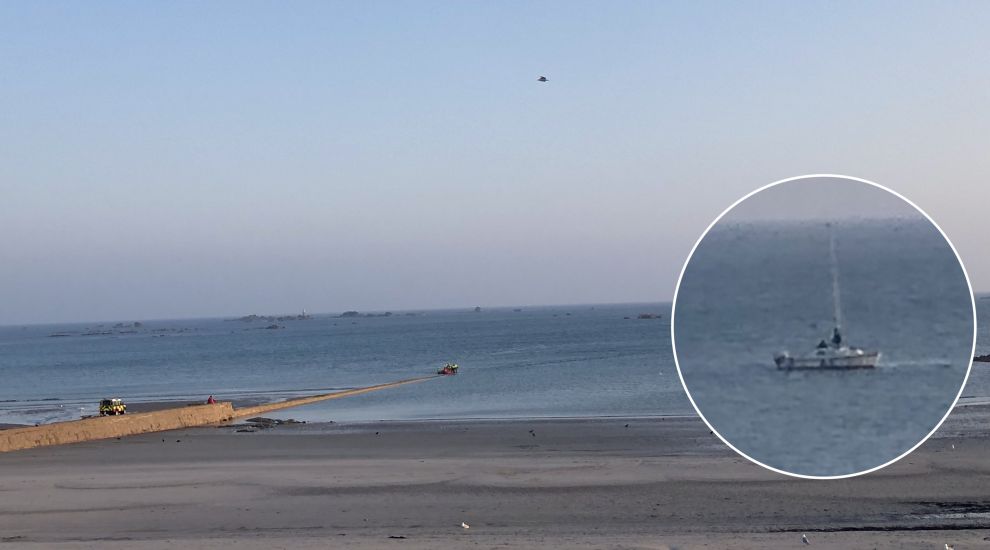 Lifeboats had to be called out this weekend to rescue a 25-foot yacht that had run aground on rocks near the Dicq slipway.

Jersey Fire and Rescue Service’s Inshore Lifeboat – known as ‘Fire Alpha’ – was firstly called by the Coastguard around 19:27 on Sunday (8 May).

The lifeboat went out to check what had happened, finding that the sailing vessel, which had four people on board, was being held in place by its keel.

Video: Two individuals who were on the yacht make their way back to shore after being picked up by Fire Alpha.

Two people were transferred onto Fire Alpha and taken back to shore, with the other two remaining on the stricken ship.

The RNLI Inshore Lifeboat was then called in shortly after to help free the vessel from the rocks. 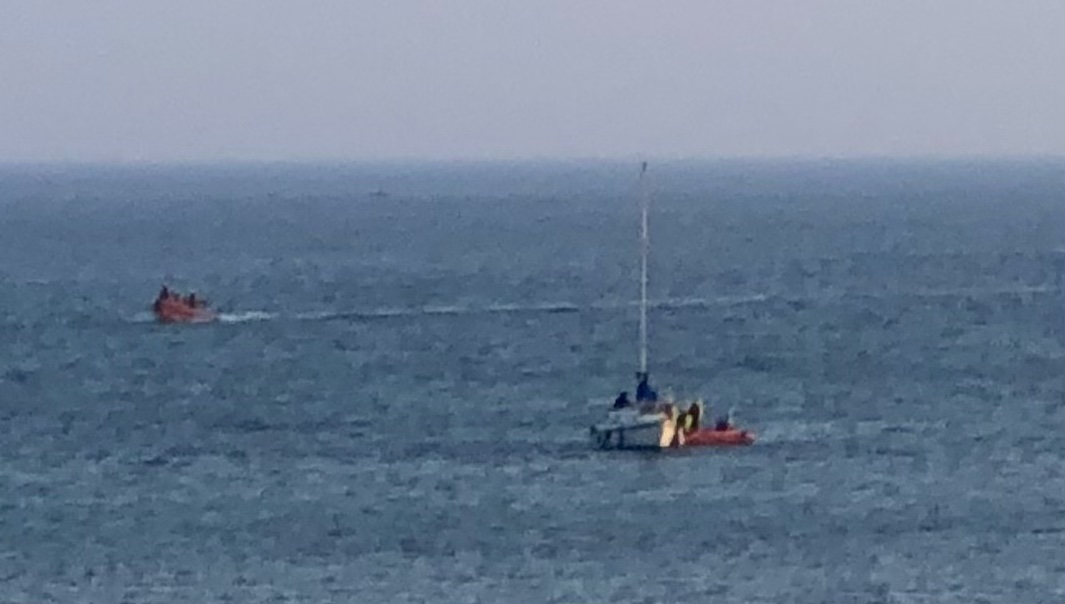 Pictured: The RNLI Inshore Lifeboat makes its way towards the stricken sailing vessel.

It was then towed back to St. Helier Harbour.