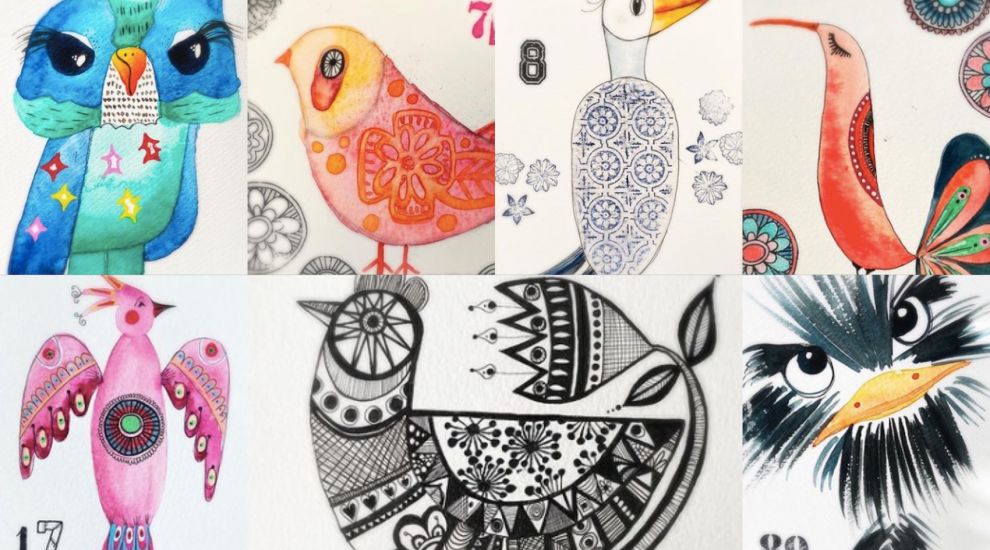 A local artist, who spent 100 days drawing birds during lockdown, is due to see her kaleidoscopic creations take flight on islanders' letters.

Inspired by the tree outside her window, Berni Martin set herself the challenge of painting a bird every day while the 'stay at home' order was in place last year, and eight of her colourful creations now feature on a set of self-adhesive stamps.

Whilst she wouldn’t describe herself as an artist, Berni says she loves painting, and everything crafty, as well as taking photographs.

Video: The lockdown birds were inspired by those Berni could see from her window.

Last year, when the pandemic hit the island, she was inspired to start painting birds by the flock living in the “massive tree” that sits outside her window.

“I work full-time, so it had to be something quite simple and easy to do,” she said.

“Birds are quite easy, and we just have this abundance of birds outside the window.

“I just love them; they all have different little characters. I was watching them come for the bird feeder and they are all quite sneaky. They take bird seeds and if they do not like it, they chuck it out. It’s fascinating.”

While she was originally going to paint 20 birds, Berni then decided to join the ‘100 Day Project’, a global art project that invites participants to pick a creative practice and stick to it for 100 days.

“It’s a way of making sure that you are creative and it’s just good to practice,” Berni said.

“I like to have a little challenge.  When I finished work, I would get into my art room and spend 30 minutes doing whatever.

“During the first lockdown, it really helped, it was something to look forward to each day.”

The result was a collection of 100 “wonderfully colourful” birds, each with its own personality.

“They are nice and bright and a bit different, they all have a little character, some of them are sad, because some of the days I have painted were sad, because we did not know what was going to happen,” Berni said.

One of Berni’s friends - a Graphic Designer, who helped find a different name for each of the birds - contacted Jersey Post to suggest they be used on stamps, without telling Berni.

Jersey Post described the birds as “a symbol of hope and freedom”, adding that they were “indicative of everyone’s ambition to remain optimistic throughout the pandemic”.

When she heard that Jersey Post was interested in her flock, Berni said she was “absolutely delighted”. 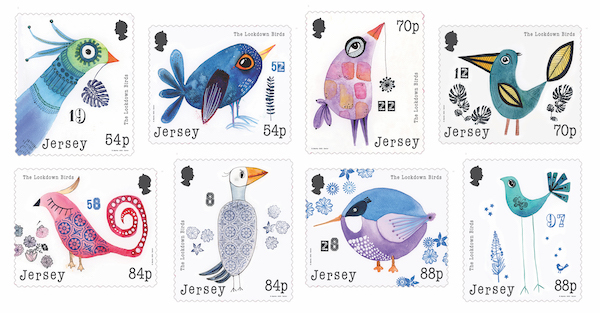 Pictured: Jersey Post has picked eight birds to feature on the stamps.

“They were really brilliant to work with,” she said.

“They took all 100 of them and scanned them and then picked eight. I think they picked really well.

“They are not perfect, some of them have splashes of paint, I was only doing them for me. If I had known that they were going to be on stamps, I would have stressed about making them amazing.

“I was completely made up with it all, they look really great and really colourful.”

Pictured: Berni is now making a series of 100 collages on sample paint cards.

Berni, who has now moved on to a series of 100 collages, hopes her birds will make people smile and brighten up their mail. She also hopes they will encourage more to send letters.

“I have ordered some extra ones - I am a bit old school and I like to send birthday cards,” she said.

“I hope they will hope revive a bit of a postal interest. It’s so lovely to receive a letter in the post or a handwritten note, it’s so nice to look back on."

GALLERY: The flock in pictures... 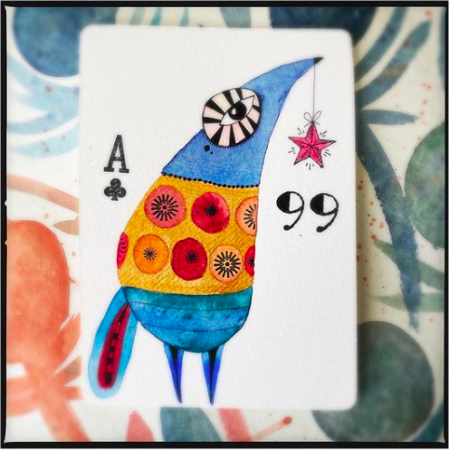 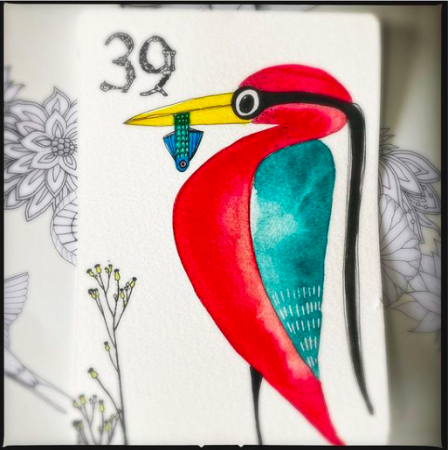 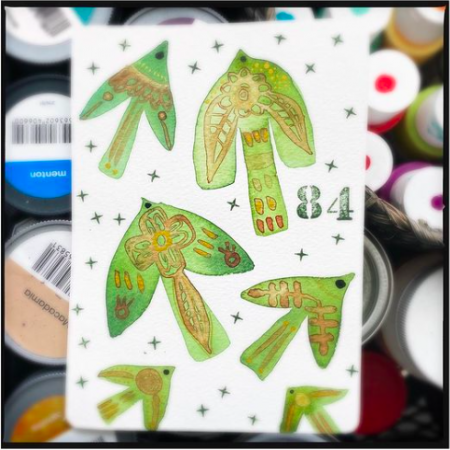 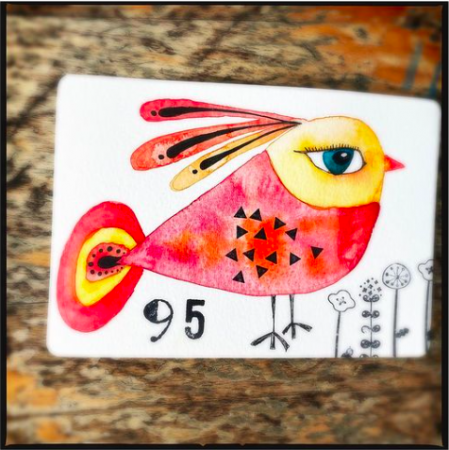 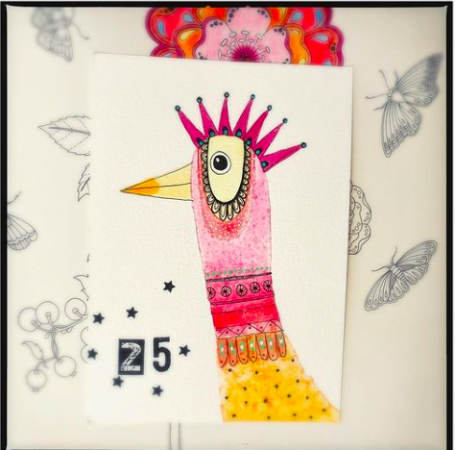 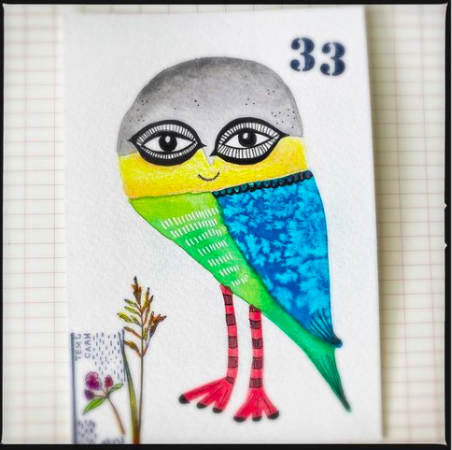 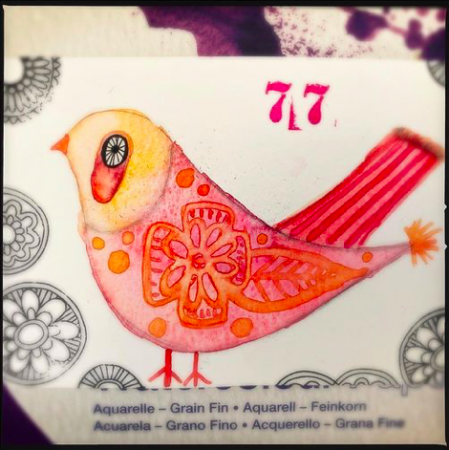 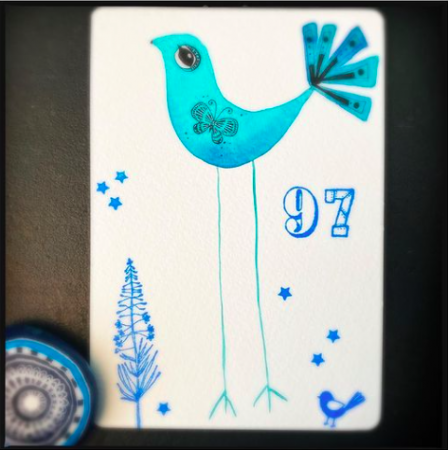 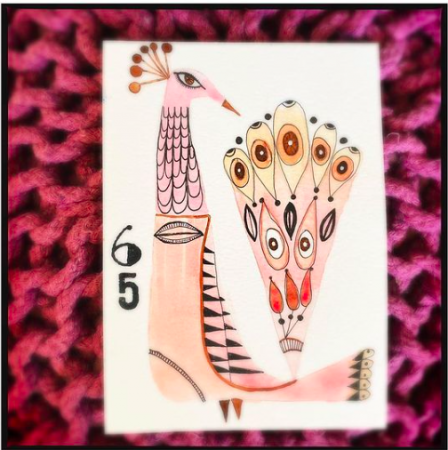 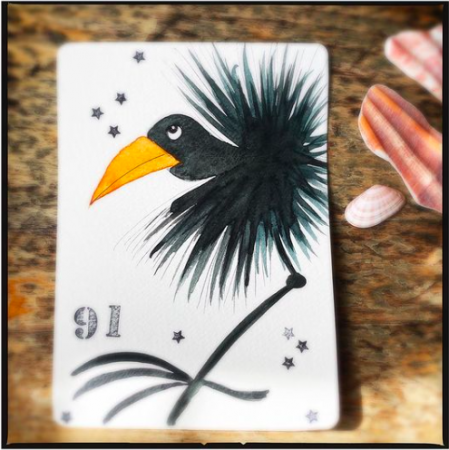 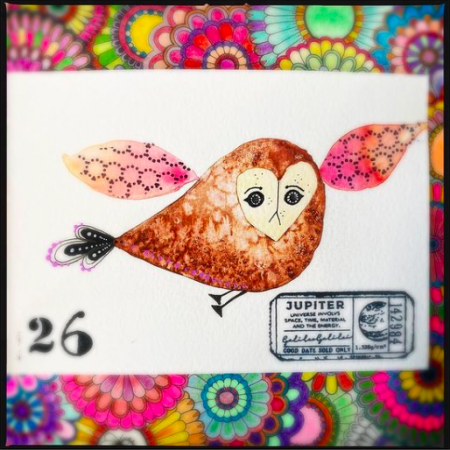 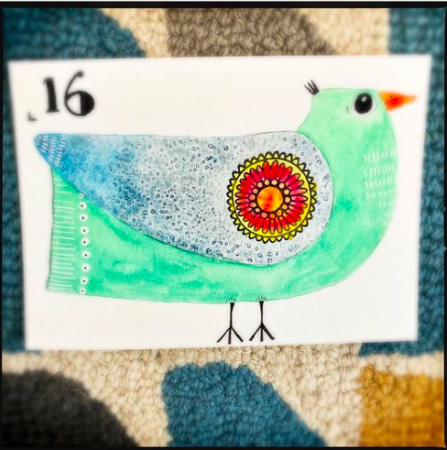 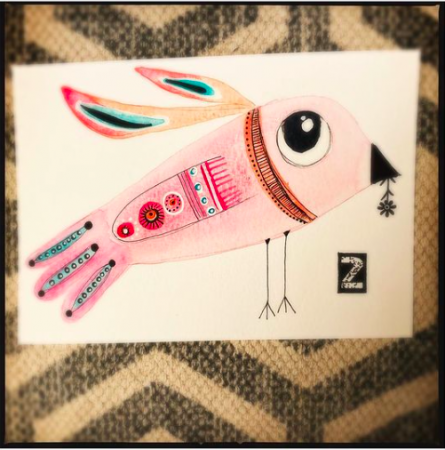 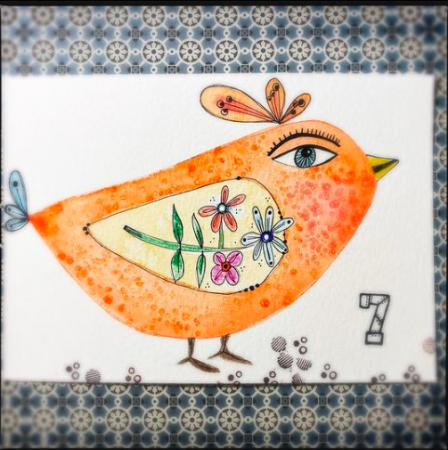 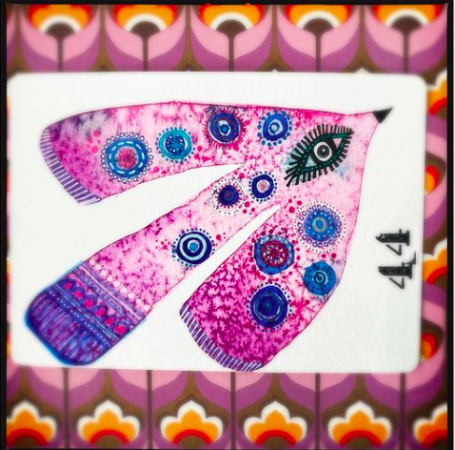 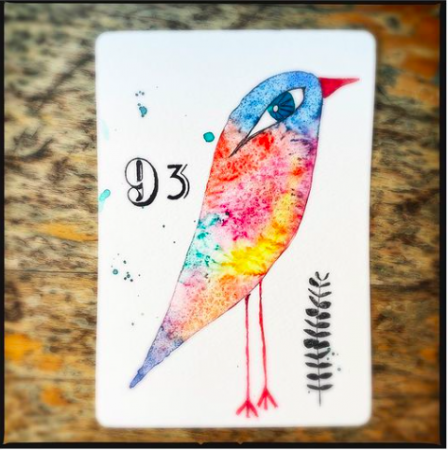