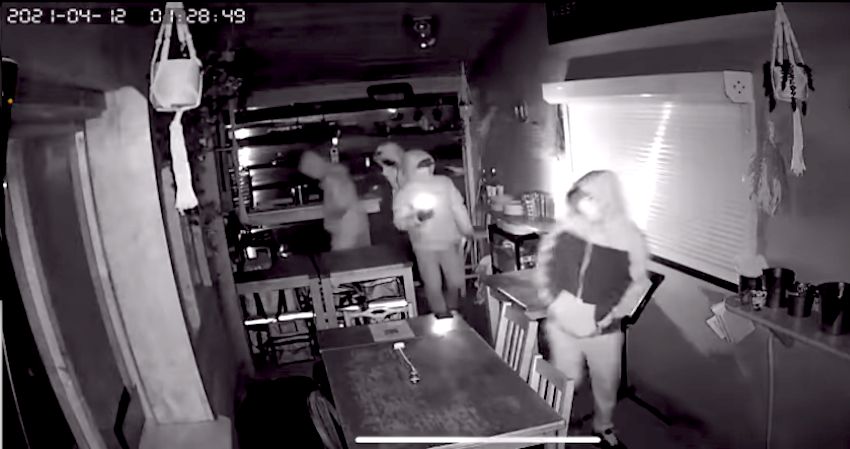 Masked intruders took professional kitchen knives, iPads and tills and damaged a St. Brelade restaurant in what’s been described as a “horrific burglary” in the early hours of Monday.

Off The Rails said the intrusion – which “appeared to be planned and organised” - happened around 01:30 on 12 April and involved seven individuals.

The Railway Walk-based pizza and tapas restaurant Off the Rails is now offering £500 to individuals with information that leads to arrests.

“As they left, they cut cameras and switched off the power, defrosting freezers/fridges leaving huge amounts of food perished,” the restaurant explained in an appeal to the community on Facebook.

“They’ve committed mindless criminal damage and scrawled graffiti on the walls. They wrote on the wall ‘ARC WAS HERE’ were wearing distinctive hooded clothing.

“They stole tills, ipads and various other items. They pulled cupboard doors off and slashed the walls. Most troubling, is that they’ve stolen 8-9 large and extremely sharp professional kitchen knives. We believe these individuals to be a danger to themselves, other young people and the community at large.”

They added: “This is not what our community is used to, is about or I expect wants to continue.”

Off The Rails said that “fortunately no one was hurt”, but that staff were “in shock and feel very sad about the violent damage that has been done.”

Police have begun gathering evidence about what happened, and Off The Rails are appealing to the community directly to help them find out what happened and have released a video to help identify those involved. In it, the intruders can be seen using torches to inspect the area.

Anyone with information can contact Police on 612612 or email otr@offtherailsjersey.com.