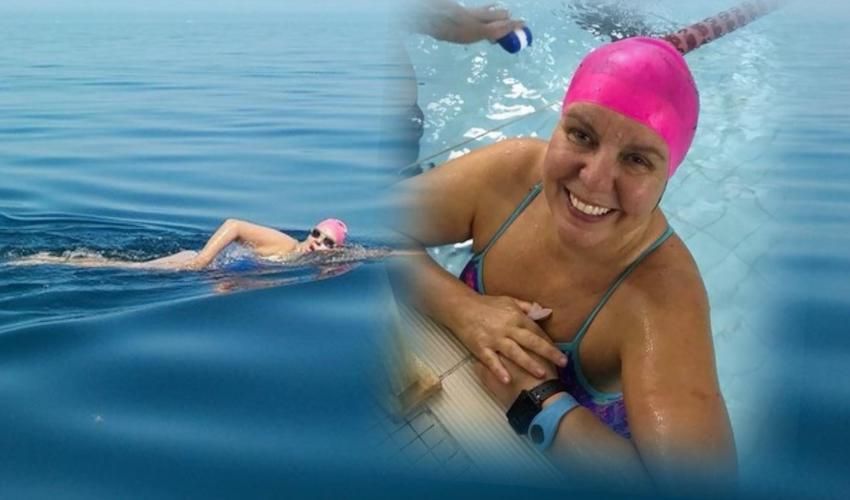 A local mother and charity shop manager has this week completed a “brutal” swim across the Channel in just under 20 hours to raise money for a new bursary for adults with autism.

Karen Gallichan, who manages the Autism Jersey boutique, completed the 21-mile swimming challenge to fundraise for a new scheme designed to help adults with autism to pursue opportunities that will improve their quality of life or employment prospects.

After completing the swim, which she described as being “absolutely brutal”, Karen told Express that it was being the mother to an adult with autism which made her realise that there is a “real need” for such a bursary scheme.

“There’s a lot of talk about children with autism in the media, but they grow up to be adults with autism and I think there’s a real need there to help adults.”

Having already completed a round-the-island swim, becoming the fastest female swimmer to do so, Karen also swam from Jersey to France last year in just over ten-and-a-half hours.

Crossing the finish line this week has been a long time coming as she spent a week in Dover this time last year, but the weather prevented her from completing the Channel swim challenge. 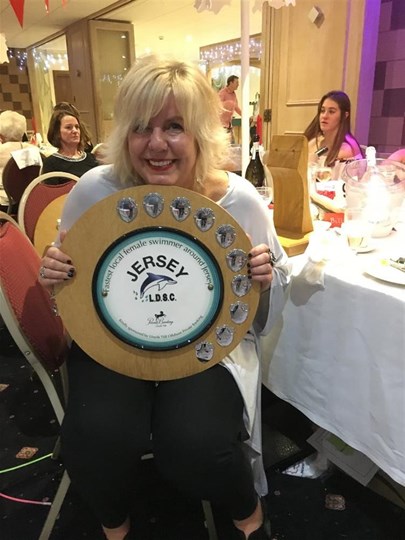 Speaking about the actual swim itself, which she completed in 19 hours and 44 minutes earlier this week, Karen said: “It was tricky, it was really tough, I thought I was going to have to give in a couple of times but I’m glad I persisted and got through it and got there – it’s done now!”

Although she said her goal began just as a fundraising mission, Karen now thinks that the whole experience has “become bigger than that.”

“It’s become about inspiring other people to set themselves challenges and achieve their dreams because in my experience you always get out so much more than you put in."

Indeed, that’s the ethos of the bursary that she will set up with the whopping total she’s managed to raise through her JustGiving page. At the time of writing her sponsorship had reached almost £13,000.

Speaking in a video taking just after finishing the swim, Karen said: “I’m a Channel swimmer! 19 hours 44! That was one of the most brutal days of my life and never ever again! Thank you all for your love and support it’s really appreciated.”

Her accomplishment has been praised by the recipients of her hard earned sponsorship, charity Autism Jersey, who wrote: “Here at Autism Jersey we are struggling to find the words to express our gratitude and awe at this absolutely awesome achievement.

We are blown away by Karen's journey of passion, perseverance and determination in her Santander International Channel Swim!”

These sentiments were echoed by the charity’s Chairman Nick Winsor who said: “Everyone at Autism Jersey is very proud of Karen’s achievements, both in and out of the water. She is an inspiration to us all.”

Going forward, Karen hopes that the bursary will continue long into the future and hopes other fundraisers will join her mission to champion adults with autism achieve their full potential.