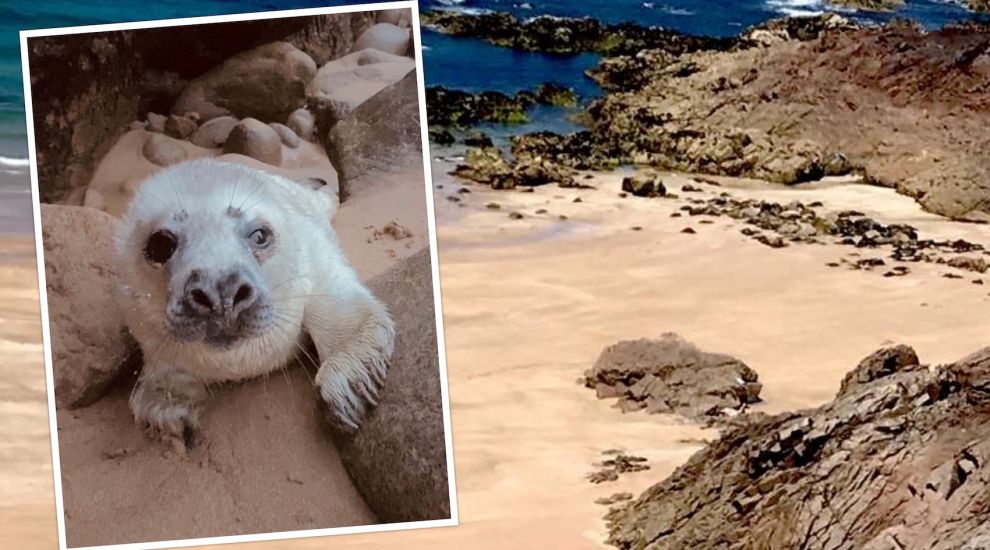 A newborn seal pup is being cared for after it was rescued at Plémont - it's thought the pup was separated from his mum in the swell.

The pup had been seen by surfers out at sea after it had approached them in the huge swell, before heading for the shore and pulling itself up the beach, where a family found him and called the JSPCA.

The little pup weighed only 16kg when it was rescued, which seems to indicate it was very young as seal pups are usually between 13 and 15 kg at birth.

Video: The pup was found by a family on Plemont beach after being spotted by surfers at sea.

Whilst its gender still has to be ascertained, it has been named Ellie after the name of its finder, who waited for the team of British Divers Marine Life Rescue volunteers to arrive to show them where it was hiding amongst the large puddles.

The team was led by Donna de Gruchy, the Jersey coordinator for seal pup call outs. They initially stayed away from the pup in case its mum came back, although it would have been unlikely after the pup had been already seen out at sea with the surfers, looking very lost.

"The temporary white coat that the pup has is not waterproof and pups this young should remain on land if possible until they moult this coat,” Ms De Gruchy explained. 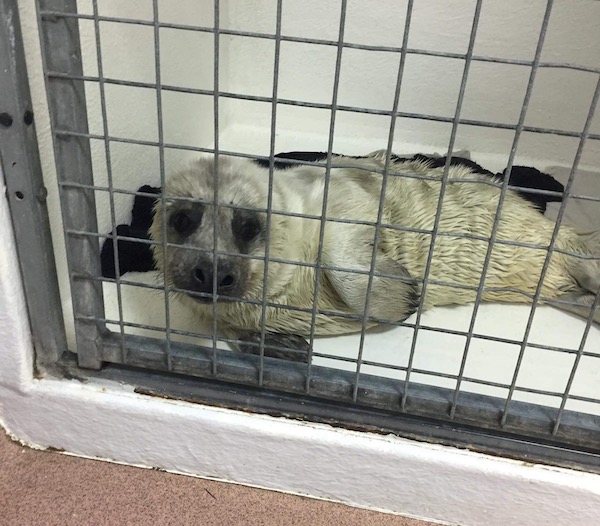 Pictured: The young pup still had its temporary white coat.

“Sadly, it is likely this pup was already washed away from mum with the huge swell and if it had continued to float around at sea with that heavy coat, it would have eventually drowned.

“This also means it would likely have not got the vital fatty rich milk from mum, which is essential for survival for the first three weeks of pups life.”

Ms De Gruchy explained that the team considered relocating the pup to the east side of the beach but eventually decided against it due to the huge swell and the age of the unweaned pup, which she said was already showing signs of weakness and desperation to feed.

“It would not have been fair to watch the pup starve,” she said.

The pup was therefore transported to New Era Veterinary Hospital with the help of the JSPCA ambulance drivers and left in “the very capable hands“ of Dr Ben Benander and his team, including nurses Louisa Bouchard, Jasmine, Layla and Kiera for a health assessment and vital fluids.

“The vet staff will have spent the night tube feeding and treating the little pup,” Ms De Gruchy explained.

Ms Bouchard reported on Monday morning that the pup was much perkier and getting stronger already. She said the pup was one of the youngest the team had looked after over the last couple of years.

Ms De Gruchy is planning to get the young pup transported to Guernsey as soon as possible where Geoff George of the GSPCA is ready and waiting for it to join Joey, a pup rescued from the Ecrehous reef in November.