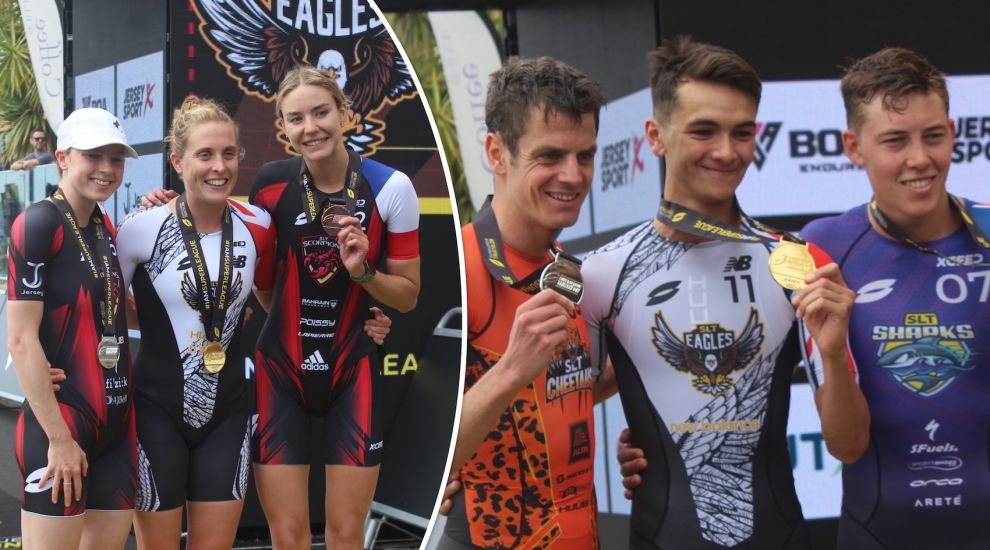 Team GB Olympic heroes stole the spotlight – and the medals – at this year’s Super League Triathlon in Jersey.

While 2019’s Super League – the last to be held in Jersey – saw French triathletes dominate, the 2021 edition was marked by the success of Great Britain.

In races packed with drama and emotion, Alex Yee and Jess Learmonth grabbed gold in the men's and women's events.

Express caught up with the athletes...

All eyes were on Vincent Luis at the start of the men’s race, with many expecting the Frenchman to replicate his gold medal success at the previous Munich race and his last Jersey race in 2019. 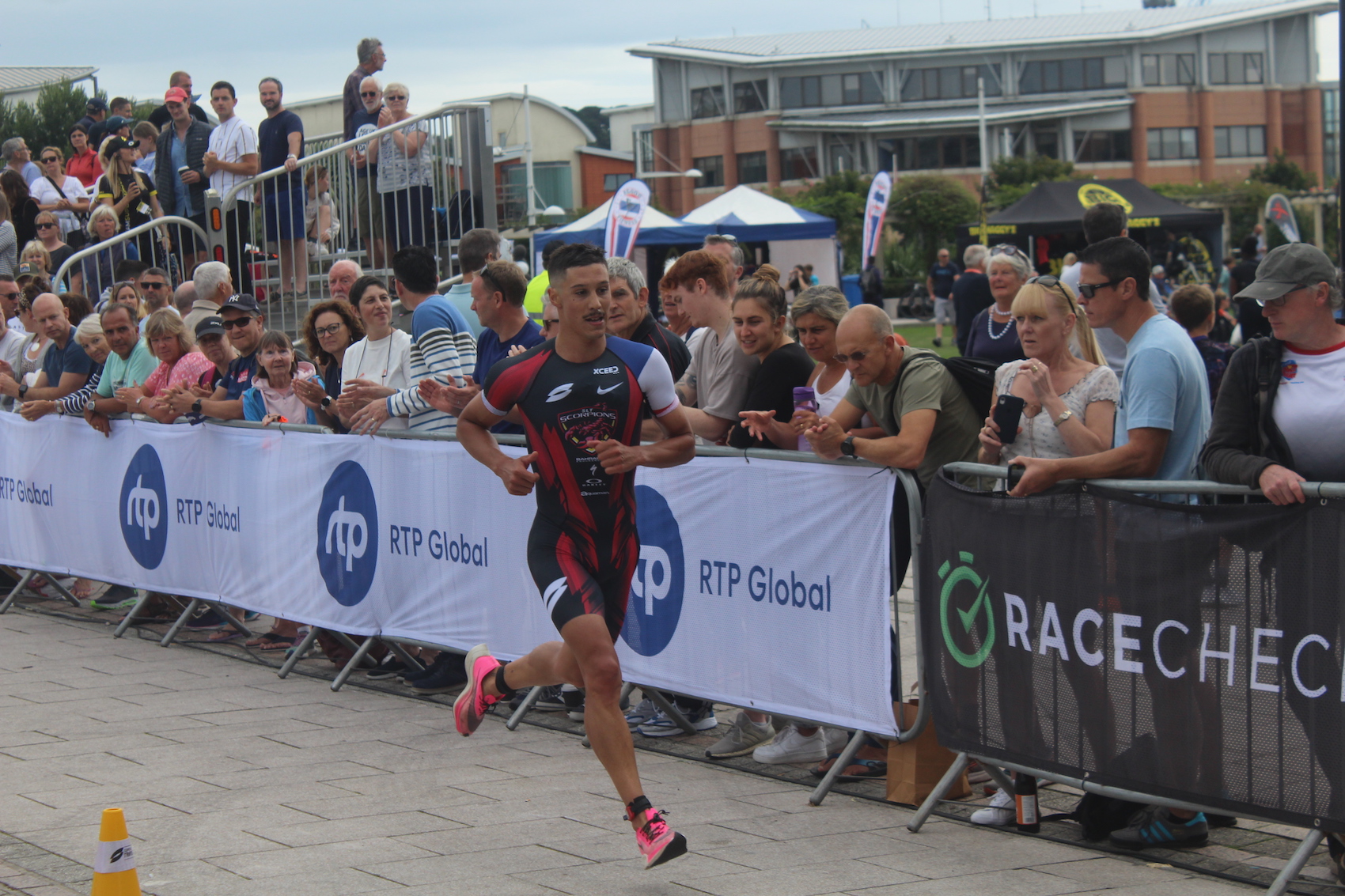 Pictured: Vincent Luis was originally believed to be a key contender.

But after a strong start, a fatigued Luis dropped into an eight place finish.

It was a relief for Jonny Brownlee, who admitted to Express that his eyes were on Luis as a key opponent from the start.

Video: Winner Alex Yee speaks of his shock at his success.

He also had to battle to rid himself of the memories of what had been an “awful” previous race in Jersey in 2019, in which the challenge of an injury being compounded by the gale force wind.

Among the tricks in Brownlee’s armoury was setting up numerous pairs of shoes to make the sea-to-land transition easier.

Video: Jonny Brownlee explains why the Jersey 2019 and 2021 races were like "chalk and cheese".

While Luis’ faltering was a boost for GB star Brownlee, he was still in for a battle with New Zealand’s Hayden Wilde and fellow Olympic Brit Alex Yee.

Into the final run, Wilde appeared to lead, followed by Yee and Brownlee hot on his heels – but it was all change as they entered the last stretch. 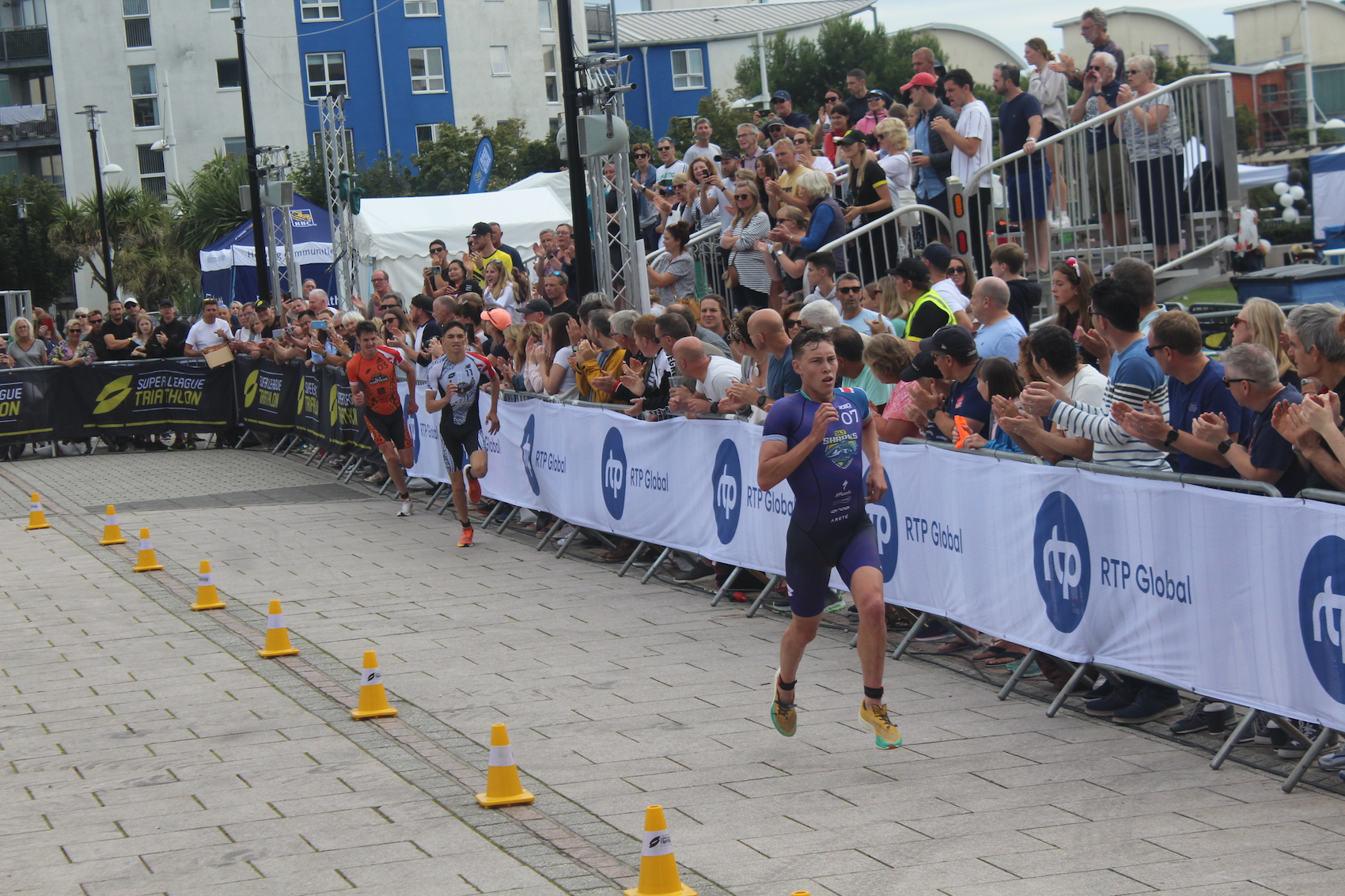 Pictured: Hayden Wilde was leading at one point in the final run.

Thinking tactically, Yee – who had to shake off being spooked by a colleague’s earlier roundabout bike crash – told Express he let Brownlee win the last turn, before using his final ounce of energy to blaze past him in a thrilling photo finish.

In the end, Yee took gold, improving on his previous SLT placements of fifth and third, with Brownlee in silver position and Wilde once again grabbing a Bronze, as he had in Jersey’s 2019 Super League race.

Yee said he was “in shock” after winning, noting that, after his Olympic success, that his racing had primarily been about “having fun.”

And there’ll be more of a chance to have fun before the next SLT in Malibu, with the athletes hanging around in Jersey until Tuesday.

Video: Bronze medallist Hayden Wilde reflects on the highs and lows of the race.

Brownlee, a history student, said he was hoping to have time to visit the War Tunnels, as well as go paddle boarding.

But the drama of the men’s race was equalled if not excelled by that of the women’s.

Perhaps the biggest story of the weekend was Team GB Olympian Georgia Taylor-Brown’s disqualification – a tale of not giving up.

In what she described to Express as a case of bad things coming in threes, she clipped her foot, her bike saddle dropped – and then she got an elimination flag for taking the short chute.

Georgia Taylor-Brown eliminated for taking a Short Chute when she didn’t have one. Big drama here at #SLTJersey.

There is a dispute from
GTB and race committee will review after the race.#IAMSUPERLEAGUE pic.twitter.com/vHrnbVO46W

Despite feeling “confused” and “angry”, Taylor-Brown said her focus was on finishing the race – and it was a good thing she did, as her appeal against elimination was upheld and she ultimately snagged a silver.

All the while, her eyes were on fellow Team GB star Jess Learmonth, who ultimately got the gold - her third in this year's SLT series.

Cassandre Beaugrand, who grabbed gold in Jersey in 2019, this time took a bronze.

Video: Georgia Taylor-Brown talking about her emotional race in Jersey.

For Taylor-Brown, rivalry with Learmonth hasn’t got in the way of a special friendship.

The emotional athlete admitted that, post-Olympics, her energy had been waning, but that ultimately Learmonth helped “keep my spirits high”.