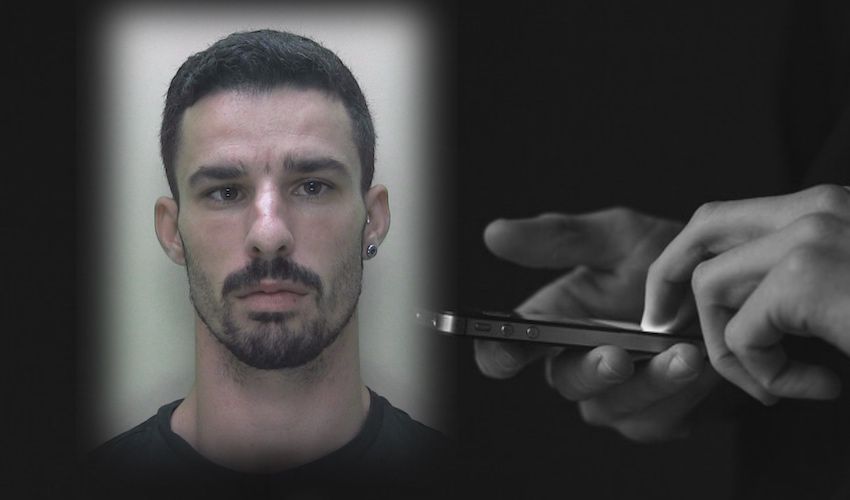 A 28-year-old restaurant worker has been jailed for three years, and is facing deportation, after blackmailing a teenage girl online in an attempt to make her have sex with him.

Sousa had pleaded guilty to grooming and sending indecent pictures to the child, but denied the charge of making 55 indecent images – insisting that they had automatically saved into a secret ‘vault’ app, designed to encrypt its contents. He was convicted in October after a one-day trial.

Video: Sousa leaving Court after being convicted for the indecent images charge after trial.

The prosecutor, Crown Advocate Richard Pedley, told the Court that Sousa’s contact with the teenager on social media took place over a three-and-a-half-month period in which he sent her sexually explicit messages consisting of both “flattery and threats."

Towards the beginning of their contact, Sousa was initially trying to ‘set up’ the girl with his teenage cousin, but later expressed disappointment that his victim wasn’t older – insinuating that they could have a sexual relationship if she were.

The Court was told that Sousa had messaged the girl saying: “If you were 20 and I had the chance to hook up with you I would.”

Further exchanges, the Crown said, show Sousa’s eagerness to meet with her and, in contrast, the girl’s “reluctance."

During the course of their communication, Crown Advocate Pedley said that Sousa had also sent the girl sexually explicit pictures.

The prosecutor also told the Court that “when she refused to meet him voluntarily, [Sousa] adopted a more coercive approach".

This began when it emerged that the girl had sent some photos of herself to another man, which she later regretted. Sousa said that he would confront the man about these photos and could get him to delete them – in exchange for her meeting him for sex.

Pictured: A simulated portrayal of one of the text exchanges between Sousa and the teen he was grooming.

When she told him that she was a virgin, he said that she should “lose it with [him]”.

The Crown Advocate explained: “...While arrangements were made for [Sousa] to meet the victim, these meetings never took place.

“She expressed her reluctance throughout, making it clear that she was an innocent in such matters.”

The victim also expressed her distress about the situation, telling Sousa: “You are blackmailing me.”

The Crown accused Sousa of inventing profiles of his ‘cousin’ and also the man that the teenager sent photos to in order to further manipulate his victim. Sousa denied this, insisting that both his cousin and the other man are real people.

In making his recommendations to the Court for sentencing, Crown Advocate Pedley emphasised the fact that Sousa used the teenager's anxiety over the photos she had sent as a means “to pressure [her] into sexual activity".

Pictured: The Court heard details of Sousa's online conversations with his child victim.

Advocate Chris Hillier, defending Sousa, began his submissions by saying: “My client is sorry. He is sorry for everything which has happened.”

He explained that Sousa was resisting the bid to get him deported after serving his sentence due to the fact his closest family members live in Jersey.

The defence advocate emphasised that Sousa acknowledges that his contact with the teenager was “a serious matter that he deeply regrets".

Advocate Hillier also noted Sousa’s ‘guilty’ pleas to the two charges relating to the grooming, as well as the finding in a psychiatric report that his client might qualify for a diagnosis of Attention Deficit Hyperactivity Disorder (ADHD), which he said explained his propensity to be impulsive as a person who “acts first and thinks later."

Royal Court Commissioner Sir Michael Birt presided over the hearing and the case was heard by Jurats Anthony Olsen and Jane Ronge.

Ultimately the Court agreed with the recommendations of the Crown and sentenced Sousa to three years in prison for the offences.

As well as being placed on the Sex Offenders’ Register for a minimum period of six years, Sousa was also made subject to a number of Court orders restricting his contact with girls under 16 years old, as well as measures to monitor his activity online upon release.

These orders will be in place for a period of 10 years.

The Court also made a recommendation that Sousa be deported to his native Madeira upon release from prison in Jersey.

“We don’t want to set him up to fail"