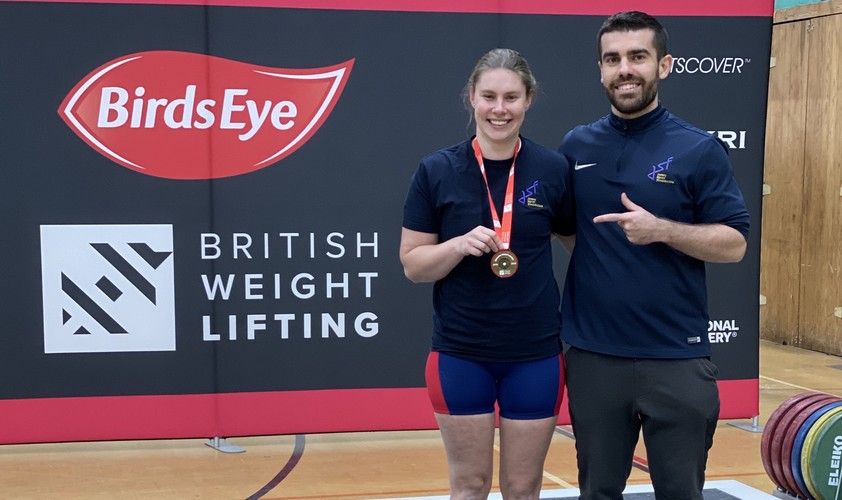 A 22-year-old para-lifter was recently crowned English champion, making history for the island in the process, after just 18 months of training.

Rachel Leck was competing in the under 67kg category at the English Para Grand Prix in Milton Keynes, her fourth para competition to date.

Rachel – who works full time at Deloitte, who funded her travels to the Grand Prix - started training 18 months with the Jersey Sport Foundation. She is part of the Power2Podium programme, which aims to prove that Jersey can produce athletes able to compete at high level with a good coaching environment and the right system behind the athletes.

Rachel’s latest competition proved the success of the programme, as she brought home the first English Champion title Jersey has ever seen in para-lifting.

The young athlete said she prepared for several months ahead of the competition to build her strength – “...through a few really hard workouts that definitely had me questioning myself at times” – but also her para technique, which is different to that of powerlifting.

“In powerlifting, the bench press is allowed to be executed with the feet down and the bar is allowed to come up by any means necessary as long as certain parts of the body don't come off the bench,” Rachel explained.

Video: Rachel lifted 60kg in her first lift and 62kg in her second and third.

On the day of the Para Grand Prix, Rachel had to perform performing three lifts. Her first one at 60kg went “really well” with three white lights. During the following one at 62kg, she says her footing slipped during the set up and she wasn't as mentally strong afterwards. Luckily, her third lift at 62 kg proved successful.

“We just need to get more used to the straps that are used in para powerlifting competitions to strap your legs down,” Rachel said.

Following the hiccup of her second lift, Rachel says she was relieved at the end of the competition as it was the first time her coach, Sam Morris, had seen her do a good lift in competition. “I think we were both really happy that all the hard work had paid off after the last few months and I was able to execute out on the platform!” she said.

Although she didn’t keep an eye on what the other lifters were doing to focus on herself, Rachel knew she had a chance of bringing a medal home after her good lift. She was pleased to learn it was a Gold medal.

“When I found out I won gold I gave Sam a massive hug as we'd previously had bad experiences at competitions so I was really proud and excited that we'd done it as it was very much a joint effort over the last few months!

“I'm really excited to help put para sports on the map and after just over 18 months of training it was great to win my first national title!”

With a few months to go before her next competition in Spring 2020, Rachel is going to focus on getting closer to her goal of a 70kg personal best in training. Next year, she also wants to break the British Record of 75kg.

“We'll just spend the next few months continuing to build on what we've done over the last few months,” she said. “Now we know we're fairly happy with my technique we'll work on getting stronger on the bench but also generally as well!”

SPORTS IN LOCKDOWN: “You can't take gymnastics out of the girl”