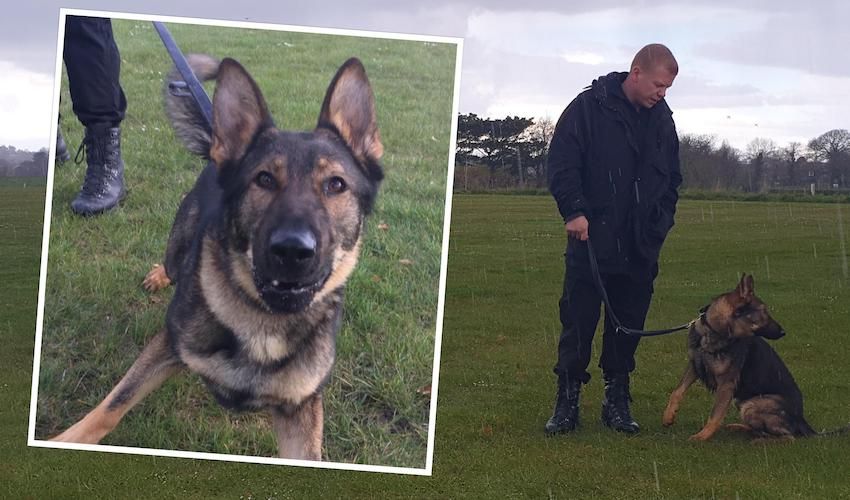 Baddies beware... The Police have a "fur-rocious" new recruit, and the four-legged officer is ready to go on paw patrol.

"Leo is a novice as am I," PC Matthews said. Having been in the force for seven years, the officer has only recently become a dog handler and Leo is his first four-legged partner.

When asked why he chose to undertake the training, PC Matthews has a very simple answer: "I like being outdoors, I’ve got my own dog at home and I like catching bad guys."

PC Matthews was matched up with Leo on the first day of a 13-week training course in Surrey. "The dog was picked for me," PC Matthews said.

"Essentially you turn up on day one and they give you a dog!"

Pd Turbo practicing the speak on command. He’s been barking all day on training so sounds little ! pic.twitter.com/63Uxc9mMz0

Video: PD Turbo, the force's other police dog turned out to be PD Leo's uncle.

By pure coincidence, PD Leo turned out to be of the nephew of the force's other police dog, PD Turbo, who is expected to retire at some point this year.

While he didn't get to choose his new partner, PC Matthews is happy that he ended up with Leo, who is already showing a lot of paw-tential as a police dog. The handler explained that a good police dog is ideally "highly driven" and that PD Leo can't get enough of his 'Kong' toy.

"They’ll want to do something ideally for food or a toy," he explained. "Fortunately, Leo likes both so that really helps."

We are proud to announce that Pc Harry Matthews and Pd Leo successfully past their initial course this week and are now a fully licensed dog team.
Please welcome them both and look out to see how they both progress as Jerseys newest K9 crime fighters pic.twitter.com/3uKQeuwp1x

PD Leo's training has seen him learn many new skills, including bite work, tracking, as well as searching buildings and open woodland, in preparation for future missions.

"We start off very, very low key and we just gradually build it up as we go through the course," PC Matthews explained.

"He’ll do a whole range of things. There’s many different types of incidents a police dog can be deployed to, whether that’s a decamp from a vehicle, a vulnerable missing person our just large scale for public order, Friday, Saturday night type of events." 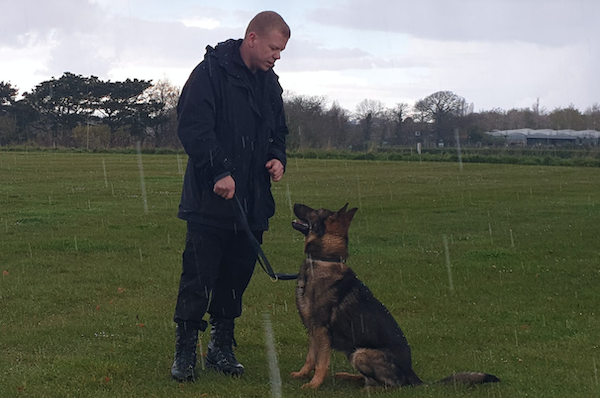 When he is not out there chasing criminals or following trails, PD Leo will be staying with PC Matthews.

The force's newest dog handler says he is excited about this next stage of his career.

"It’s going to be difficult at times. I’ve been warned by other handlers to take it easy and work him in slowly but I'm really looking forward to it."