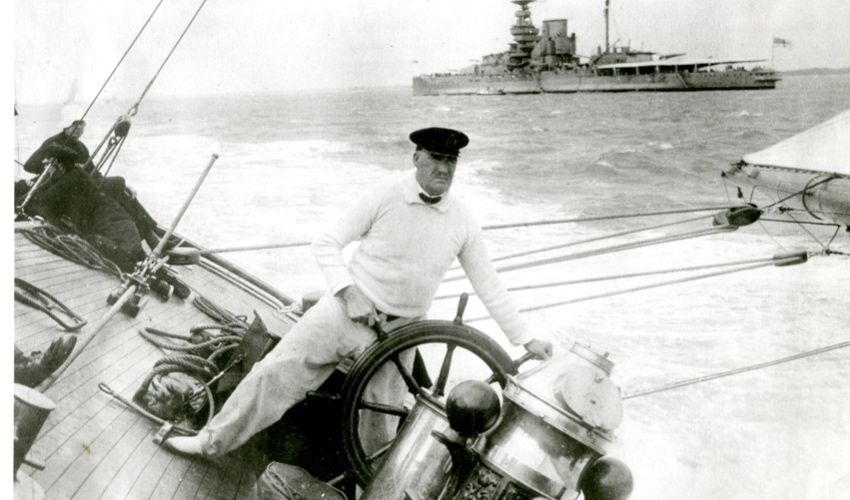 A replica of Jersey’s most famous yacht has sunk after being hit by a ship in Spain.

The 49m Eleonora E – a replica of TB Davis’s schooner Westward – was moored in Port Tárraco in Tarragona on Friday, when it was reversed into by a 60m supply vessel.

The yacht sank within 30 minutes. No one was injured and a salvage operation has begun to raise the boat, which is lying on its side in the marina, with just the tips of its masts above the water.

The port authorities said that the supply vessel was attempting to manoeuvre when its engines became blocked while reversing. It hit Elenora E on its starboard side.

Video: The moment a 60m supply ship reverses into the Westward replica.

The replica, which was built in the Netherlands in 2000, visited Jersey in 2010 and was met by a flotilla of local boats.

Its predecessor was built in America in 1910 and was bought by TB Davis – a Jerseyman who amassed a great fortune in South Africa – in 1924.

Video: The schooner is now lying on its side, mostly submerged, in Tarragona, which is 100 km south of Barcelona.

For the next 11 years, he raced Westward in European waters, developing a fierce rivalry with his friend King George V, who sailed on the Royal Yacht Britannia.

Westward was based in Jersey each winter and was usually moored close to its sail loft on South Pier. 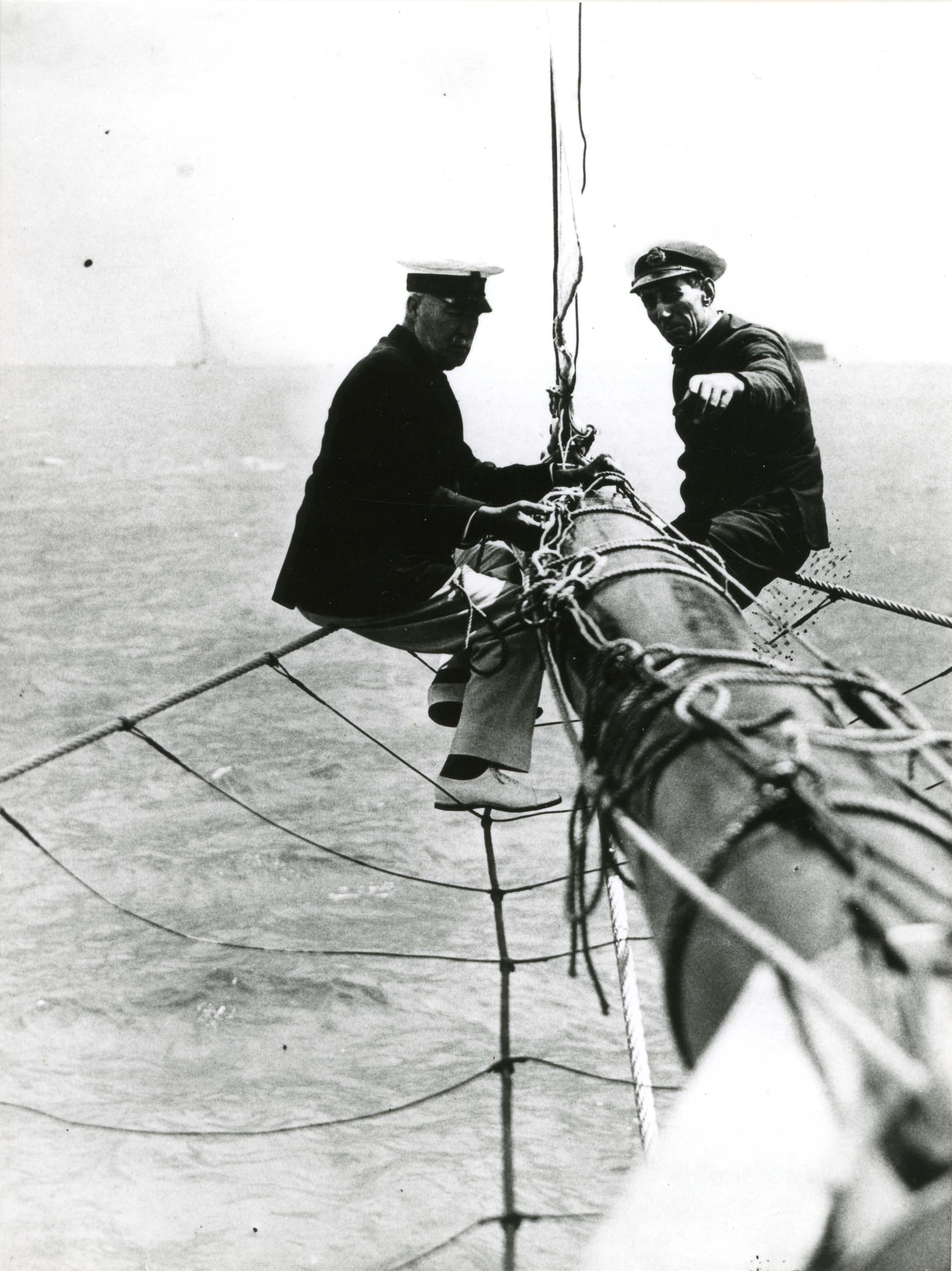 Five years after TB Davis died in 1942, with no one willing or able to maintain the schooner, Westward was scuttled in the Hurd Deep north of Alderney.

Eleonora E had exactly the same lines as Westward and was constructed using the same materials. 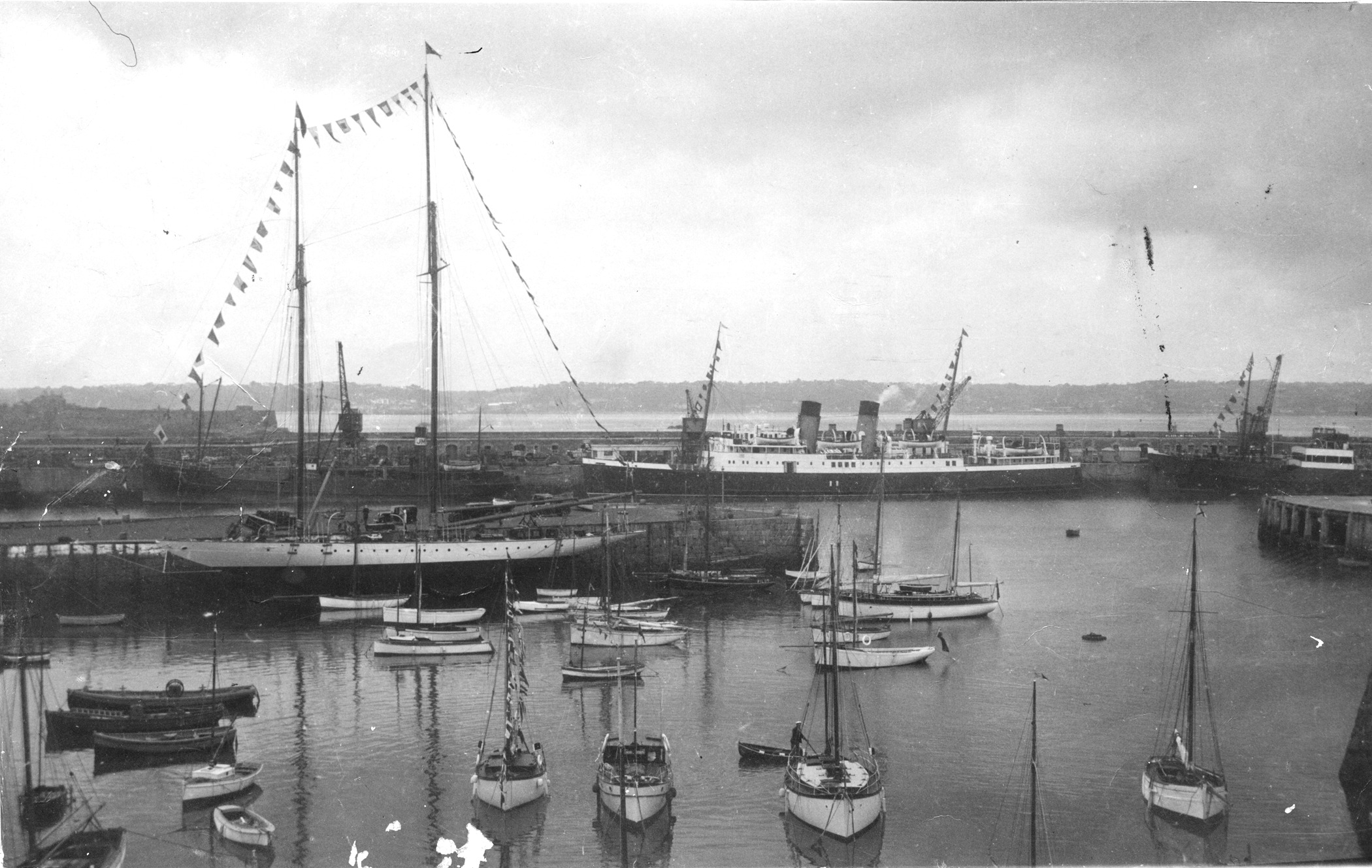 Pictured: Westward, with colours flying, on its winter berth alongside the northern arm of South Pier. (Société Jersiaise)

The flagpole in Howard Davis Park, behind a statue of King George V, was one of Westward's masts.