WATCH: School’s out for… climate justice! 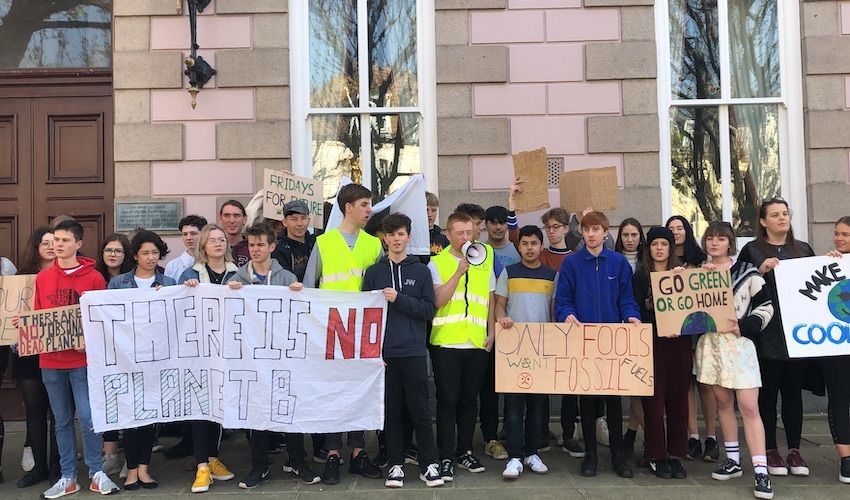 WATCH: School’s out for… climate justice!

"There is no planet B" and "only fools want fossil fuels" were just a few of the messages young environmental activists shared as they went on strike from school to demand 'climate justice'.

Brandishing placards emblazoned with slogans like “what I stand for is what I stand on” in the Royal Square, students from several secondary schools are lobbying States Members to hear their plea for their future as part of a growing international movement.

Tristan Burns, who was leading his fellow students in chants demanding “climate justice”, told Express that they were all inspired by ‘FridaysForFuture’, an international movement instigated by a 16-year-old activist Greta Thurnberg who sat outside the Swedish parliament protesting the lack of action against climate change.

Pictured: Evan Campbell, Hamish Hay and Tristan Burns (left to right) who are all Hautlieu students leading the protest.

This was the second afternoon that the student strikers gathered to raise their voices to defend their right to a future on planet Earth.

When asked whether he was confident their strike would bring about change, Tristan said: “I really hope so… it’s all good promoting it, but the problem is we need the politicians to actually act on it.”

This sentiment was echoed by another protester, Evan Campbell, who said: “At the moment, everything’s in the planning… but no action’s been taken and nothing’s going to change until action is taken."

Tristan described the fact that the Environment has never been allocated more than £7million per year in the Budget as “appalling".

Lily-Mae Fry, also on strike from school, told Express that she feels so concerned for the future that she’s decided she doesn’t want to have children. “I’m not planning on having kids, because I don’t think there’s going to be a future for them,” the young activist said, holding a sign which reads, “go green or go home.”

Evan urged that “things can be made better” if everyone makes changes to their lifestyle.

Pictured: Brandishing their strongly-worded placards, the young activists were calling for States Members to take action.

Deputy Jess Perchard, who went to the protest to support the striking students told Express that she was “absolutely blown away by their commitment.”

The students have also taken their strength of feeling online by setting up a Facebook page, 'Jersey Students for Environmental Justice'.

Their protest comes ahead of a vote in the States Assembly over proposals put forward by Deputy Rob Ward to declare a 'climate emergency'. They'll be debated on 30 April.

IN PICTURES: Students unite for a 'greener' future... 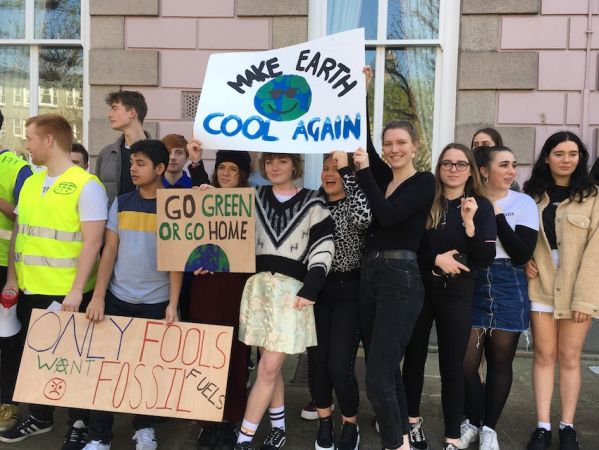 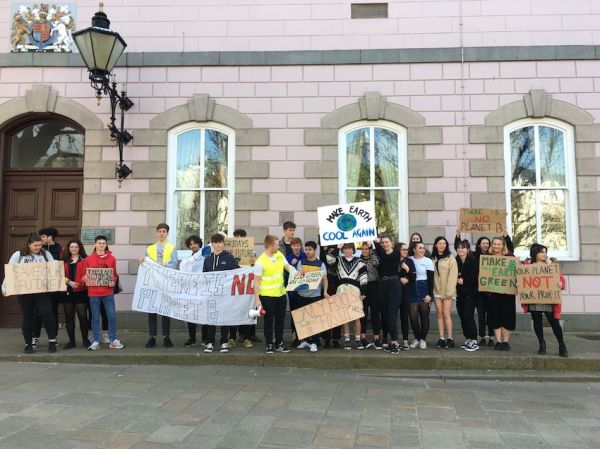 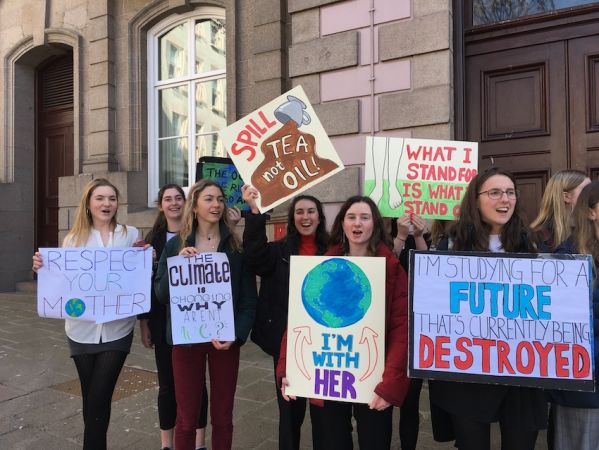 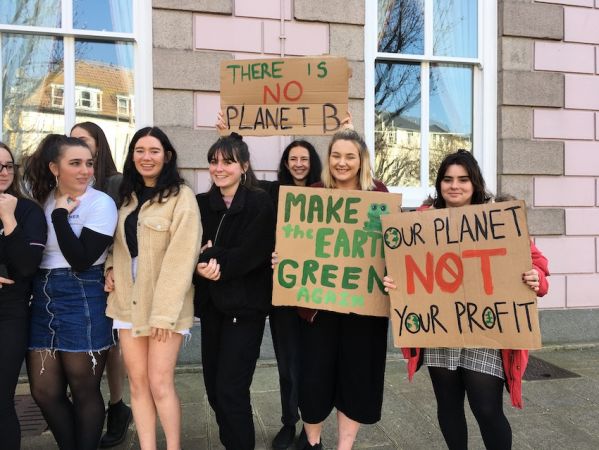 Posted by Trevor Carre on Mar 25th, 2019
I wonder how many of these protesting students are vegetarians. The environmental impact of meat production has a variety of effects on the environment, such as pollution through fossil fuel usage, animal methane, effluent waste, and water and land consumption. Meat production has a vast environmental footprint and contributes to land and water degradation, biodiversity loss, acid rain, coral reef degeneration and deforestation. So if these students are serious about saving the planet - GO VEGGIE. Don't expect others to do something when you can do more than just protest to hard of hearing politicians. Lead by example. I am sure there are plenty of other things they can do as well, like walk or cycle to school each day, rather than be driven to school by their parents.
To place a comment please login Login »

Environmental "prayer for humanity" in town