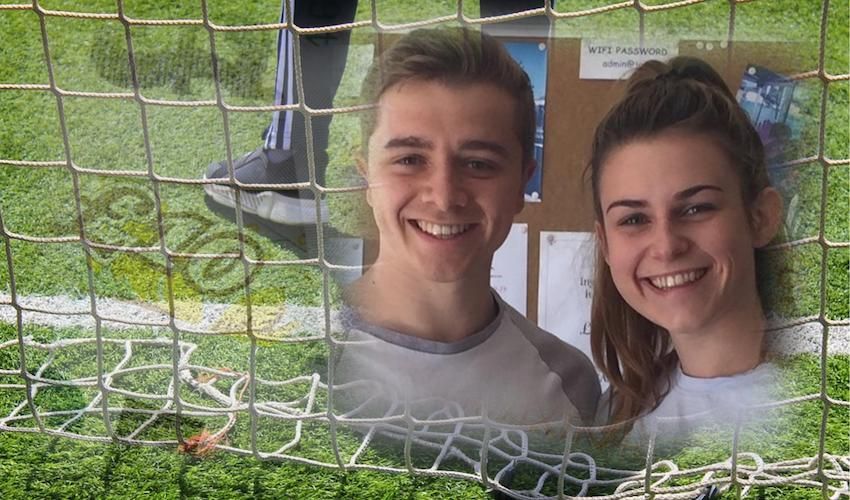 A Jersey YouTube sensation's viral football challenge video has scored £3,000 for a local charity which supports survivors of rape and sexual assault.

Vlogger Chris Dixon teamed up with his mum, sister and girlfriend in a Women’s World Cup-inspired football challenge to raise money for charity Jersey Action Against Rape (JAAR).

With over 4.5million subscribers on video streaming platform YouTube, Chris posted a new video on his channel ‘ChrisMD’ which challenged “the closest women in [his] life” to win money for the charity every time they scored a goal or hit the crossbar.

Chris first started making videos about his best goals on the Playstation game FIFA when he was 15 and now he regularly films football challenges and matches – often with professional footballers.

The video, which has had over one million views, sees Chris’s mum, girlfriend Shannon Langdon and sister Kelly Dixon vie to score the best goal in a shootout challenge in order to win money for their chosen charity.

The challenge was inspired by this year’s Women’s World Cup which enjoyed record-breaking viewer numbers. The tournament’s semi-final playoff between England and the USA set a new high for UK television audience figures with 11.7million watching.

In Chris’s video, it was Kelly who progressed to the final ‘crossbar challenge’ where she had 10 attempts to hit the crossbar and for every successful try, she won £1,000 to donate to JAAR – the charity of her choice.

Hitting the crossbar three times out of ten, Kelly managed to raise £3,000 for the charity which aims to create a support network for survivors of rape and sexual assault in Jersey.

Posting on their Facebook page, the charity said: “Jersey Action Against Rape cannot thank Shannon and Chris enough for choosing JAAR. Such a generous donation goes a long way in enabling us to continue offering an independent and confidential service helping people to recover from the trauma of sexual violence.”