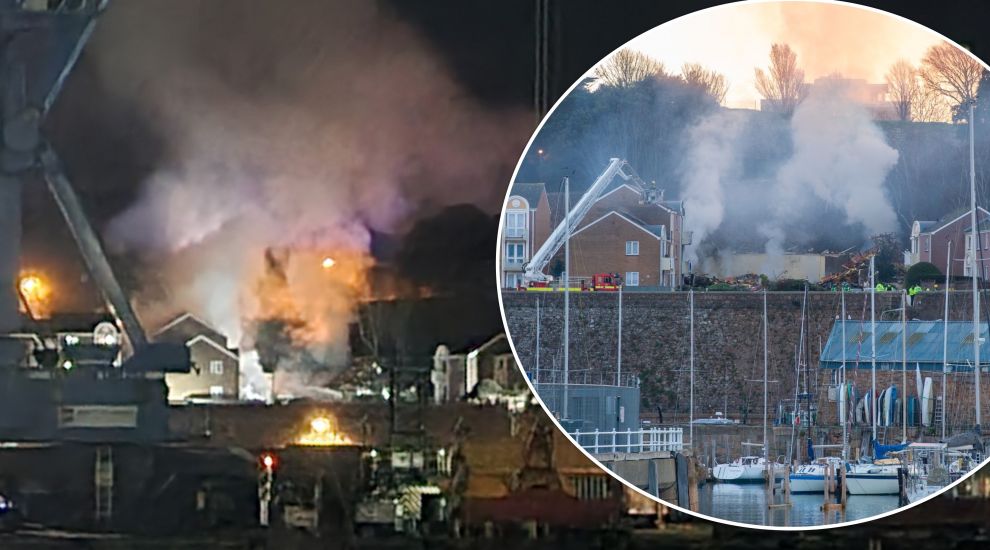 A cordon has been set up around Pier Road following a major explosion early this morning, with nearby buildings evacuated, and "walking wounded" treated at the Town Hall.

Islanders heard the explosion around 04:00, and described plumes of smoke rising into the sky, and debris being scattered over a wide area.

Hospital staff have been called in to help following the explosion, with Housing Minister David Warr tweeting that the Town Hall was "taking in the walking wounded."

Islanders have been asked not to go to the Emergency Department unless "absolutely necessary" as medics respond to the incident.

Islanders are asked not to go to the Emergency Department today unless absolutely necessary. This is due to the ongoing response following the incident at Pier Road earlier this morning. If you require non-urgent out of hours treatment contact the out of hours GP: (01534) 445445.

Deputy Warr said that temporary accommodation would be needed for those affected.

There has been a major explosion on Pier road in one of the @Andiumhomes flats. Emergency services are on-site and town hall is taking in walking wounded. Thoughts with those families affected at this time. We will need temp accommodation. Please get in touch if you can help.

Within around an hour of his tweet, he reported that sufficient properties had been found.

The impact of the blast was heard and felt across the island.

Carl Walker pointed out that it was strong enough to be picked up by the British Geological Survey's earthquake monitors.

Thoughts are with all those affected by this morning’s explosion in St Helier, which was powerful enough to be picked up on British Geological Survey’s earthquake monitors.

It’s now time for Jersey’s community to respond like never before. pic.twitter.com/GLOSNtT12d

One person said: "I've got the roof debris and lots of insulation in my garden and thought my house had exploded when it shook."

People on night shift at the hospital and as far as St. Aubin reported feeling the impact, while another islander said: "Heard and felt bang, by FB Fields. Thought it was thunder."

We’re continuing to respond to an incident at residential properties on Pier Road, St Helier. The fire has been put out, but emergency services are still carrying out significant work. Please continue to avoid the area. We’ll continue to provide updates throughout the day.

Describing the scene, one person wrote on Facebook: "There's a housing area on fire at Mount Bingham, there are lots of first responders on site."

The Chief Minister and Chief of Police will be holding a press conference on the matter at 09:00.