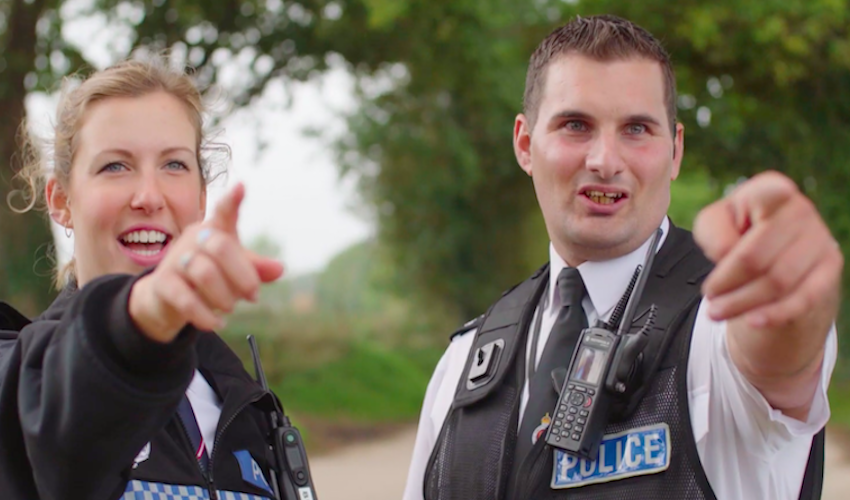 The oldest police force in the world is seeking 91 new officers to keep Jersey’s parishes safe - whether that means chasing criminals, carrying out speed checks or ‘mooving’ loose cows back to safety.

The Honorary Police has today launched an island-wide recruitment drive to fill vacancies across the 12 parishes and they want to hear from hopefuls keen to give something back to the community.

The force, made up of volunteers, are elected to different ranks and given specialised training for each role – Centenier, Vingtenier or Constable’s Officer – and work in the community carrying out a variety of duties.

Video: Two honoraries explain their role, while on a 'heifer' of a case. (Honorary Police/YouTube)

There are currently 220 serving honoraries across the island, and to have a full compliment the force needs just over 90 more officers to reach 311.

They are now launching their recruitment campaign to encourage more people to sign up. They’ve released a series of videos interviewing current honorary officers and those who have gone onto join the States of Jersey Police.

Another video shows two officers - Baz Le Seelleur and Darren Diggle - ‘fielding’ an udderly disruptive citizen. Speaking about the role in the clip, Baz says: “There’s a lot of myths out there about what it’s like to be an honorary police officer, but there’s never a dull moment.”

Darren says: "Before I joined up, I thought it was all about directing traffic. And don't get me wrong, we do plenty of that... but there's so much more to it than that."

Over the coming weeks, there will also be pop-up stands at several locations across the island and special Parish drop in sessions for people who would like to find out more about the opportunities. Honorary Police officers will be giving out flyers and can be asked any questions about why they serve and what’s involved in the role. Roadside banners and posters will also be seen at key locations.

Speaking about the recruitment drive, Chairman of the Constables Committee Constable Deidre Mezbourian said: “I am delighted to announce the launch of an island-wide recruitment campaign for the Honorary Police. They are an integral part of each Parish.

“The voluntary service they give is invaluable to us all whether that is within the Parish or at island events such as the Battle of Flowers. We are encouraging islanders to consider joining as they will make a positive difference for people in their Parish and in the wider community.”

The service is welcoming applications from all nationalities, groups and cultures, but hopefuls need to be aged between 20 and 69. They don’t need to be Jersey-born, but residency in the island for at least two years is required.

Centenier Danny Scaife, Chef de Police for St Helier said: “Serving in the Honorary Police is a privilege and supports the parish and the criminal justice system. I would really encourage people to consider joining the Honorary Police. All officers receive the support they need for the role including regular training. We aim to make it achievable for people to volunteer and we don’t require them to give an excessive amount of time. We recognise that people have busy lives and other commitments.”

He continued: “We are asking businesses to consider supporting their staff to be able to serve. Every officer is able to broaden their skills in problem solving, decision making, team building, leadership and responsibility. These skills are all transferable to the workplace. Serving in the Honorary Police can therefore be an excellent opportunity for employers to support their staff with CSR [Corporate Social Responsibility] programmes.”