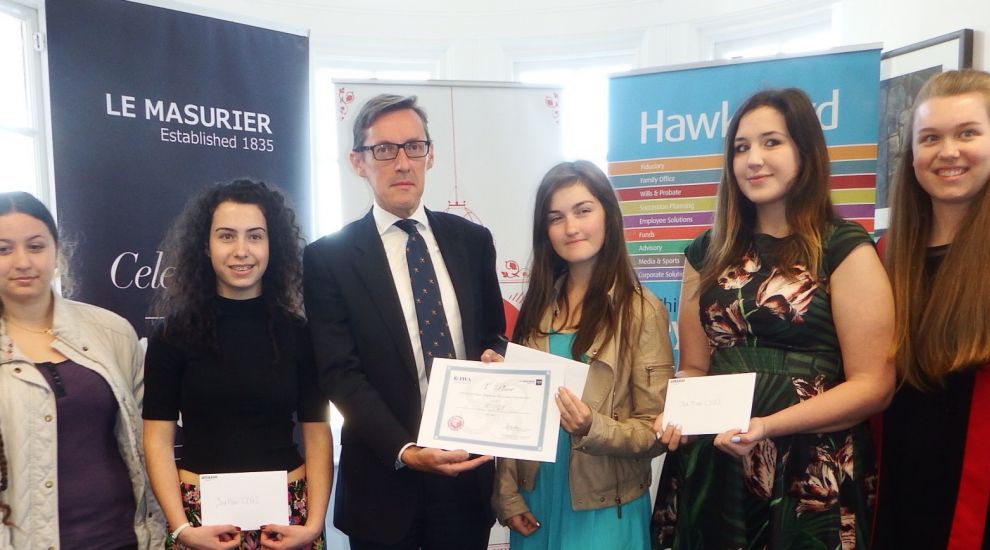 An idea to build a velodrome at Fort Regent proved to be a winner in a local engineering competition that has now gone global.

Ten teams of teenagers took up a challenge set by JCG's head girl Rachel Hayden to come up with a design for a new sports facility on the old swimming pool site.

The 17-year-old sixth form student wanted to get more of her peers interested in a career in engineering and, with the help of the International Women’s Academy (IWA), she has managed to engineer her competition on a global scale too – challenging young women everywhere to come up with a new sports venue for their local community on a derelict or brownfield site.

Rachel said: “It’s not just about keeping it within your community. It’s great to inspire local engineers but it’s trying to make a difference worldwide especially in underprivileged communities, to give them that opportunity to explore the field of engineering because you don’t need the most hi-tech software to design, there are so many practices you have to consider.”

JCG Headteacher Carl Howarth said: “The whole purpose of JCG is to encourage the educational aspiration of women, it’s about the empowerment and growing confidence of young women and particularly with engineering – as a profession females are so under-represented so anything, and this is a really good example, anything that encourages participation and leading on projects is a great thing so I’m proud of Rachel but also why shouldn’t Jersey be leading the world on these things?”

16 year-old JCG student Annie Bugbird, who wants to study to become a mechanical engineer, came up with the winning design for a velodrome in the competition that saw ideas including an ice skating rink from runner up Poppy Ginnis who's also at JCG and plans for a multi-use sports centre from CZGJ - the team from Hautlieu who came third.

Annie has won four ipad minis and four tickets to this Saturday’s Opening Ceremony of the NatWest Island Games but her idea could prove to be a winner with our local politicians too who’ll get to see her design ideas in the States.

Annie said: “It would be really good to see something happening with the site and it would be amazing if they could consider my design.”

And her head teacher agrees, Mr Howarth said he thinks the Island should really listen to the considered and well thought through ideas of young people for the swimming pool site, especially as they are the ones who's young families are likely to be the ones using it if and when it's finally re-developed.

The local competition was sponsored by Jersey property company, Le Masurier, and Hawksford are sponsoring it now it's gone worldwide.

All the designs will be on display in the Games Village next week during the NatWest Island Games and Rachel hopes this year's winners will help run the competition with her next year with students considering different places to develop on the Island and maybe even engineering a bridge to France!

You can find out more about the competition on the Building the Future, Shaping our World Facebook page.