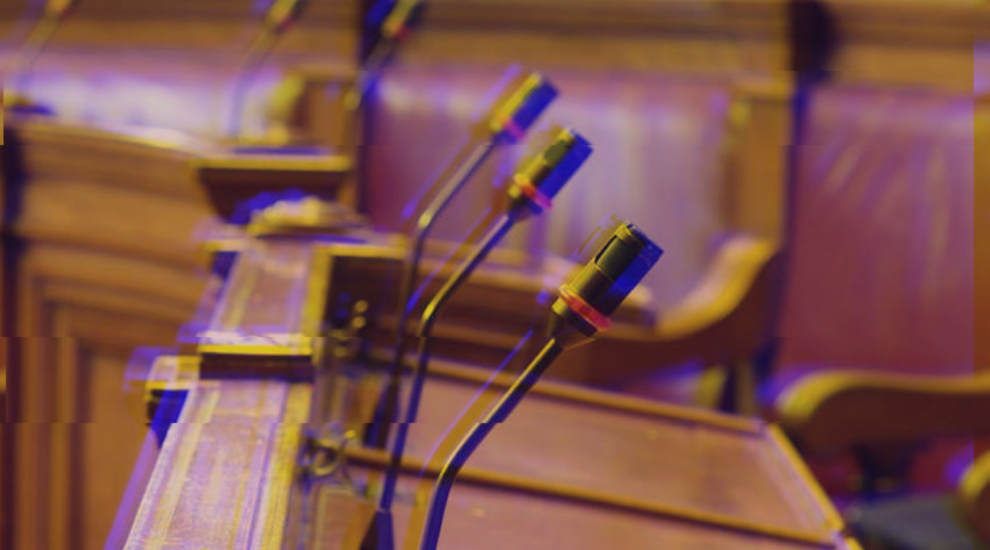 Jersey’s politicians spent more than 240 hours in States meetings last year and while all Members receive the same salary, a report from the Assembly shows some politicians contributed more than others….

Published last week, the States Assembly Annual Report shows which States Members were most active in States sittings in 2021, including how many questions they asked, the number of proposals they submitted, and how often they made speeches during debates.

The report also highlights which States Members, who are all currently paid £46,600 per year, were most absent from States sittings.

Express dug into the details...

Return to the Chamber?

The Assembly returned to a more “settled phase” of working in 2021, but most meetings used a hybrid format with some members in the States Chamber and others online. 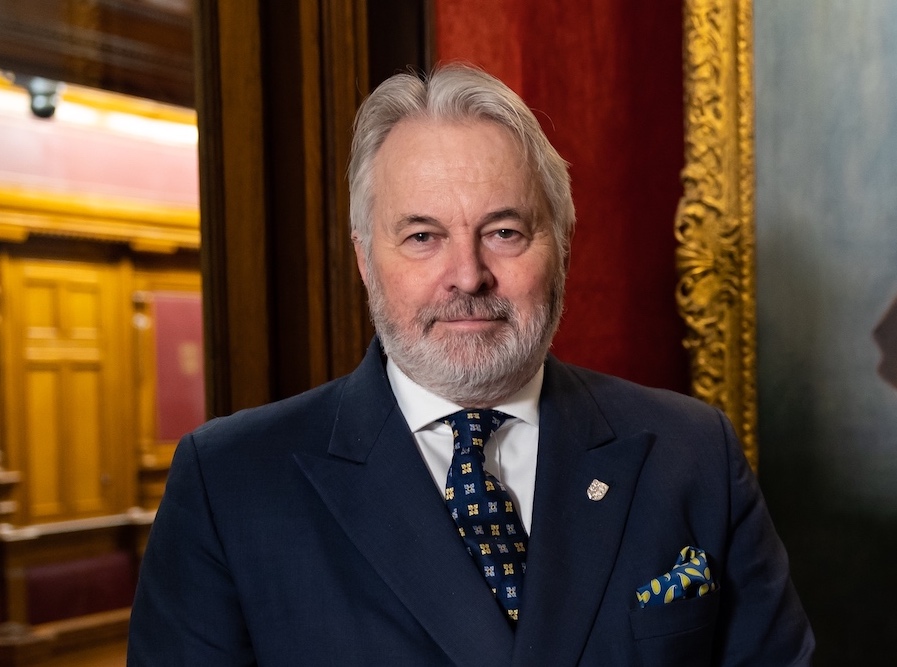 Pictured: The Bailiff of Jersey, Timothy John Le Cocq, said Members had "risen to the challenge" of conducting Assembly business during the pandemic. Photo credit: The Studio, Government of Jersey

“Although we were able to use the States Chamber throughout the year, with some Members usually in attendance, most of our activity continued to be carried out online,” the Bailiff said.

“Our hybrid proceedings functioned extremely well, but members have undoubtedly missed being able to see the reaction to questions and speeches in the Chamber as well as the informal discussions which go on in the margins of formal meetings and are such an important part of the way the Assembly functions.”

During the mammoth debate over the Island Plan, some Members, however, raised concerns that the hybrid format was being “abused”, after some politicians were criticised for attending a Chamber of Commerce lunch but not attending the States Chamber in person.

First day back in #Chamber after my 10 days Isolation. Very surprised to see some @StatesAssembly members at the @jerseychamber #Lunch who haven’t been in the #Assembly all morning. #priorities

Following a query from the Constable of Grouville, the Deputy Bailiff ruled: "...As people outside of this Chamber are expected to go to work as usual then people inside this Chamber would also attend this Chamber, unless there was a health or other similar reason not to do so."

His comments were met with foot stamps of approval.

During 2021, the States Assembly conducted 121 debates, including those on Covid rules and border policies, the budget and funding for the new hospital project, and assisted dying.

Just over 70% of the Assembly’s time was spent debating propositions, with most of the remaining time spent on questions.

The report states the Assembly was “more efficient than in previous years, debating significantly more projects than in 2020 but in less time”.

Which States Members asked the most questions in sittings?

In States meetings, non-executive States Members, who do not hold Ministerial roles (otherwise known as backbenchers), have several opportunities to grill Ministers and Scrutiny Panel Chairs.

Members can submit up to seven questions per sitting – a maximum of five written questions and two oral questions. 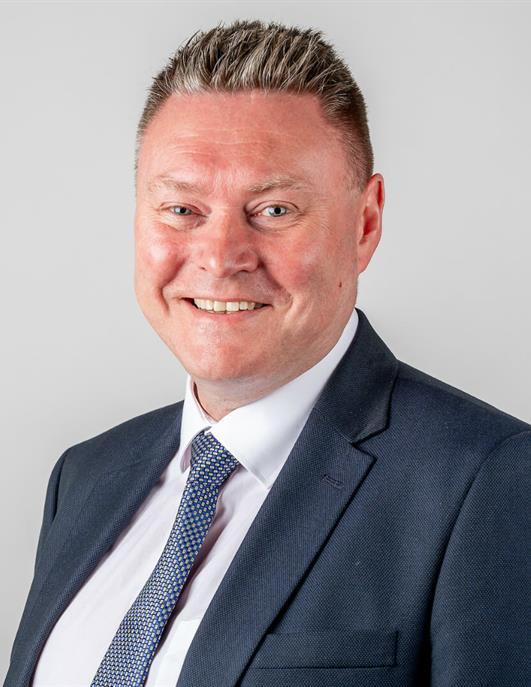 Pictured: Deputy Robert Ward asked the most questions to Ministers in States sittings in 2021, with 141 questions.

Based on the number of sittings they each attended, the Reform members asked 3.3, 2.5 and 2 questions on average per sitting respectively.

Over 15 States Members (including Ministers) asked only one question or no questions at all during 2021 States sittings.

This included non-executive members who took up their position part way through the term, but also included Members such as John Le Bailly, Connétable of St Mary, Deputy Hugh Raymond and Deputy Trevor Pointon, who each attended more than 80% of the meetings.

Which Ministers answered the most questions from States Members?

In addition to oral and written questions, Ministers also answer ‘supplementary questions’ from States Members, which are asked without prior notice.

This question time is usually divided into two question periods and the Chief Minister answers questions during the second period at every other meeting. The other Ministers answer questions in rotation during the remaining periods.

As such, the Chief Minister, Senator John Le Fondré, answered the highest number of questions from other States Members in 2021, followed by Deputy Richard Renouf, Minister for Health and Social Services. 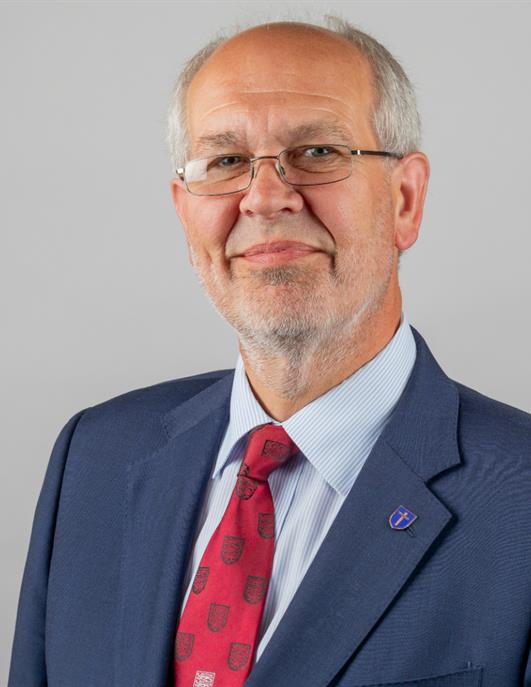 Pictured: Deputy Richard Renouf attended all 44 States sittings and answered a total of 115 questions with notice.

He spent more than 2 hours across the year answering supplementary questions.

The other 11 Ministers spent between 29 and 51 minutes each answering supplementary questions across the year.

For oral questions, he was closely followed by Judy Martin, Minister for Social Security, while Susie Pinel, Minister for Treasury and Resources, also answered a high number of written questions. 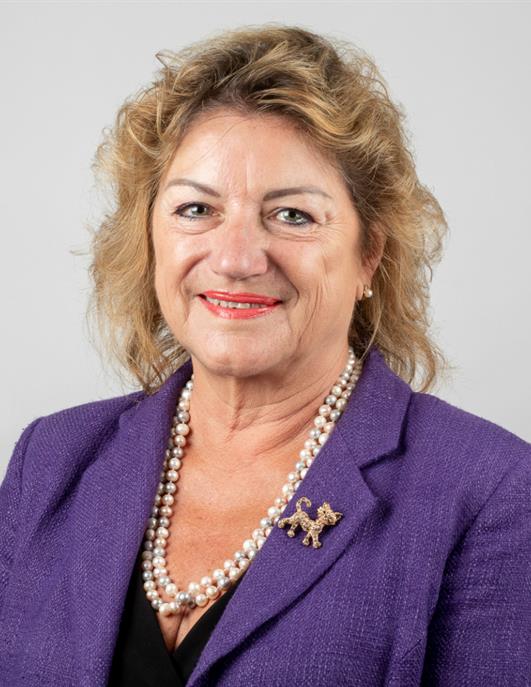 Overall, the number of oral questions submitted by States Members dropped significantly in 2021, from 356 in 2020 to 221, and the number of written questions also dropped again, from 462 to 442.

Some Members sit on multiple scrutiny and review panels and attended more than 100 scrutiny meetings during the year on top of their work in the States.

The Annual Report states that some of the matters previously raised in oral and written questions might now being pursued in meetings of scrutiny and review panels.

In 2021, States Members spent nearly 44 hours on those oral questions, including 12 hours of supplementary question time.

This was much lower than question time in 2020, when more than 23 hours was dedicated to questions without notice, but was an extra 2 and a half hours compared to 2019.

Which States Members put forward the most propositions?

Propositions can be lodged by Ministers or individual Members and can relate to any matter of public interest.

In 2021, Deputy Judy Martin put forward the highest number of propositions for debate, with 15 proposals, followed by Deputy Carina Alves, with 11 proposals. 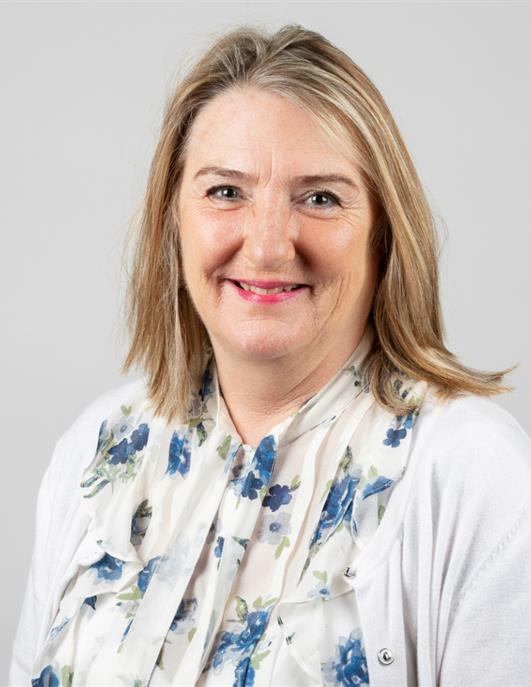 Pictured: Deputy Judy Martin submitted 15 proposals during 2021, the highest of any States Member.

When propositions are debated, any States Member can participate in the debate following the proposer’s first speech.

Last year, Deputy Robert Ward of St Helier made the most speeches during debates with 72 speeches, followed by Deputy John Young of St Brelade with 68.

A number of Members made less than 10 speeches across the year, despite attending the majority of sittings. This included John Le Maistre, Connétable of Grouville, Philip Le Sueur, Connétable of Trinity, and Deputy Steve Ahier of St Helier No. 3 and 4.

Who was absent from sittings without permission?

The States Greffe records the attendance of elected States members at the roll call taken at the start of each day the Assembly meets.

If an elected member is absent, the reason for the absence is recorded as follows:

In 2021, only two States Members were recorded as being absent without reasonable excuse: Senator Ian Gorst and Senator Sarah Ferguson.

Both Senators were marked as ‘défaut’ on one occasion each.

A number of Members were also absent (excused by the Assembly) on 10 or more occasions during the year.

Posted by IanSmith97 on Apr 21st, 2022
And then you have the ridiculous proposal to have only one electoral list with 49 elected. Who do you go to with a problem? Someone sensible or some useless character? We will end up with a minority of members doing all the constituents’ problem work whilst the incompetent majority do nowt.
To place a comment please login Login »