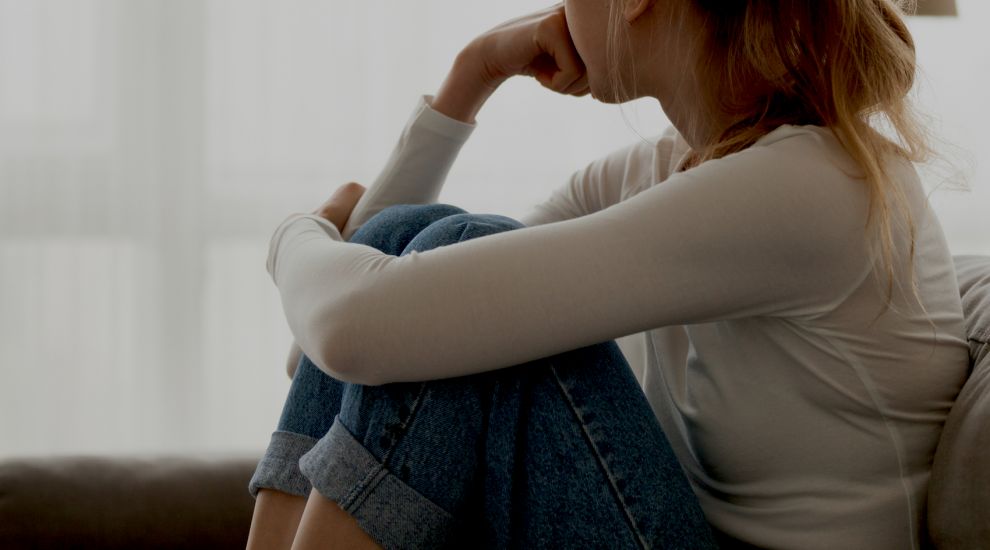 A Jersey child receiving mental health support in a UK institution was left without any access to schooling last year because the island's Government failed to pay for the £175-a-day education package, a critical report has revealed.

The problem only emerged when the youngster raised directly with the island's Head of Health and Wellbeing during a visit to review the UK CAMHS placement.

While funding was "subsequently arranged", the Government's watchdog - Comptroller and Auditor General Lynn Pamment - questioned why the 'core' care package commissioned by Government didn't include education in the first place.

"...Why did no one notice until it was raised by the young person? Would this have ben spotted by the commissioner or raised by the provider if the visit had not happened?" she added.

"What is clear is that mechanisms for ensuring high-quality placements that meet the holistic needs of children and young people have been lacking."

The C&AG has published a report on Child and Adolescent Mental Health Services. To read the report visit https://t.co/qP6cs1bMTF #mentalhealth #CAMHS #publicaudit pic.twitter.com/TjmxZFSTWX

It was one of a number of areas highlighting as falling short in Ms Pamment's report on the running of Jersey's Child and Adolescent Mental Health Service (CAMHS).

Overall governance, data collection and risk management within the service was judged to be "weak" and a "disconnect" between clinical services (Health) and operational ones (CYPES) was identified in the report, which also revealed that around one in five key posts in the service were vacant as of June this year.

While the Government has pledged to make improvements to the service, Ms Pamment noted that Jersey has fallen behind the UK in terms of staffing CAMHS services – while the workforce for under-18 mental health services in the UK, in Jersey it was just 67.

It was also behind other islands.

While the Government's improvement regime included a plan to more than double staffing levels, Ms Pamment said she hadn't seen any timetable for intended recruitment.

While Ms Pamment said there had been "examples of good practice" in hiring recently, such as an interview panel for a nurse specialised in eating disorders including a service user with experience of one, she noted that there was "learning to be taken from issues with retaining staff in Jersey's Children's Social Care Services." 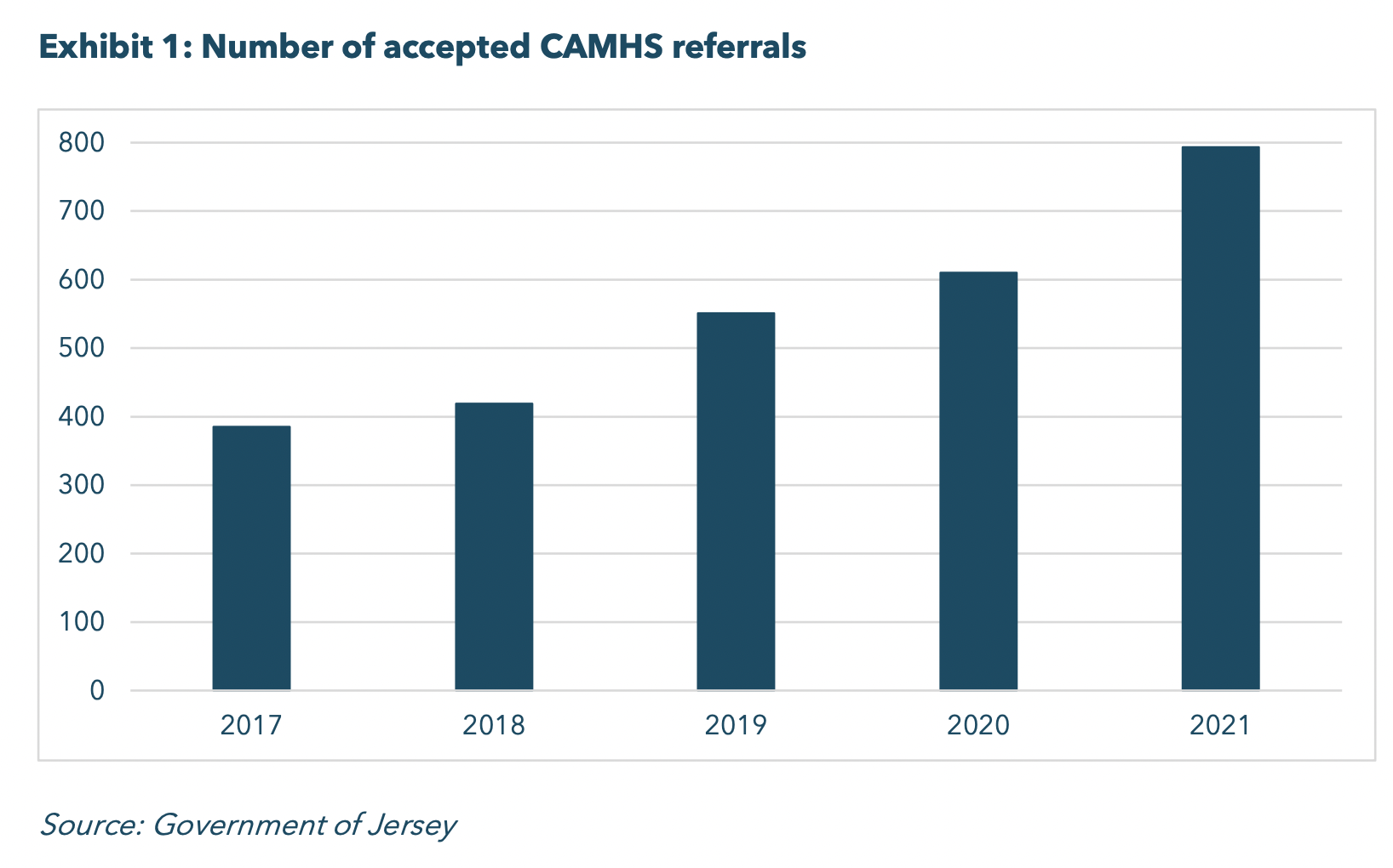 "Despite an apparently successful UK-wide recruitment campaign in 2019, in November 2021 the Government had to launch a second campaign after more than half of the staff hired in 2019 resigned: of the 20 social work qualified posts filled in 2019, only nine remained. To fill the gap, £2 million had been spent on agency workers," she said.

Ms Pamment added, however, that it was "not clear" how "learning from this experience has been documented, communicated or changes actioned."

She also found inadequacies in how young people transitioned to the adult mental health service upon their 18th birthday, with many feeling that they "had not been sufficiently involved in decisions" made about their care and that they did not have "adequate support."

Ms Pamment said she was given sight of a draft new policy, but it did not appear to be "complete or operational."

Children are also at risk as a result of current practices around dealing with those who "did not attend" appointments, which can see some cases closed if there is a repeated lack of engagement.

"...Missed healthcare appointments are an indicator of possible neglect and can be early indicators of wider safeguarding concerns," Ms Pamment said, going on to explain that it is best practice to consider a child who "did not attend" an appointment as "was not brought". 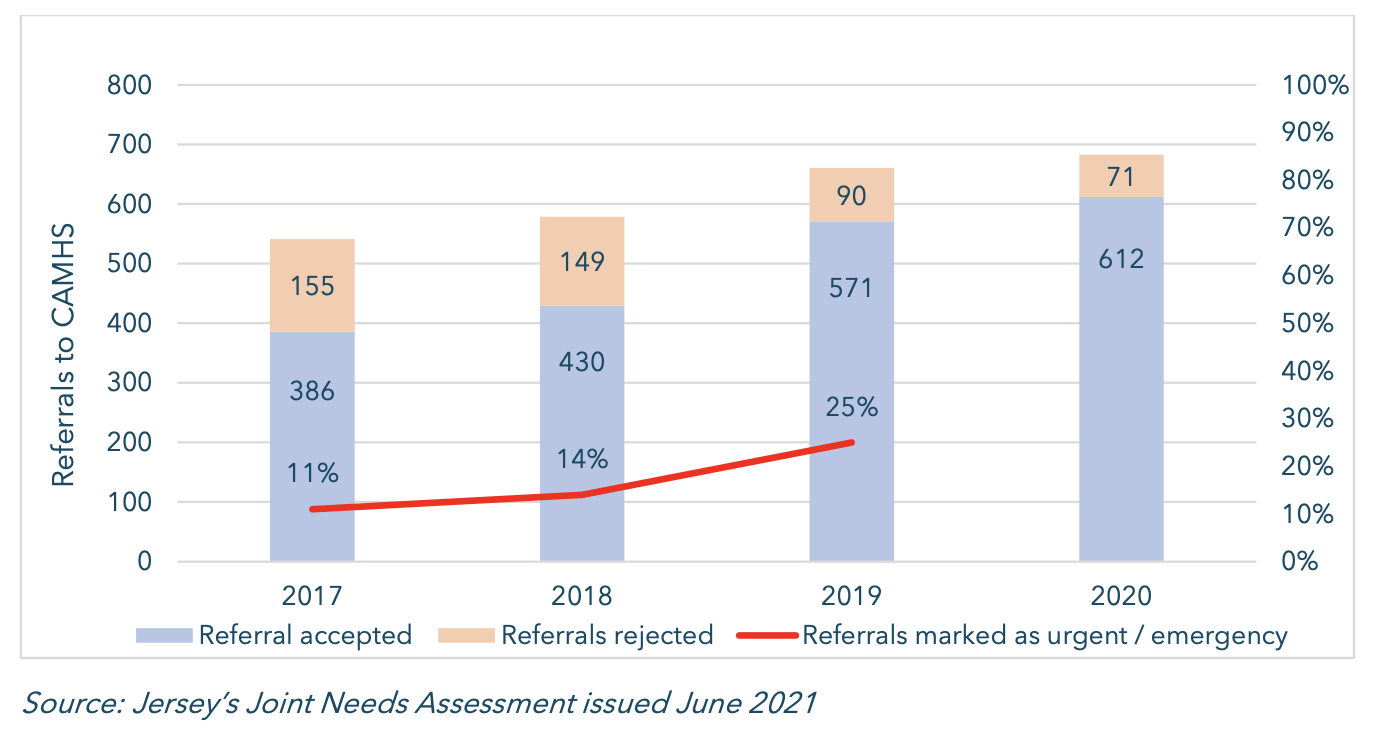 Pictured: The number of urgent referrals is also rising.

In both cases, Ms Pamment said more work to understand the reasons underpinning these figures.

The report puts forward 32 recommendations – among them, strong advice to improve governance, triage and discharge protocols, "was not brought" management and recruitment, as well as data-collection.

Ms Pamment commented: "The Government has committed to investment in the Children's Health and Wellbeing Transformation Programme, including CAMHS, through the Government Plan 2022-2025. This investment is supported by a robust Strategy launched in February 2022.

"Governance, data collection, risk and performance management for CAMHS have been weak. For the Strategy to lead to a step change in service quality and range of provision it will need to be supported by stronger and more effective governance and other arrangements and more specific and detailed implementation plans." 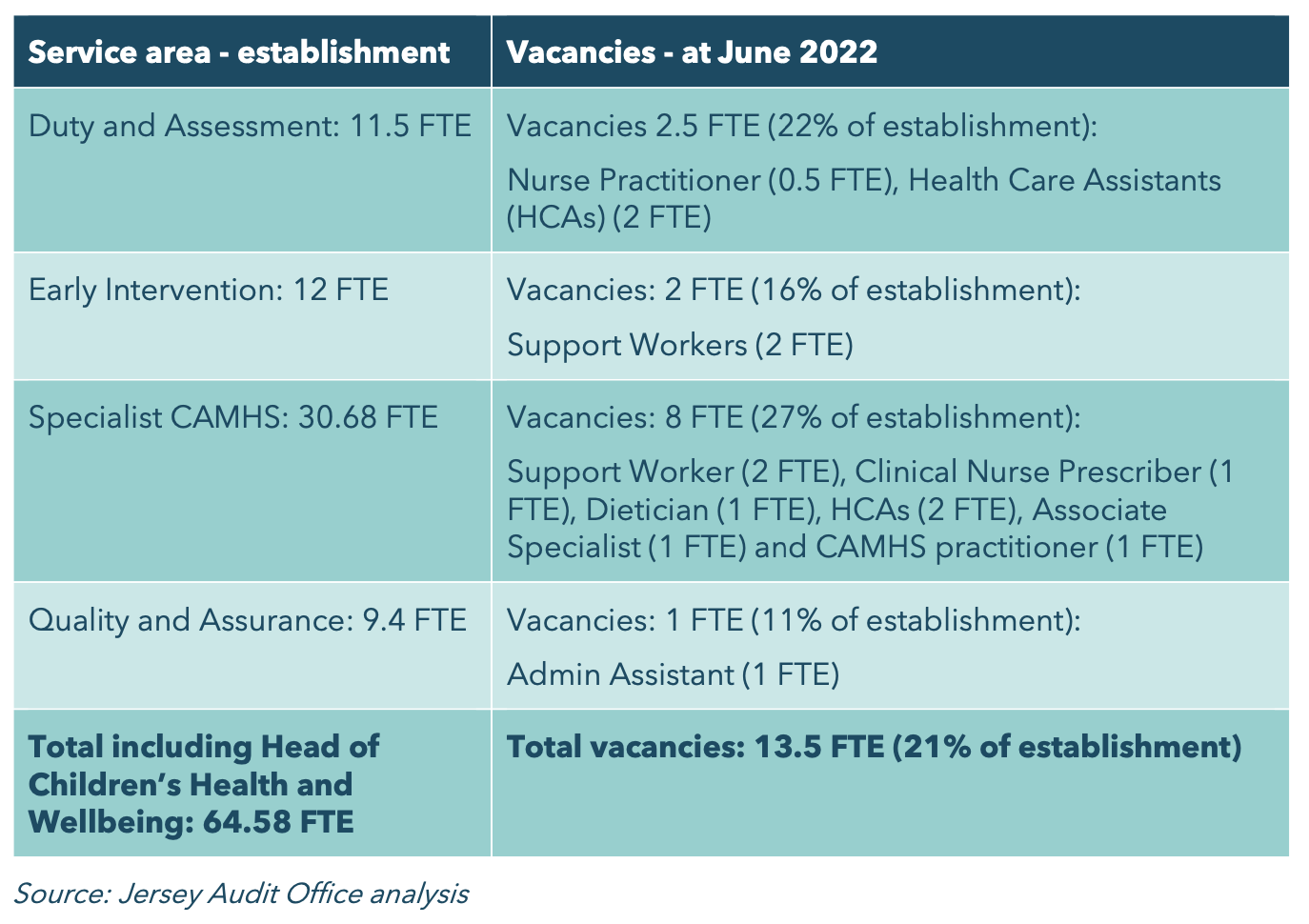 Pictured: The C&AG pointed out that improvements needed to be made to staffing.

Children and Education Minister Deputy Inna Gardiner said she welcomed the report as it was released this morning.

"These recommendations are also familiar to the CAMHS team, and the service has seen substantial improvements in the last year," she said.

"Funding in the 2022 Government Plan has allowed us to recruit staff to improve the data CAMHS collects, and the performance and feedback measures the service uses to measure to improve.

"Ongoing recruitment means that we now have 56 staff, up from 21 in mid-2021. This is on-track to reach the target of 64.5 staff in 2023. With the increase in staff, the waiting times for assessment, therapy, and autism assessments have reduced."

Deputy Gardiner added: "Since taking up my role as Minister, I have continued to work with officers to respond to the C&AGs report and ensure the Memorandum of Understanding is completed by the end of this year. The C&AG report offers us an opportunity to refocus our efforts and move forward to ensure all the recommendations are progressed."

Posted by Keith Marsh on Sep 22nd, 2022
It is a great shame that Jersey does not have more like Comptroller and Auditor General Lynn Pamment , perhaps if we could our Government might run more smoothly
Posted by Lesley Ricketts on Sep 23rd, 2022
Whoever signed the agreement with the UK care provider for the care package should surely have checked that it was suitable for the young person and value for the government. There is no accountability within the public sector and that’s the problem.
Posted by Scott Mills on Sep 23rd, 2022
outside the island, out of mind springs here. Shocking....too busy making the schools over here look like prisons with the fencing. Don't forget to put signs up "No climbing over fences...you may lose finger(s)". I called this when they were springing up around the island schools, that this would happen. But sssssssssssssssssssssssssssshhhhh place it neatly under the island carpet!!!!
To place a comment please login Login »