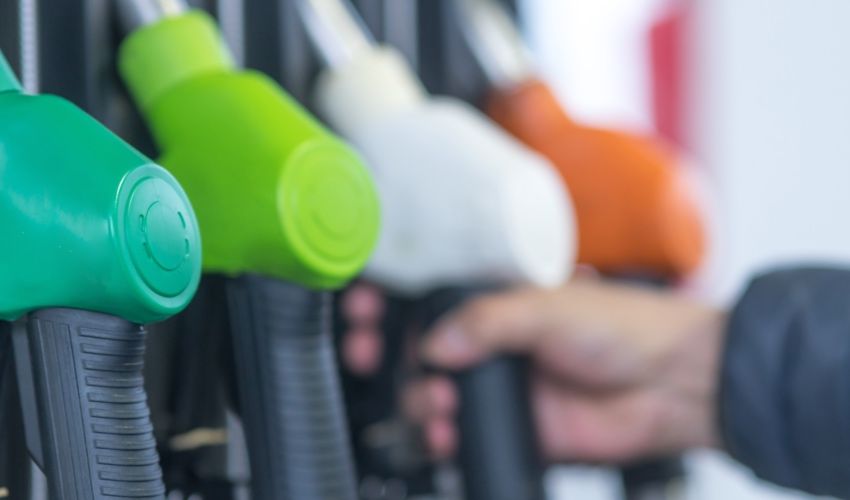 Ministers should look at offering means-tested fuel vouchers, discounted or free bus travel and capping the price of fuel, rather than cutting duty, a new report has recommended.

Ministers asked their economic advisers to conduct a snap review of the local fuel market to see whether cutting duty on petrol and diesel – which had been called for in a petition attracting more than 5,000 signatures – was the right thing to do.

The petition – which was debated in the States on Tuesday but without a vote at the end – called for an immediate 2.5p per litre cut and additional cut for biofuels of 3 ppl.

It was initiated by Jon Best, a director of ATF Fuels, which runs two forecourts in Jersey. 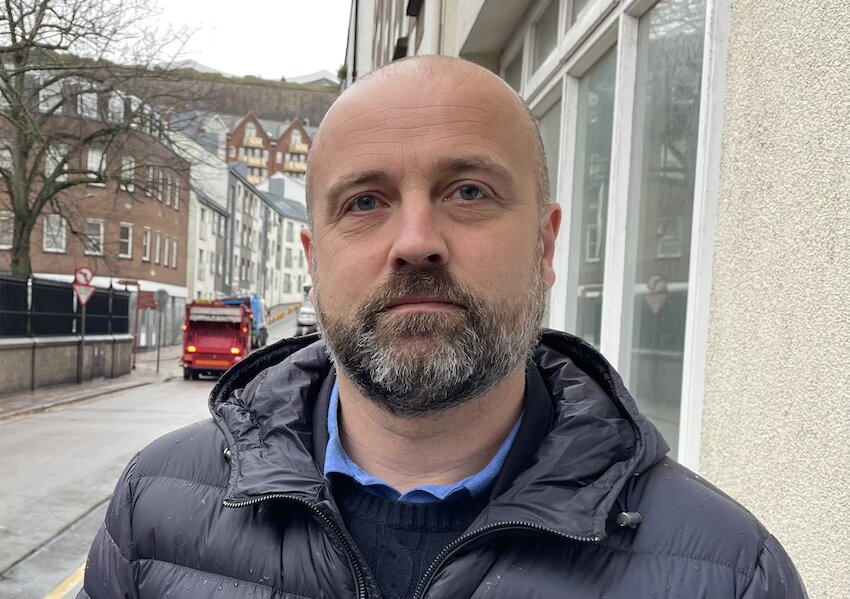 Pictured: ATF Director Jon Best: "We were pleased to see that the fuel duty cut has been debated."

During the afternoon debate, Environment Minister Jonathan Renouf said that cutting duty would be a “blunt instrument” in dealing with rising prices, caused to a large extent by Russia’s invasion of Ukraine.

His views are echoed by the snap review. 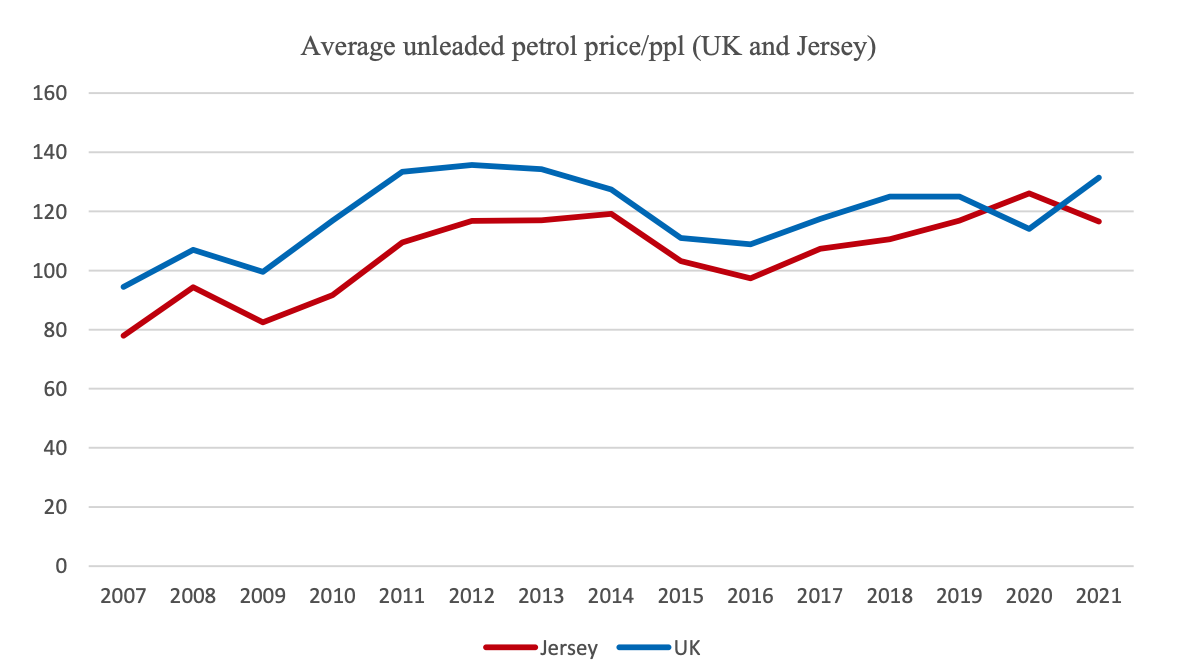 “It appears that there may be alternative policies to cutting fuel duty by 2.5ppl which are more targeted and represent better value for money for government,” it concludes.

“One argument the petition lays out is that a 2.5ppl reduction in fuel duty would cancel out part of the windfall the Government is currently receiving on GST receipts due to 5% of a higher fuel price being a larger figure.

“A 2.5ppl reduction in fuel duty would benefit all those that buy fuel regardless of income. As such it would not be particularly targeted towards consumers most affected by the wider cost of living increases.”

It adds: “It is worth noting that a 2.5 ppl duty cut may not be passed on by all forecourts and would be dwarfed by the difference households could save by changing the forecourt where they buy their fuel.

“The difference in prices between forecourts is consistently more than 20ppl - before discount schemes are considered.

“This provides people with the opportunity to look around for cheaper fuel rather than simply going to their regular forecourt without the need for government intervention.”

The report concludes that the reducing duty would also run counter to the Government’s aim to achieve net-zero carbon emissions by 2050.

Also, the authors find that a cut of that magnitude would only have a small impact on reducing inflation, by less than 0.1% over the next year.

After reading the report and following events in the States Assembly, Mr Best said: "We were pleased to see that the fuel duty cut was debated and although the outcome isn’t the one we had hoped for, we welcome the Government's proposal to not apply any increases in 2023.

"ATF will aim to keep prices as low as we can and continue to supply fuels with renewable content to support the trajectory towards Carbon Net Zero."

The Government report suggested that Ministers look at vouchers, reduced or free vouchers or fuel price caps, although it does not assess the impact of these.

However, some have been adopted elsewhere.

While the UK has reduced its duty by 5ppl, Germany has provided discounted rail travel, New Zealand has cut the price of public transport in half, Spain and France have offered rebates to retailers, while Singapore is making relief payments to taxi drivers. 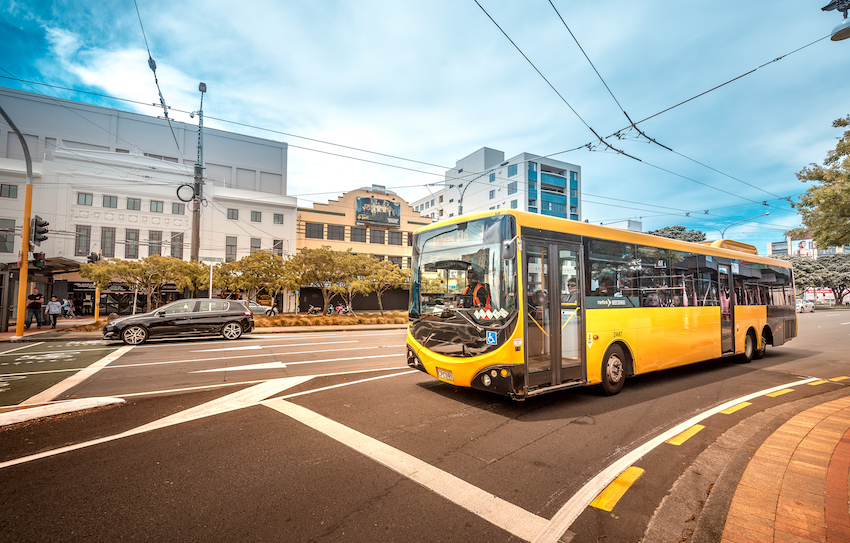 Pictured: New Zealand has halved the price of a bus ticket in response to the cost-of-living crisis.

Looking at the Jersey fuel market, the report finds: “Price differences between fuel stations in Jersey are significant – a customer switching from a fuel station charging higher prices to one charging lower prices could save over £10 per refill.

“That said, many fuel stations operate discount schemes and so the actual price faced by customers may be lower than the advertised price.”

“Other reasons might include customer loyalty (perhaps driven by discount schemes) and other benefits offered by some fuel stations. This suggests that factors other than just price influence which fuel station consumers use.” 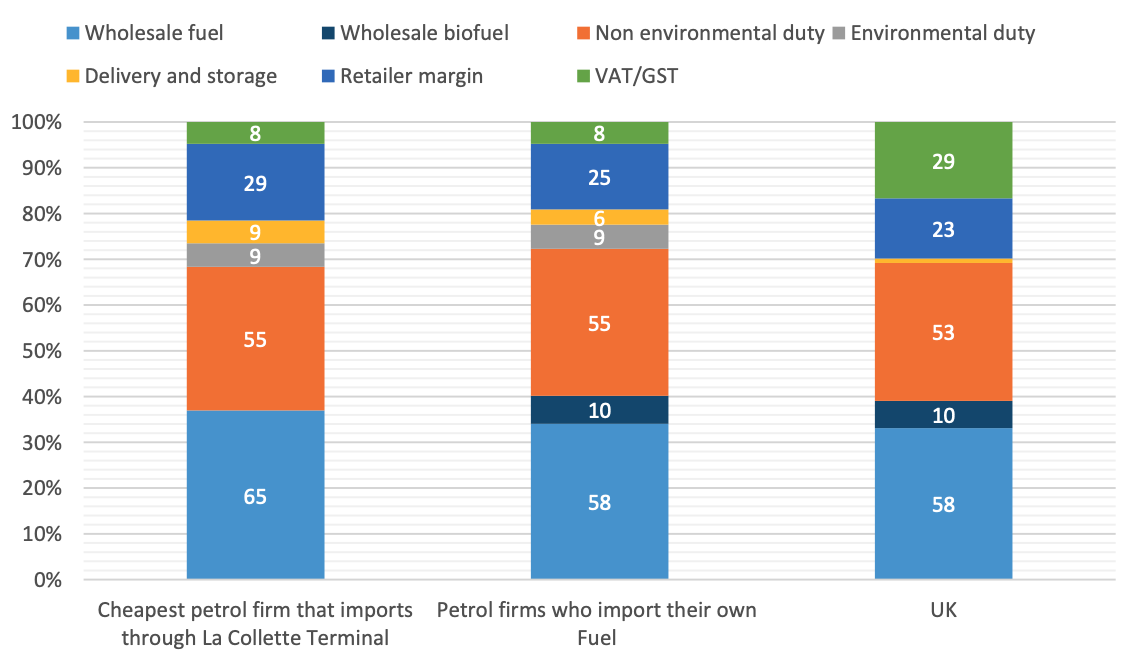 CLICK TO ENLARGE: Breakdown of average price of unleaded petrol in the UK and in Jersey (source: GoJ report).

Jersey used to be cheaper than the UK but prices have risen to match its northern neighbour. A greater proportion of the Jersey population drive regularly compared to the UK.

From the 2021 census data, 75% of islanders who live in rural parishes and work in St Helier travel to work by car.

The report concludes that it is difficult to determine retailers’ profits, as each company will have different operating costs, but there is no evidence that profits are excessive, particularly at the cheaper end of the market.

Commenting on the report, Mr Best said: "We were really pleased to see a high-level report which, like any review, raises as many questions as it does answers.

"In our opinion, the report sets out the need for an overarching and comprehensive future fuel policy, one that accommodates the need for renewable fuels as we transition to electrification - or other technologies - and provides the necessary critical infrastructure to facilitate it, while in tandem providing a competitive market that treats all operators equitably."

Posted by Paul Sanderson on Oct 6th, 2022
This is a copy of an email I sent to all Deputies via the facility on he SOJ website (I had 2 responses which is a sad indictment of a lack of courtesy as far as I am concerned) Thank you to the 2 lady deputies who did respond.

I understand that the debate on the proposal made by Jonathan Best via his petition will be held this week.

I wish to state that I believe it is totally unfair to apply GST on the Fuel Duty which is a "tax" in itself. It is in effect a "tax on tax".

I have no issue with GST being applied to the actual cost of the fuel to which the Duty is then added.

The reasons given by the previous minister that £40 would be paid to those on low incomes does not reflect the overall much higher costs for transport to deliver goods etc. This impacts every business and individual in Jersey whether a driver or not!

Thank you for reading this and perhaps taking my views into consideration prior to voting.

I will read with interest how you all vote as individuals.

Willing to receive replies: Yes
Posted by Scott Mills on Oct 7th, 2022
fuel has about 3/4 taxes (all hidden, GST, duty and road tax). So when it's hidden, it's harder to understant what we are charged for GST, duty and road tax. Because our roads are awful, end of.
To place a comment please login Login »