Wills and Kate to visit Jersey? 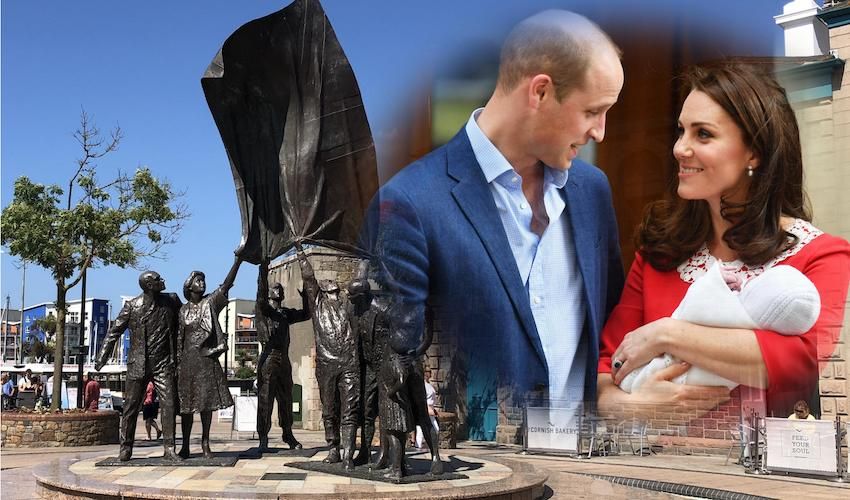 Wills and Kate to visit Jersey?

Prince William and Kate Middleton could be joining islanders celebrating 75 years since Jersey was liberated next year, after the politician overseeing the anniversary event said he was "confident" it will attract a high-profile royal presence.

Deputy Kevin Pamplin announced on Christmas Eve that he would be chairing the group responsible for organising 'Liberation 75', commemorating three quarters of a century since the end of the Nazi Occupation.

Having this week appointed members to that group, Deputy Pamplin told Express that the team were keen to welcome high-profile Royals to Jersey's shores for the ceremony.

He said that this will be a consideration when finalising the budget: “We’ll need a certain amount of money especially when we start thinking about the Royal guests we want to bring over. It won’t be a surprise to anybody that given the milestone of the year, we want to have as high a Royal presence as possible and we’re working really hard on that.”

Pictured: Could one of these Royal couples be due to visit Jersey in 2020?

The Deputy alluded to the fact that organisers of Liberation 75 are after more than one Royal guest, and hinted that, with the Queen and Prince Charles having previously visited on milestone Liberation Days, fresh faces could be set to appear.

Deputy Pamplin wouldn’t go into any more detail about who the mystery Royals might be as he said he “wouldn’t want to ruin the work that’s going on behind the scenes”, but added that he’s “pretty confident… we’re going to get as high a Royal presence as possible.”

Pictured: The island commemorates Liberation Day every year on 9 May and the 2020 celebration is set to be the biggest yet.

The anticipated Royal visit is just one aspect of the 2020 celebrations which will mark the 75th anniversary of the island being freed from German occupying forces that took control of Jersey during the Second World War.

Deputy Pamplin is hoping that the “milestone moment” of Liberation 75 will be an opportunity to “invigorate” the celebration and get as many people involved in the commemoration as possible.

“We should be aware that some of our residents, the islanders who do remember Liberation Day, it might be their final milestone that they’re with us so we really want to make them the focal point," the Deputy explained.

“It’s great that we have all these digital records, we have books… but you can’t beat that human storytelling and the feeling of sitting on your relative’s knee and having that passed on to you as a generation," he continued.

Other politicians were this week appointed to the Liberation 75 working group in charge of organising different aspects of the event:

The celebrations are set to take place within an improved Liberation Square and Weighbridge zone, with £1.4million set aside in the 2019 Budget to enhance the area in advance of the big day on 9 May.

Pictured: £1.4million has been allocated to create "one large, improved amenity space" by combining the Weighbridge and Liberation Square as well as making other improvements to the area ahead of the anniversary.

In December, Minister for Infrastructure Deputy Kevin Lewis announced plans to use this money to “join Liberation Square and Weighbridge Place by extinguishing the section of road between the two squares to create one large, improved public amenity space".

“It is proposed that it is completed by and opened on 9 May 2020 to commemorate the 75th anniversary of the liberation of the island. Thereafter, the new combined amenity space will be available for the continuation and enhancement of the numerous community activities that the squares currently host," he explained.

The Liberation 75 working group will be holding an initial consultation workshop on 26 January with others who have been closely involved with commemorating the Liberation over the years in order to establish what to incorporate into the landmark anniversary.

The Bailiff’s Chambers are inviting members of the public interested in contributing to preparations to get in touch to get involved in the workshop or to submit their ideas for the event in writing.