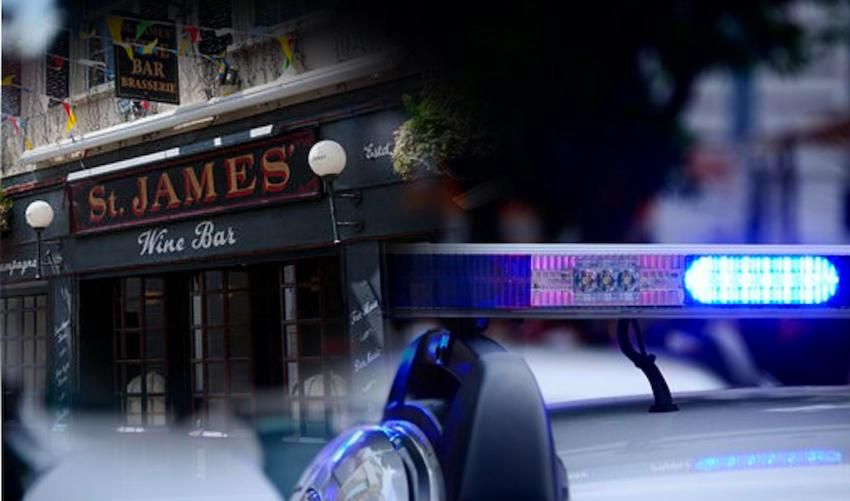 Police are asking for the public’s help in finding a man who indecently assaulted a woman in her 20s at a town wine bar.

The assault, which happened over the woman’s clothes, took place on Saturday (2 November) between 23:45 and midnight at St. James Wine Bar on Rue de Funchal, St. Helier.

The woman was returning inside the bar when the man passed her in the hallway. It was at this moment that he touched her inappropriately, Police said.

Pictured: The wine bar where the assault took place is on Rue de Funchal.

In an appeal for more information, members of the Force provided the following description of the perpetrator: “The man is described as having a tanned complexion, about 6ft tall, skinny build, in his 20s or 30s and spoke in Portuguese. He appeared to have acne scarring on his face and his teeth were quite stumpy and yellow. He was unshaven. He had short to medium length dark hair.

“He was wearing a black hood and a white padded jacket to his waist, which was zipped. The hood was from a jumper underneath the jacket. He was wearing dark blue jeans.”

Anyone with more information about the man is urged to contact Police on 612612 or make an anonymous report using Crimestoppers’ online form.