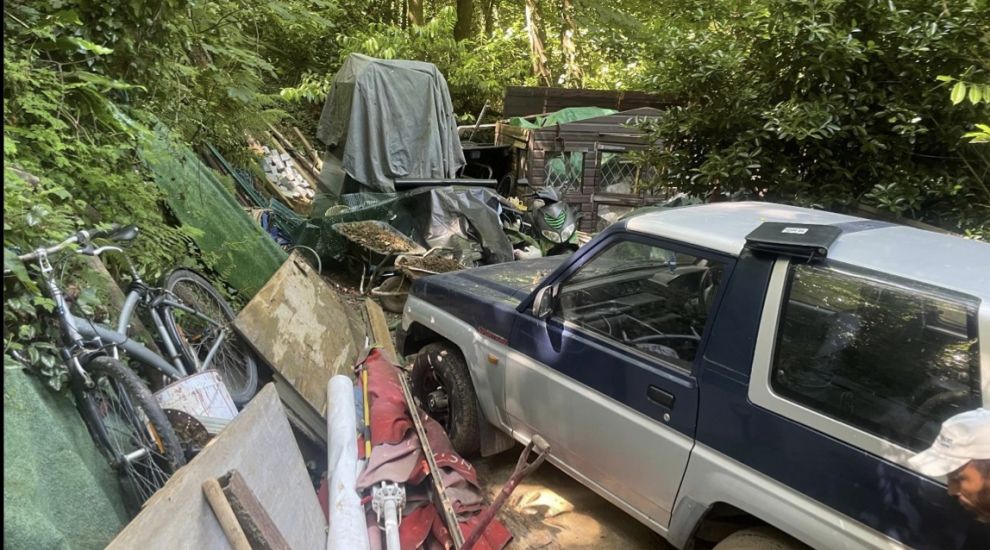 The owner of “protected” woodland littered with old mopeds, motorcars, scaffolding and other “ruinous and dilapidated” structures has been ordered to clear up the area or risk facing prosecution.

Planning issued an enforcement notice against the owner of Le Côtil de Délà, just off Le Chemin des Moulins, at the beginning of September, giving the owner of the St. Lawrence land 90 days to comply.

When a Planning Compliance Officer visited the site, he noted that the woodland – which sits within Field L511, a designated 'Green Zone' and 'Strategic Countryside Access Site' in the Island Plan – was being used as storage for "miscellaneous pre-fabricated items", including gardening materials to concrete blocks, oil tanks, drainpipes, fencing, scaffolding, paving slaps and advertising hoarding.

Amongst the mess were nine disused vehicles: three mopeds, four motorcars, and two diggers, some of which covered by overgrowth.

On 2 September, a notice was issued under three articles of the Planning and Building Law related to "removal of ruinous dilapidated buildings", "proper maintenance of land" and "action in respect of disused vehicles."

"If you fail to comply with the requirements of this Notice you may be liable to prosecution pursuant to Article 93 of the Planning and Building (Jersey) Law 2002," it warned.

(Photographs taken on a site visit by a Planning Compliance Officer) 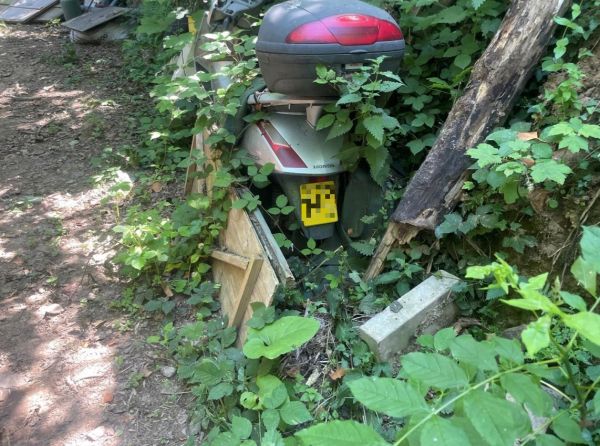 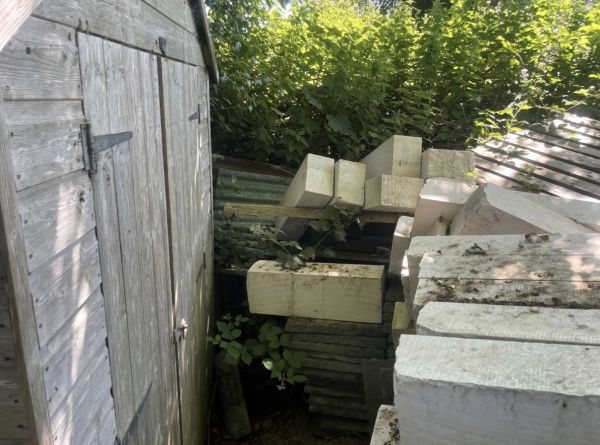 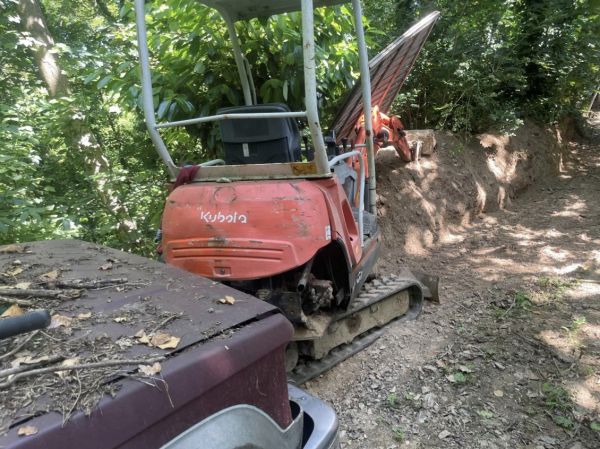 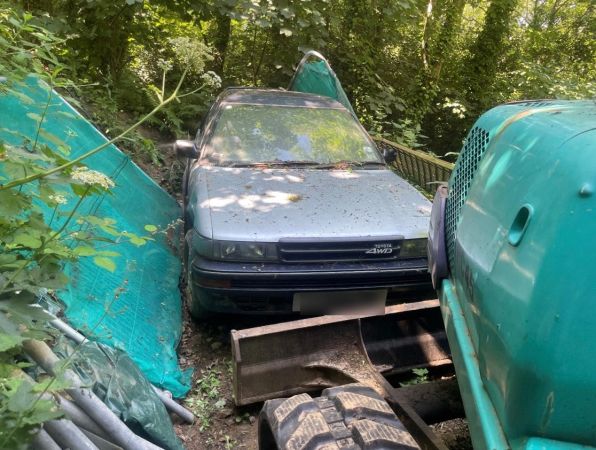 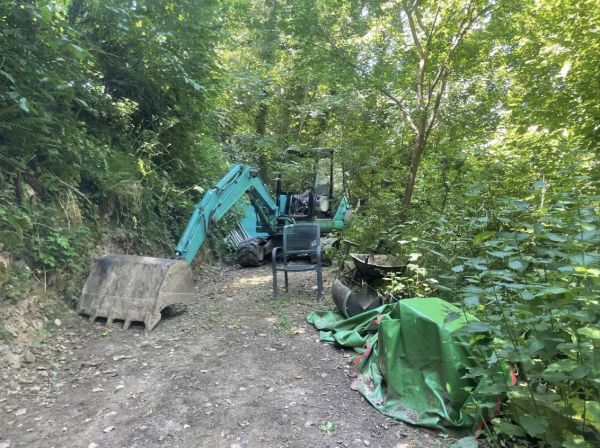 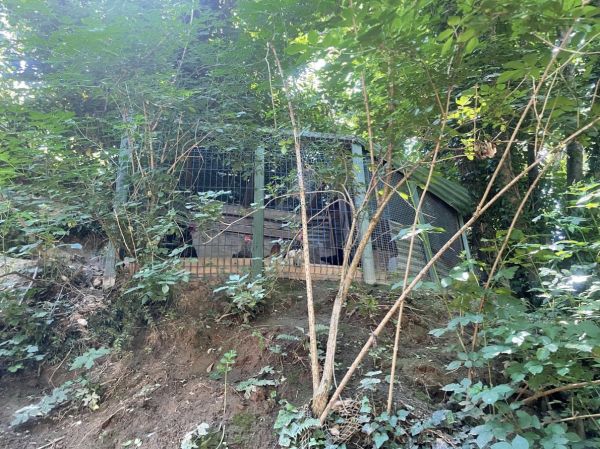 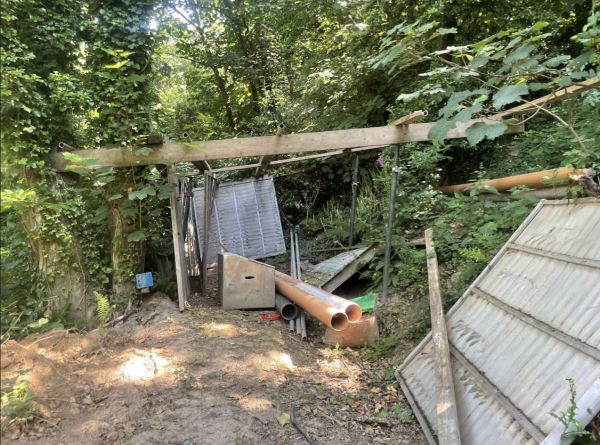 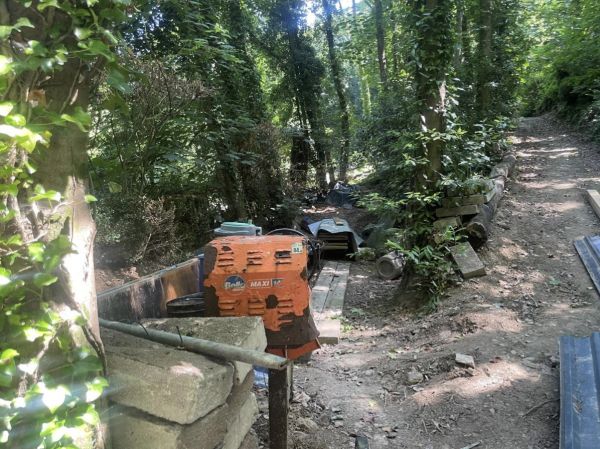 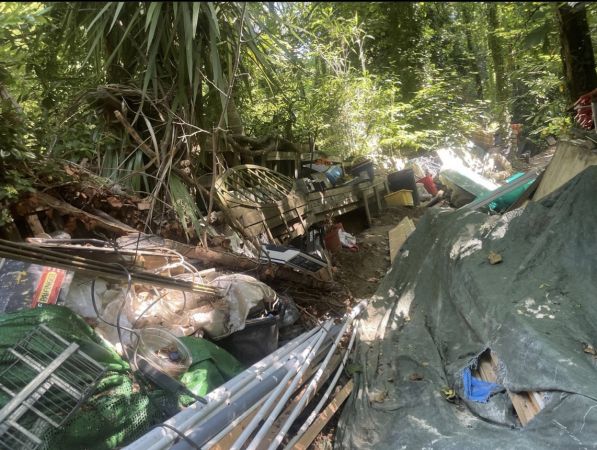 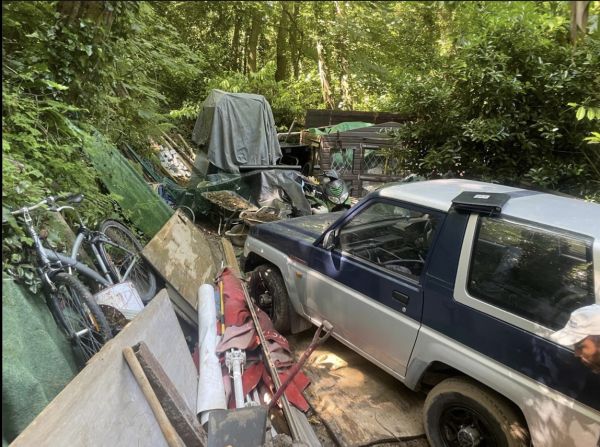 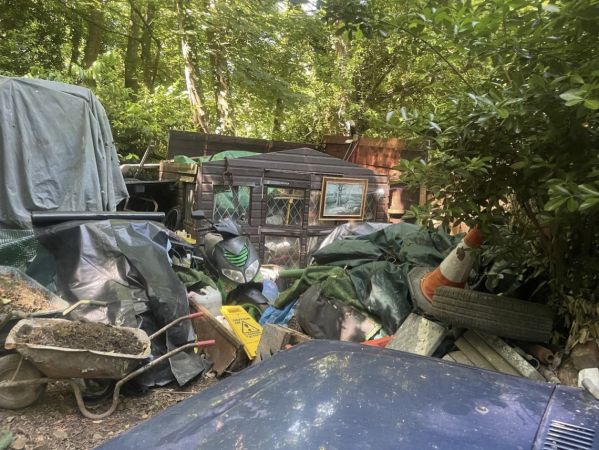 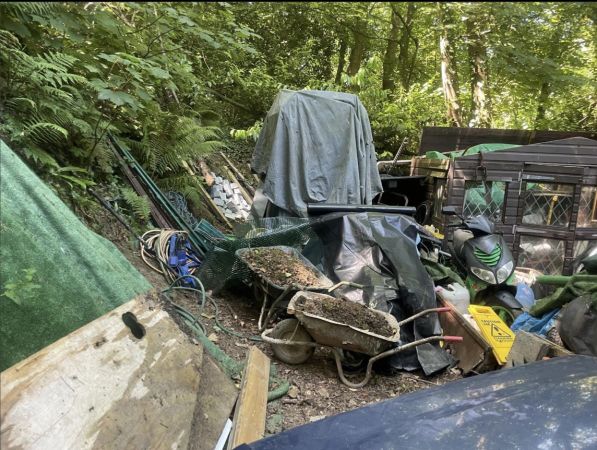