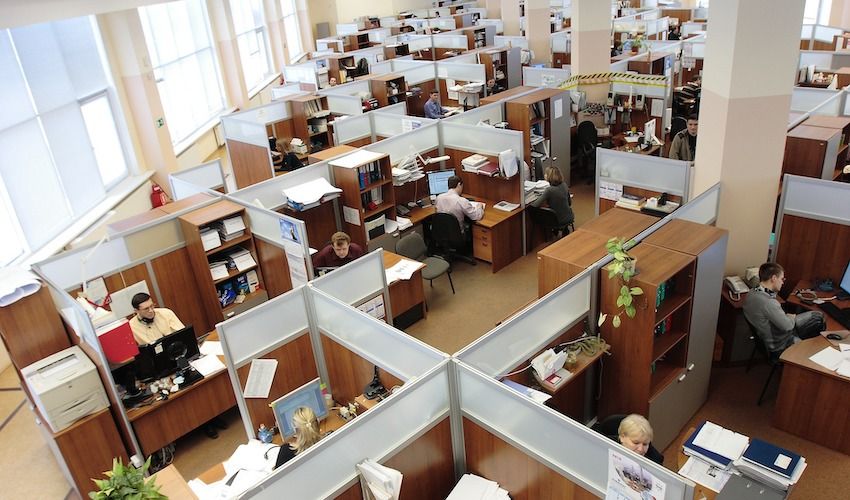 The Chief Executive of a local mental health charity has warned against 'hot desking' - a practice that sees workers share a work space rather than being allocated their own, and which has recently been adopted in the civil service.

Patricia Winchester of My Voice also says that while she has seen some improvements in the way mental health is approached in local businesses, there is much work to be done.

She says the most common issues are stress and depression, which comes along with anxiety, low self-worth and self-esteem as well as lack of confidence and concentration. Individuals in all industries are affected.

“It's civil service, it's teaching, it's retail, it's finance, anywhere. Everywhere today, jobs are stressful,” Mrs Winchester said. “Everywhere today, people are under pressure, life is more pressured, people managing their finances is more difficult and so it's right across the board.  I think in some sectors, in particular in finance, it's perhaps more hidden than in other areas.” 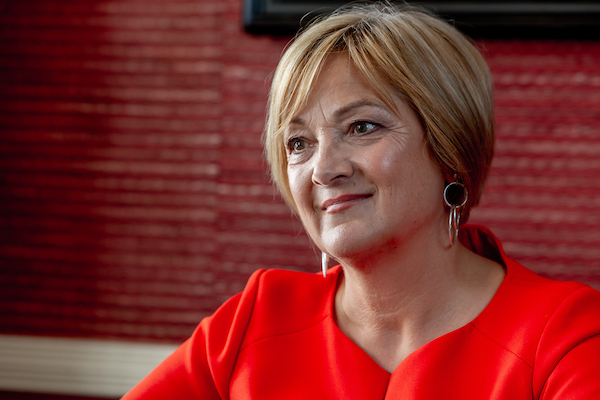 Pictured: Patricia Winchester is the Chief Executive of 'My Voice,' a local mental health advocacy charity.

The mental health advocate says that companies need to value their employees, and look after them, so that they feel they can be honest about what they are going through. She explained that if people carry on working without seeking treatment or only do part of the work they are supposed to, the overall business is then affected.

“What then happens is productivity is affected, because you have what you call presenteeism, where people go into work, but they're actually not very productive.  Research by Oxford University shows that the cost to a business of presenteeism is probably twice that of, actually, absenteeism, so it's quite significant.”

The best way to avoid that, she says, is to treat employees with respect, and understand that what has happened to them could also happen to the employer.

"Working is not just about the financial benefit that people get, people also want to feel that they belong, that they are making a contribution, that they are valued by their employer and I think that's what you need to do,” Mrs Winchester explained. 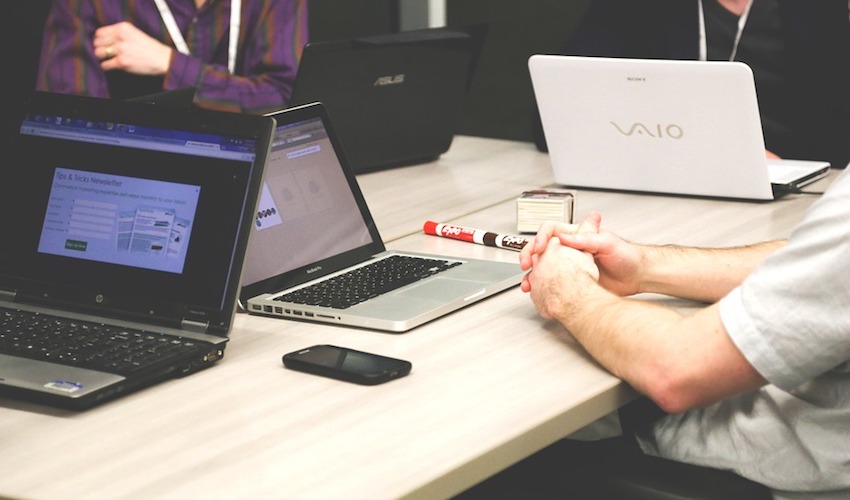 Pictured: Employers need to treat their workforce with respect and value them.

Sadly, Mrs Winchester says she hasn't seen much change in the past 13 years.

She believes that companies want it to appear as if they understand, but, in reality they are not doing anything differently.

While the government could lead the way with civil servants to inspire other local companies to follow suit, Mrs Winchester says it isn’t the best example at the moment.  She says there are widespread morale issues among civil servants, which seem to boil down to their working environment, “without any natural light, they have 18 inches of desk space, and it's hot-desking.”

Some employees described hot-desking as “a disaster” as highlighted in the Team Jersey Programme Phase One report. 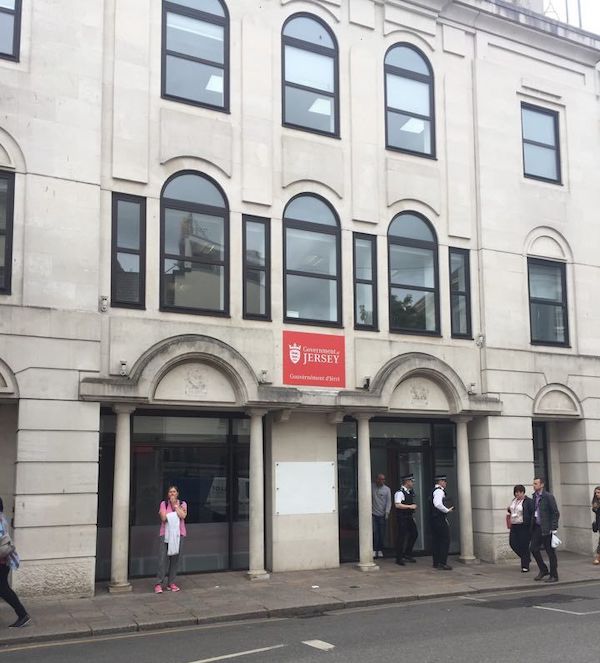 Contacted by Express, the government said there is an ongoing review of desk usage at Broad Street, as well as "continuous engagement with colleagues on their feedback on our working environment." They have created a Building User Group, made up of representatives from all teams in the building, which regularly meets to raise any issues and discuss ideas about the building environment, working practices and wellbeing initiatives.

A spokesperson for the Government said that with civil servants working on average 225 out of 250 working days, any desk they use is empty one day in ten, making a total of at least 12,500 empty desk days a year in the Broad Street office.

"Hot desking has been widely adopted in many other organisations, because it makes better and more cost-effective use of office space," they explained. "Hot desking allows us to fit the number of desks more closely with the number of people actually in work, rather than in post.

"When the office is busier, our hot desking policy allows colleagues to sit with other teams, and on other floors, and to use break-out areas too. Generally, feedback from colleagues is that we could fit more staff into Broad Street. " 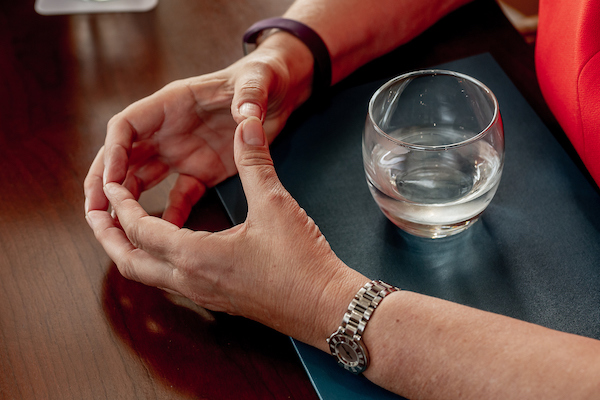 Pictured: Mrs Winchester says she hasn't seen much change since she started working.

The Government also said that one of the larger Broad Street break-out areas, which is located on the fourth floor, has big windows and an outside terrace, allowing colleagues "access to natural light for informal meetings or for screen breaks."

But according to Mrs Winchester, while hot-desking might seem very efficient, it can affect the wellbeing of employees. "You don't know where you're going to sit every day,” she explained. “It sounds childish, but actually, it's quite important to how we feel about work. Work is not just about income.

“So, if every day when you go in, you don't know where you're going to sit, you've got very little space, you've got people all around you, you know, you can hardly move your elbows for fear of touching somebody, you can't talk privately with somebody, because you've got people around, opposite and behind you, I don't think that's great for mental health.”

Posted by B De Gruchy on Jul 1st, 2019
Hot desking : a great way to make people feel insecure & homeless at work as well as being expendable!
To place a comment please login Login »