Weekly picture of Island life during the Great War 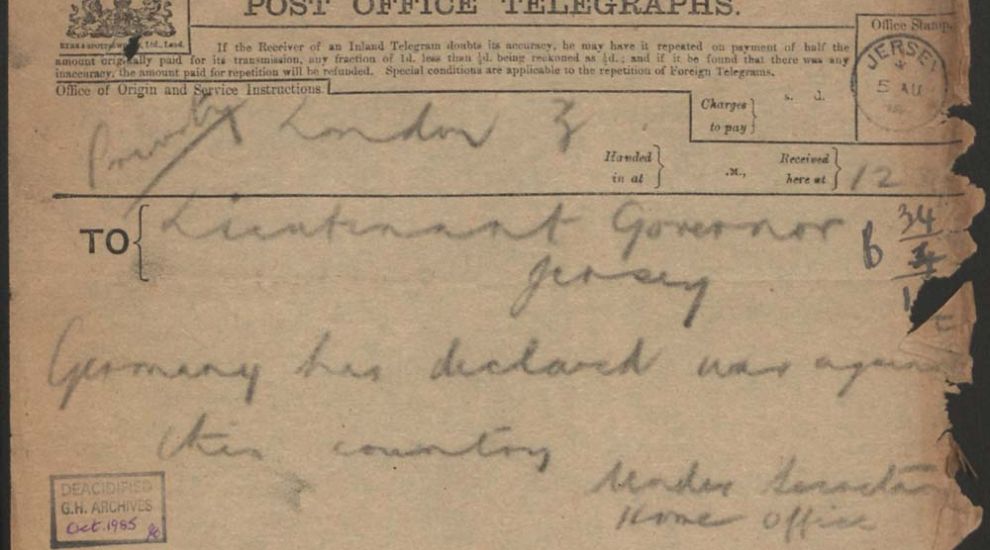 Weekly picture of Island life during the Great War

Jersey might be experiencing the same weather as it did a hundred years ago, but as a new blog shows life in the Island was very different in the lead up and during the First World War.

For the next four years Jersey Heritage are publishing the weekly blog on their website, which is being written by local historian Ian Ronayne to mark the centenary of the Great War.

He’s been trawling through the archives to find out how the States reacted to the War, how the militia was mobilised and how Islanders’ lives changed forever.

Archives and Collections Director Linda Romeril said: “At the Jersey Archive we wanted to mark the centenary of the First World War by looking through the documents that we hold and providing a picture of what life was like in the island at that time. The Great War saw monumental changes and we wanted to represent this journey by presenting the story in bite size chunks every week.

“It is a gripping tale and we are hoping that people will come back week on week to find out what the next episode will bring. We would like local Islanders to engage in the story and are talking to schools in the hope that they will follow the blog as well. It will be a perfect opportunity to get a sense of what life was like in Jersey and how life was immeasurably altered with the onset of World War One.”

In his first instalment Mr Ronayne reveals how the good weather in Jersey in 1914 was helping produce a good potato crop for export to the UK.

Whilst there were concerns here about the increase in the number of horse and cart accidents, there was bigger cause for concern outside of the Island. The body of Archduke Franz Ferdinand had just arrived back in Vienna following his assassination in Sarajevo – a shooting which triggered the start of the First World War.

This week a hundred years ago the Jersey Militia's Town Battalion were in training, carrying out live firing exercises in St Ouen's Bay and were told they all needed to act as soldiers and gentlemen.

Mr Ronayne said: “It is great to be part of a project that I hope will put a spotlight on how Jersey and Islanders were directly affected by the First World War. During the next four years we have the chance to reconnect with this important part of our history, and the blog can play a major part in that.”

You can get the next instalment of life in the Island 100 years ago next Monday.