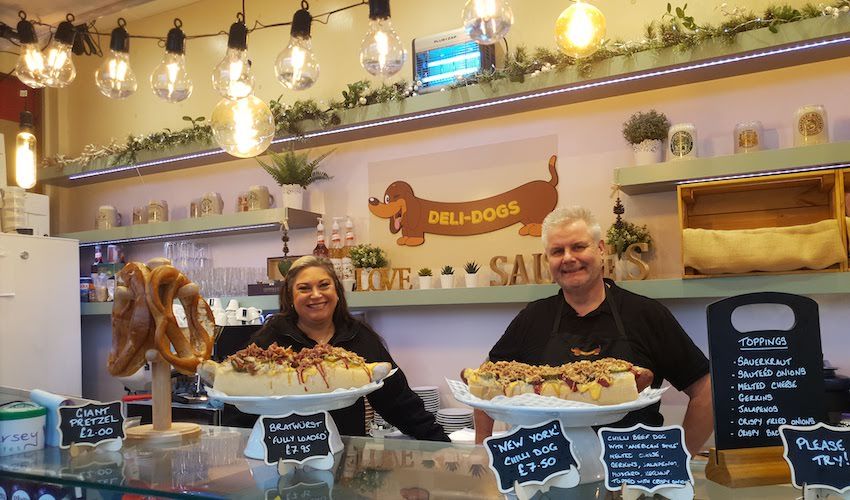 A foodie couple, passionate about cooking, have set up shop in the Central Market, dishing up foot-long bratwursts and other hotdogs with an array of traditional toppings.

Self-confessed foodies and keen cooks, they have been catering for local clubs and organisations for several years. However, it took a lot of convincing from their friends for them to finally take the leap to open their own establishment.

“Our friends kept saying, ‘Why don’t you do it? You are actually good at this!’ and then we started thinking, ‘Why not do it?’” Lynelle said. 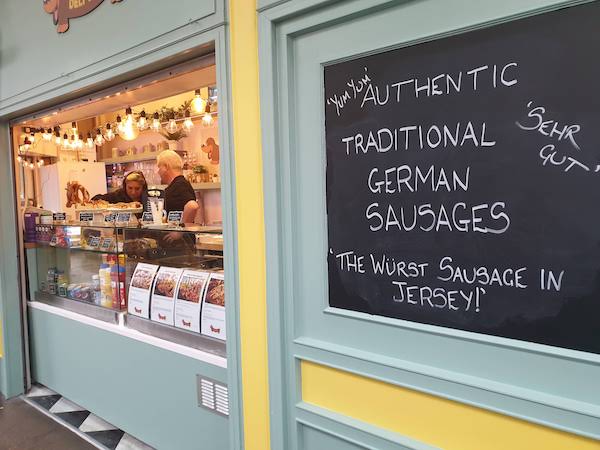 Pictured: Deli-dogs opened on 11 December in the Central Market.

While the couple’s original idea was to have their own food truck, they decided to take a more 'static' route when a small unit became available in the market.

Mark - who has worked in construction – has taken the lead on the cooking, while Lynelle – who admits being more of a baker – is the smiley face of Deli-Dogs, taking customer orders and dishing them up.

“We wanted a different feel, we wanted to transport someone and evoke memories,” Mark explained. “We wanted to do something different.”

“The idea of Deli-Dogs come from being on holiday abroad,” Lynelle added. “Mark is a bit of an explorer, on holiday, he likes to go off the beaten track, have some regional food and meet locals.”

The small unit, which the couple redecorated in just one week, was designed to “evoke a feel” of Germany, with Bavarian steins, as well as sausage puns and ornaments.

All of the produce - accompaniments included - also comes from Germany, which has caused some delivery issues in the early days and caused the couple to push back the opening date. 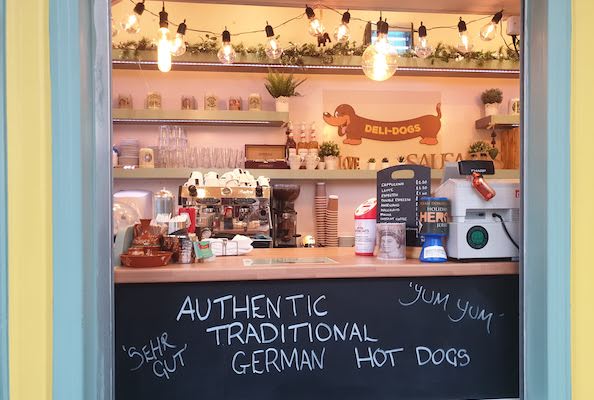 However, the team say Deli-Dogs is not solely “a German sausage outlet” and will also include other international dishes, such as Toulouse sausages and merguez, in future.

“We want to keep it simple for now and then expand,” Mark said. “Everybody has a regional sausage. We want something local as well and that will come with time and through working with someone to produce something local.”

While they had experience with catering, the couple admits that the move to a permanent outlet has been a “steep learning curve". 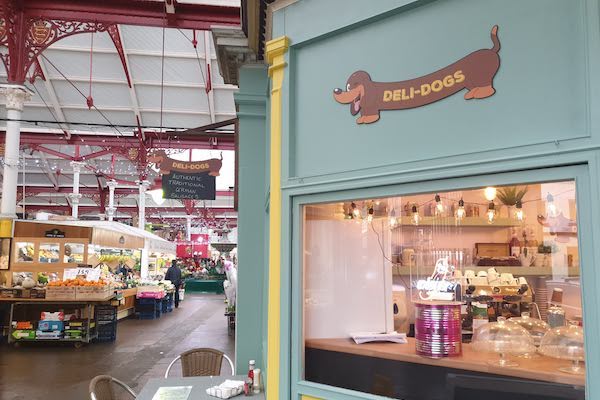 Pictured: Deli-Dogs was inspired by the couple's holidays.

“With events you can plan better, you know how many people you will have,” Mark explained. “Here, every day is different. You can be flat out one day and then not so much the next day. It’s about trying to gauge it.”

However, the couple has been bolstered by the response they have received so far. The Deli-Dogs seem to have struck a chord with islanders, and Mark and Lynelle say they were pleasantly surprised with the “really good feedback” the vegan sausages received.

“It’s lovely to be in a job where people say thank you,” Lynelle added. “It’s a really good feeling to get that personal response. I like the interaction with the people and to see them enjoy what we are giving them.”