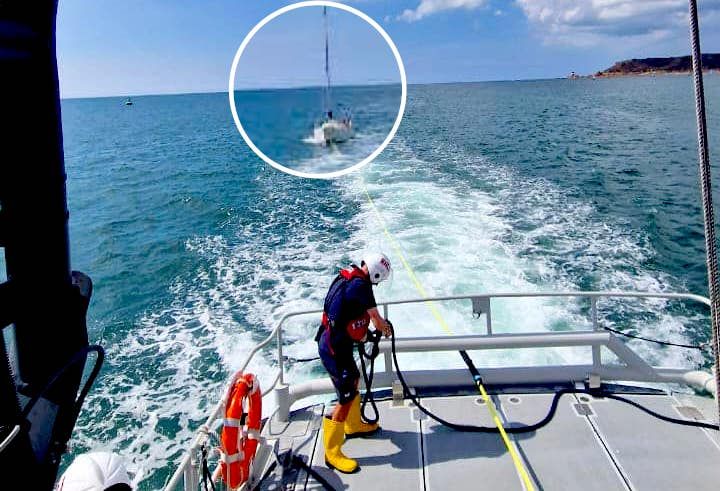 A yacht with a fuel leak avoided getting stuck at Portelet yesterday thanks to lifeboat rescuers.

The St. Helier RNLI crew was called out around 11:40 yesterday to help the yacht. which had six people on board including one child.

The group advised that there was just 3m of water below the bottom of the yacht, with an ebbing tide. 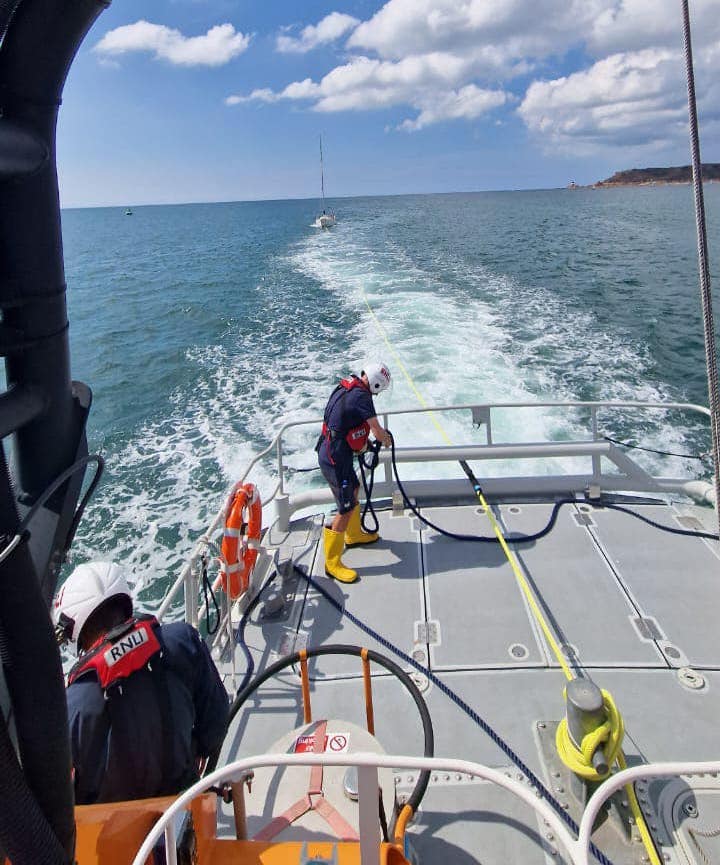 Pictured: The yacht being towed. (RNLI)

On arrival, the RNLI crew investigated the fuel leak and were able to confirm it was "not dangerous".

However, it was decided that the safest course of action would be to tow the yacht back to St. Helier harbour.

"As the casualty crew were safe and well, and the conditions benign, they stayed onboard their yacht," the RNLI explained. 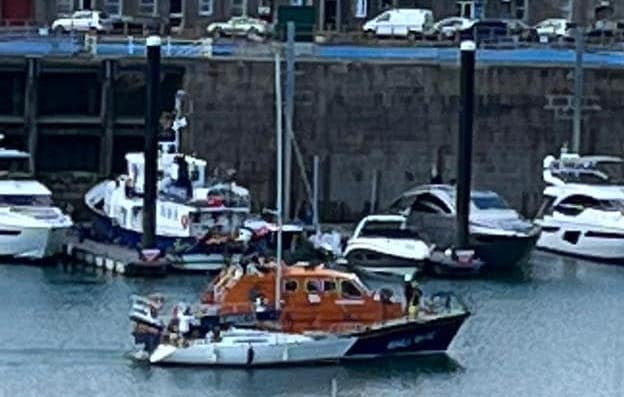 Pictured: George Sullivan and the casualty yacht back in the harbour. (RNLI)

"A tow was established and the vessel was taken back to St Helier."

Posted by Robert Gabriel on Aug 30th, 2022
Ports of Jersey needs to explain why they are dragging their feet in getting the JLA reinstated? If Jersey has the benefit of two All Weather Lifeboats it’s incumbent on the PoJ to explain why they are preventing one from operating. It’s not as if it cost them anything is it?
To place a comment please login Login »