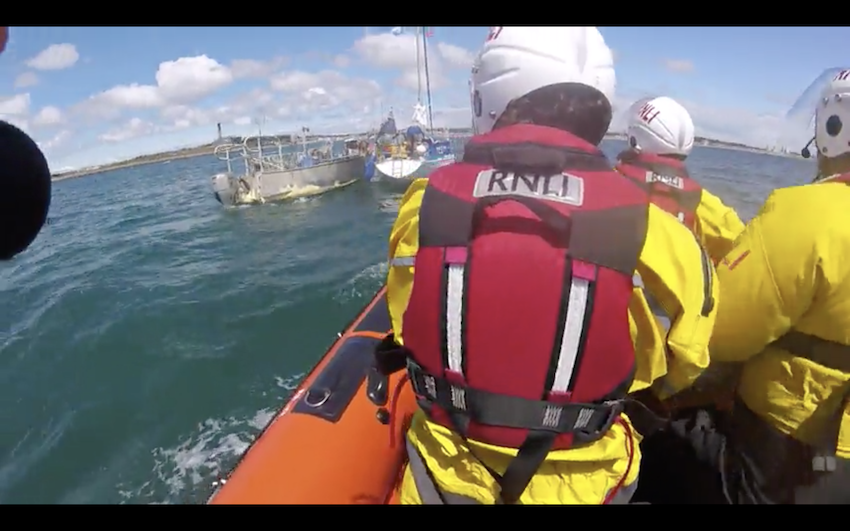 A lone yachtsman had a lucky escape this week after being saved in a joint rescue by the St.Helier Inshore Lifeboat and a fisherman, after he was knocked unconscious.

It happened on Monday afternoon near the Demie de Pas lighthouse off St Helier.

A fisherman raised the alarm after pulling alongside the yacht in the rocky area just northwest of the lighthouse, and discovered a sole crew member who required medical attention for a head injury. It appeared that he had been struck by the boom of his yacht and knocked unconscious.

:The yacht had already been rigged for a tow by the fishing boat and, in view of the casualty's reluctance to be moved and the risks involved in moving him, the decision was taken to leave him on the yacht, administer casualty care and monitor his condition, and proceed into St Helier harbour."

The three boats sailed to the visitor moorings in St Helier harbour where they were met by awaiting ambulance crew.