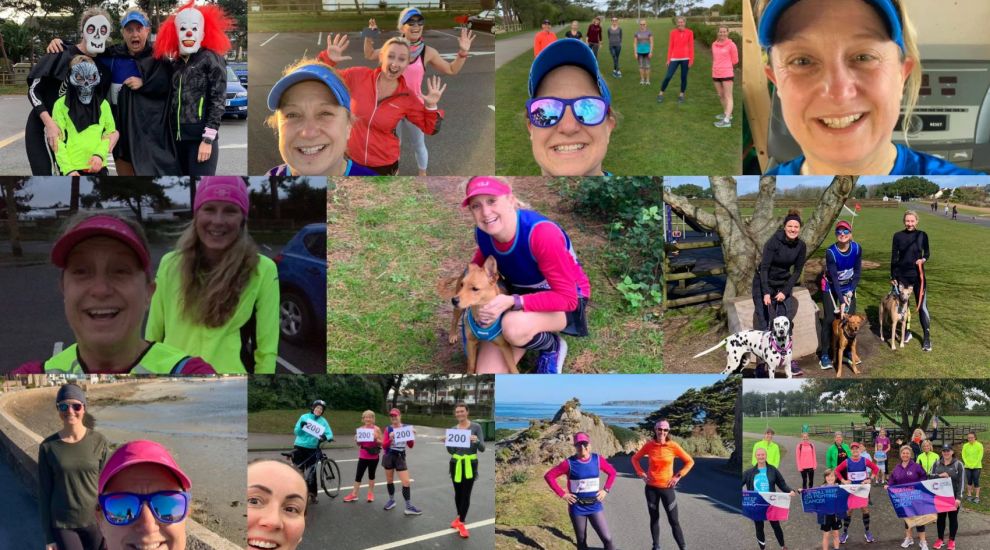 A local dance teacher is nearing the end of her challenge to run 5K every day for a year, which has helped her raise over £10,000 for a cancer charity inspired by two close friends who had the illness.

Jennifer Seymour’s epic challenge started on 24 April 2020, with an aim of raising £2,000 for Cancer Research UK - a charity she has been supporting for several years by taking part in their ‘Relay for Life’.

The cause is very close to Jennifer’s heart as two of her “dear friends” were diagnosed with cancer just 18 months apart.

Her childhood friend Megan Elliott – who lives in Warrington, Cheshire – was diagnosed with breast cancer in 2016. 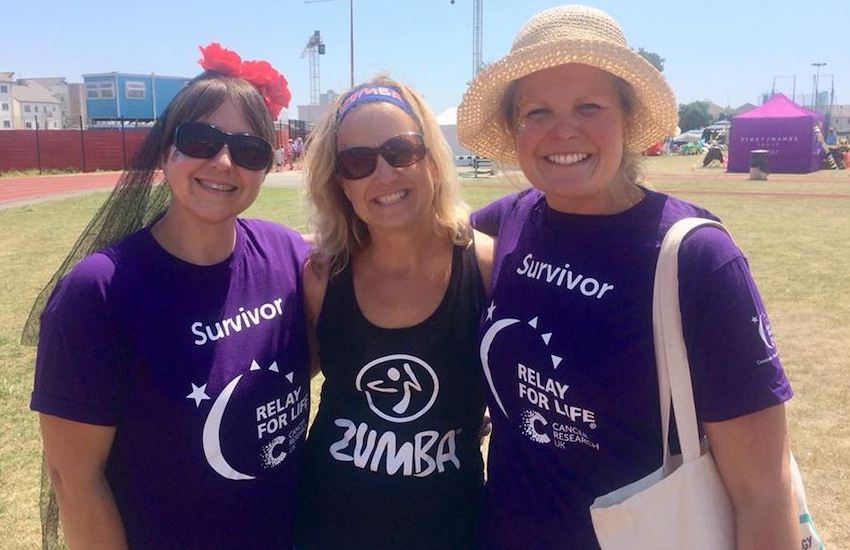 Only months after Megan completed her treatment, doctors discovered that another of Jennifer’s friends, Karryna Lovesey, had a rare genetic cancer. The cancer rapidly spread to Karryna’s liver and, despite months of gruelling chemotherapy and a heroic battle, she sadly passed away in October 2018.

Determined to “turn a negative into something positive” and do what she could to help beat cancer, Jennifer committed to running 5k a day, every day, for a year, despite having limited running experience.

“Running was never really my thing,” Jennifer said. “I never had running shoes until two years ago!”

With only a dozen of runs to go before she completes her challenge, Jennifer says she only takes away positives from the experience, adding that fortunately “wearing masks and keeping your distances” helped her stay well in the past year so that she could complete all her runs.

Pictured: When her children had to isolate, Jennifer ran her 5k on a treadmill.

“I am really proud that I managed it,” she says. “I know I have two weeks to go but, in a way,, I feel like I have done it already, I’ve just got to finish.

“It's been an amazing journey for me in so many ways… I take no negatives away from this, I am a stronger runner, I am more confident in my running which is something I never thought I would say.

“Before this, I was on the ‘I cannot run’ fence but I firmly believe anybody can run, you can run if you tell yourself you can run.”

“I have loved it,” Jennifer adds. “It’s been demanding, tiring and mentally tiring as well. As I was saying to my friends, it’s not just the doing it’s thinking about it all the time. The other day, I was running at 06:00 because I had such a busy day ahead there was no option but to go out early and do it!”

Pictured: Jennifer can now run her 5K two minutes faster than when she first started her challenge.

Not only has the challenge helped Jennifer feel better physically, it has also provided a much needed routine in the midst of the pandemic which “majorly impacted” her dancing classes and led to a lot of virtual teaching.

“It was such a turmoil of a time and this has been the one constant for me through the year,” she said. “It was only because of covid that I decided to do this ironically. I have such a busy, active job that adding this to the mix was such an ask.

“Even for the people who have joined me, it’s given them time away from thinking about everything.”

Another constant throughout the challenge has been the presence of “running companions”, who have taken it in turns to run along Jennifer’s side every day.

“My friends have become running companions,” she said. “There are a couple of ladies who have taken me under their wing. I have not run on my own since May or June last year.

"Even before Christmas, my children had to self-isolate, and I made the decision to self-isolate as well, but I ran my 5K on a treadmill and my friends ran virtually with me and sent me a selfie after their run.”

Pictured: Jennifer has had running companions join her every day since May last year.

The camaraderie, Jennifer says, has been amazing throughout the challenge and continues to this day. Last week, a new “running buddy” joined her and many are planning on joining her for her last 5k on 24 April, while the Relay for Life team are planning to create a finish line for her to cross.

Jennifer’s parents, who like her best friend have followed her journey virtually through her Facebook page, have planned to do a 5k walk on the same day.

In addition, Jennifer says that people who had never run or thought about running were inspired to take up their running shoes after hearing of her challenge.

The biggest positive from the experience, Jennifer says, has been the amount of money raised for Cancer Research UK. While she originally planned on raising £2,000, donations are now equalling more than five times that and stand at just over £10,360.

“At a time where charities are struggling it’s been a good thing to do,” Jennifer said.

While her challenge might be nearing its end, Jennifer says she is not done with running. She has already signed up for the Durrell Challenge in May, Headway’s 10K in June and a half marathon later this year.

“It’s just been a really positive experience for me and certainly I will not be putting my running shoes away when I am finished,” she said.

“I definitely won’t stop; I have become so much more confident it would be criminal to stop. It’s been great, I really loved it. I have some aches and pains that won’t go away so my body will need a rest but we got a rescue dog last year so it will be an active recovery. I am also still teaching so I will take a few days off from the running, but I will make running a part of my weekly routine which it was not before.”