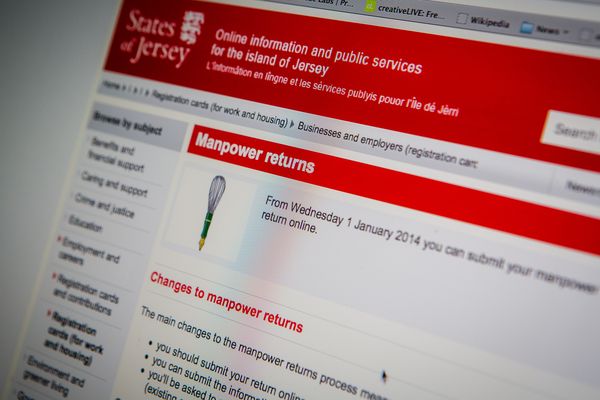 It could be years before the States e-Gov program finally comes online, a Freedom of Information response has revealed.

The first phase of the £7 million project – which promises to cut States waste and make life easier for the public – is being held up by replacements of the States’ IT systems for tax and Social Security.

Plans for those upgrades are due in the next 12 months, but even then they have to be contracted out and implemented – meaning the basic building blocks for the promised e-Gov systems may not be in place for years.

The owner of IT consultancy C5 Alliance, Mark Loane, said that it looked as though the States were reaching for excuses.

He said: “The politicians don't seem to be listening, and this looks very much like they are preparing excuses for why e-Gov cannot happen quickly.

"Unfortunately the States are insistent that the tax system and the social security system need to be replaced, and that this has implications that could delay the delivery of e-Gov – this is not the case. The e-Gov team simply needs to provide an ‘enterprise data bus’ to connect to the core departments systems. The replacement of legacy systems should be done by a different team in parallel to the work of e-Gov, otherwise this mess is going to drag on forever.

Some work is going on behind the scenes to prepare secure log-in systems for the e-Gov project, but progress on major headline items such as online tax forms look likely to take years.

The further delays were revealed in response to Freedom of Information Law requests by Bailiwick Express, which also revealed that the review which led to the whole programme being put on hold was commissioned by States chief executive John Richardson, and cost £9,884.

The project was due to have a lead contractor and to have finished the design phase this month, but in February the States put the £7 million project on hold for a re-think.

And now the States have confirmed that work to upgrade key systems needed to allow e-Gov to take place are going to take years. The States’ HR and payroll systems are due to be replaced by mid-2016, with finance systems following a year later.

New tax and social security systems – which will form the first phase of the e-Gov programme – are being designed over the next year.

eGov: £10million spent and key part still to do

Minister: E-Gov has been "simply not good enough"

How do you do digital democracy?