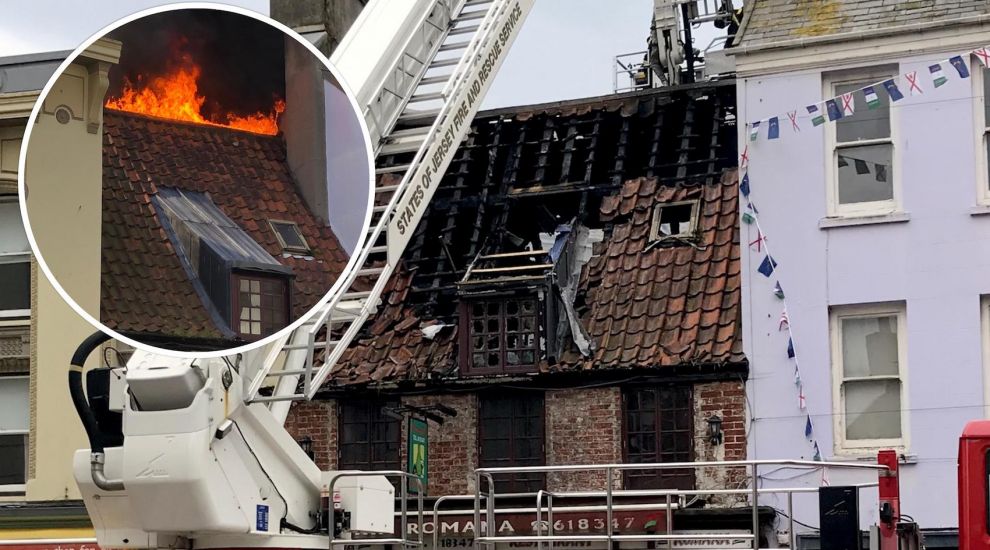 Firefighters say investigative work is underway to establish the exact cause of a fire that ripped through a popular town pizzeria.

The fire, which devastated long-established Italian restaurant Pizzaria Romana in the area of Charing Cross, is suspected to have first been sparked around 14:15 on Monday afternoon.

Nine firefighters firstly attended the blaze with two fire engines, and an aerial ladder platform to tackle the flames that had begun to engulf the roof, sending plumes of thick black smoke across the St. Helier cityscape.

Pictured: Firefighters at work trying to contain the fire.

Fortunately, by the time the crew had arrived, there was no one inside the premises. Fire Service officials said there were no casualties.

They added that more firefighters had to be sent to the restaurant as the flames continued to grow, including on-call firefighters who were recalled to headquarters.

A crew fought the fire from the inside, but eventually had to leave over fears the roof would collapse.

Firefighters are dealing with a fire in York Street. 2 fire engines and an aerial appliance in attendance with a further fire engine arriving soon. Colleagues from @JerseyPolice and @JsyAmbulance responding also. Please avoid the area.

Within two hours, the operations were scaled back, but damping down operations continued. They are expected to continue throughout the evening to make the building safe before it can be inspected by structural engineers.

It is believed that the neighbouring properties may have suffered some water and smoke damage.

In total, 23 firefighters and five appliances were used in the fight against the fire, with assistance from the States of Jersey Police and Ambulance Service to ensure that surrounding properties were clear of smoke and to advise local residents.

Video: The fire created a lot of smoke in the area around the restaurant. (Michelle Therezien)

Residents of Sand Street and Gloucester Street were urged to close their windows, and access to Broad Street was also closed while firefighters continued to work on putting out the flames.

Access to the area was restricted to clients of the Premier Inn only, with a safety cordon placed from the beginning of Charing Cross to halfway up York Street.

Bus traffic was also affected, with routes 5 and 19 diverted to West Park and Cheapside.

@JsyFire have advised that residents in Sand St & Gloucester St, should close their windows because the fire in Sand St /York St is generating a lot of smoke. Fire crews are there now working on the fire.

While the extent of the indoor damage has not yet been revealed, significant exterior damage could be spotted on the outside of the Pizzeria Romana building, which is an 18th Century listed property.

When the smoke had finally settled, islanders observed that the windows had blown out and that there were holes and significant numbers of missing tiles on the roof.

In a tweet following the operation, Fire Service officials acknowledged the tragedy stating: “Sad to see such damage to an architecturally important piece of St. Helier today.”

DIVERSION: Until further notice Route 5 and 19 are being diverted to West Park and Cheapside due to a fire. Sorry, buses will miss Broad Street.

Many drew comparison to the unfolding situation in Paris, where historic gem, the Notre Dame cathedral is currently ablaze, having lost its roof, iconic spire and stained glass windows.

“Thoughts with Pompiers de Paris doing the best they can in challenging circumstances.”

...and this is incredibly sad. Fire safety in heritage buildings is often difficult but always vital. Thoughts with @PompiersParis doing the best they can in very challenging circumstances. pic.twitter.com/IJgMujFQOM

IN PICTURES: The restaurant fire on York Street... 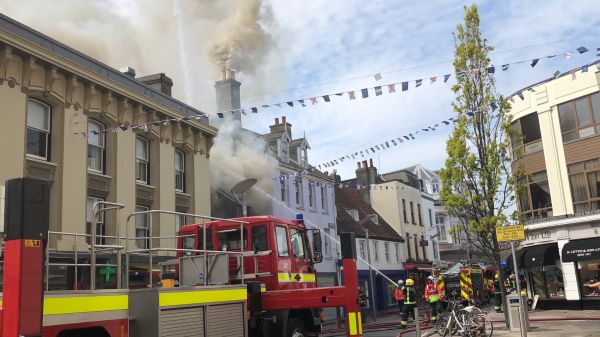 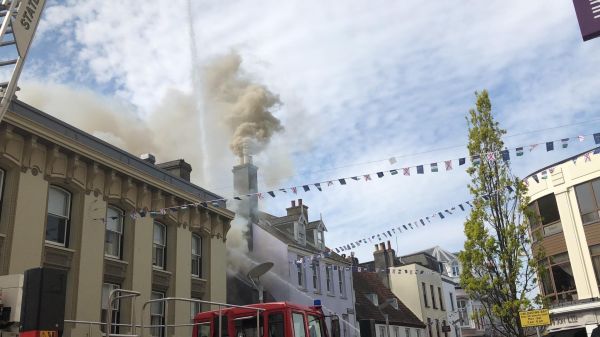 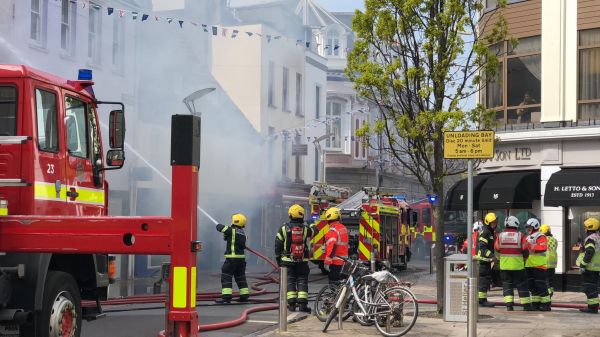 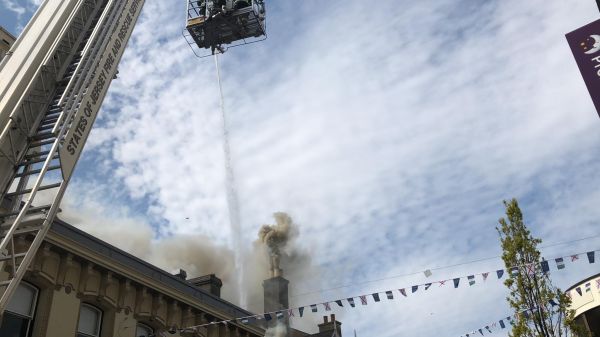 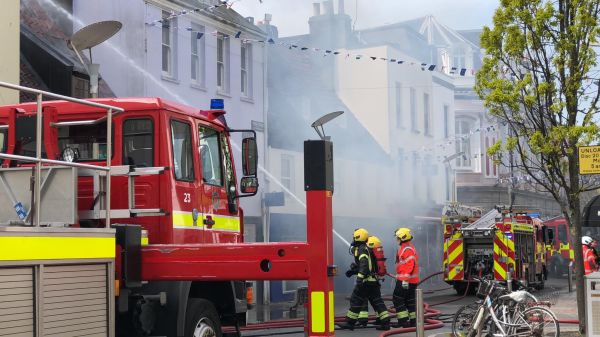 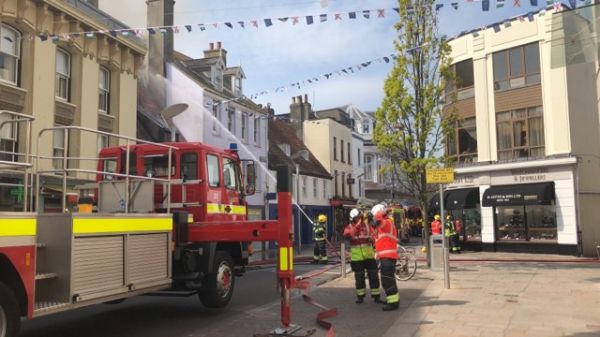 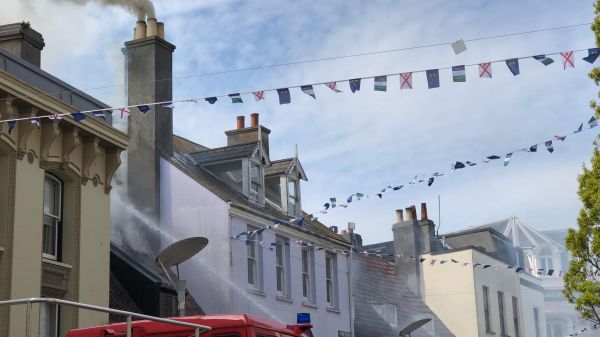 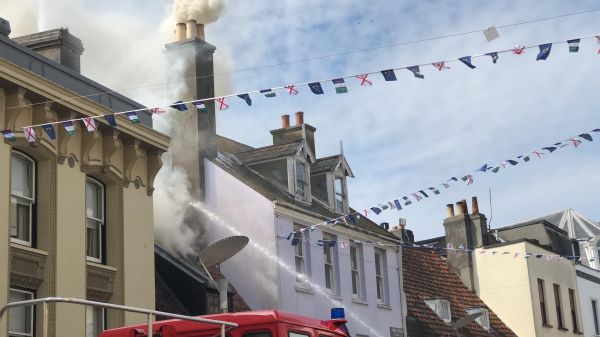 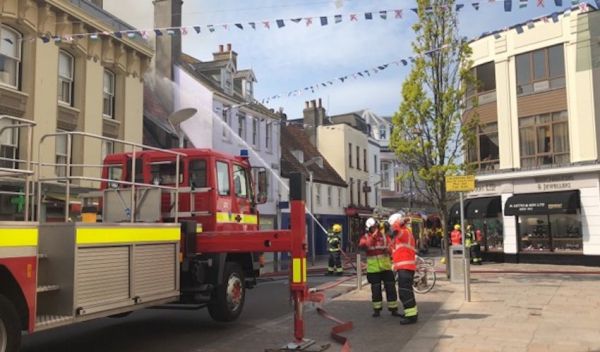 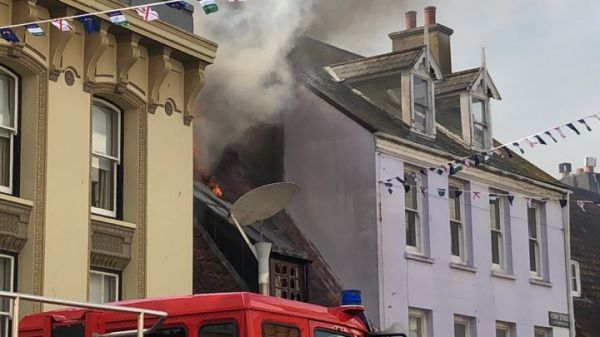