You can’t stop the groove! 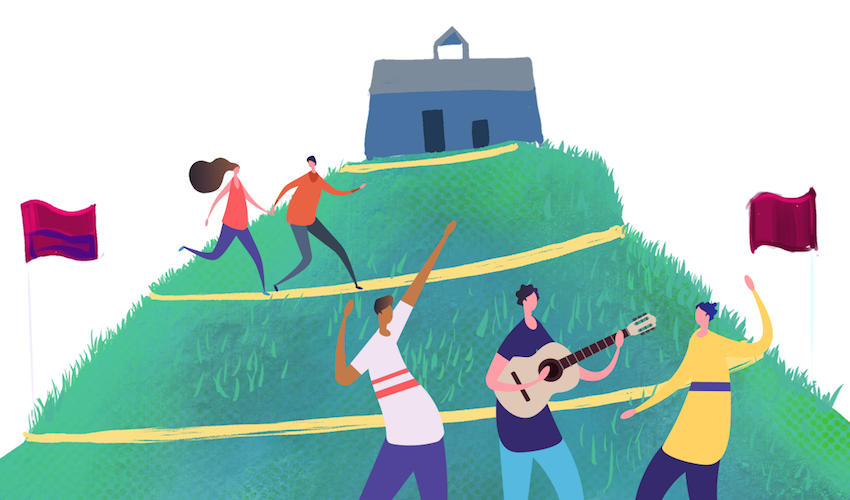 You can’t stop the groove!

Groovers and shakers are in for some good news as the community summer festival announces its reincarnation at a historic location after a year-long hiatus.

Bringing together music, food and fundraising, the much-missed ‘Groove’ festival is crossing over from the West to the East as it makes its return in a very different location.

Formerly ‘Groove de Lecq’, organisers have now hailed the arrival of ‘La Groove Bie’, with the “boutique” event making heritage site La Hougue Bie its new home, where it will welcome Durrell and Jersey Heritage members and their friends and family on Saturday 3 August.

The festival's new incarnation comes after its future was flung into uncertainty when organisers announced it was “on the move” and “taking a hiatus in 2018”, with festival founder Bethany Gallichan telling Express that the former Grève de Lecq site was “expensive and doesn't allow us to scale up our model anymore.”

Pictured: After the 2017 event, organisers announced the festival would be taking a "hiatus".

Despite this, those behind the festival were confident that Groove would return and now - as promised - tickets for ‘La Groove Bie’ are on sale.

In previous years, the festival saw around 3,000 islanders enjoy 70 local acts performing a kaleidoscope of genres from reggae to rock across seven stages – including a secret one embedded in the woodland.

However, this year it’s a scaled-down version of the event as they are selling just 1,000 tickets

Pictured: Groove will return this summer.

Nonetheless, the Collective say that this year’s fest “is set to encapsulate the spirit of community as a boutique celebration of local culture, food, creative talent, wellbeing, recycling and musical arts!"

In addition to capping the capacity, only people with memberships to either Jersey Heritage or Durrell can buy tickets to the event – but they can purchase up to five tickets for family, friends or guests.