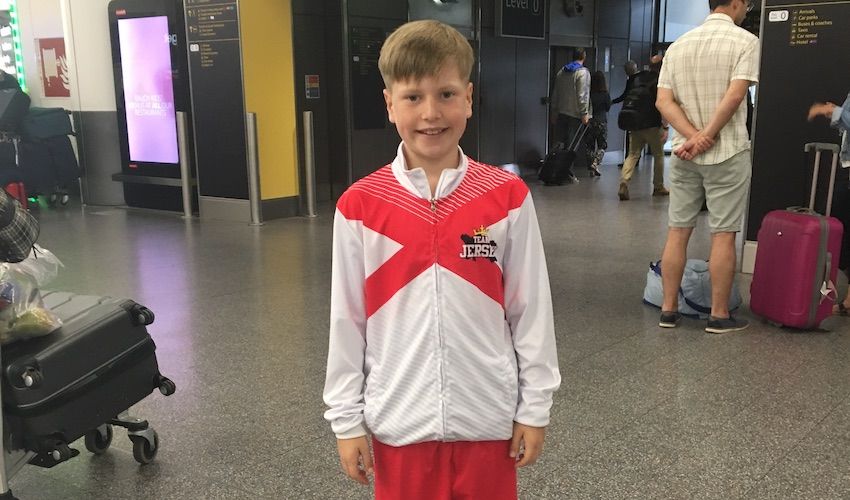 A 10-year-old pupil from St. John’s School will represent the island today at the Dance World Cup – a competition that will see thousands of dancers from 62 countries taking to the stage in Portugal - just nine months after starting lessons.

The young boy told Express that after taking to the stage last summer as Jeremy Potts in ‘Chitty Chitty Bang Bang,’ he didn’t feel he was good enough at dancing.

“My acting was great, my singing was great but not my dancing. So I asked my dad if I could start ballet and he said yes.

“I chose ballet and acro because some other boys I knew were doing it and I went to the Dance Lab because the lady who runs it used to go to the Drama Lab.”

Since then, Dexter has also picked up his tap shoes to start tap classes. He now dances twice a week, in addition to his other hobbies, which include singing and acting of course, but also cricket, basketball, and reading David Walliams’ books.

Earlier this year, Dexter’s teacher surprised him by telling him he would represent the island in a solo. He is one of four boys representing Jersey and described his emotions as “proud, excited, happy and speechless.”

This morning he will take to the stage in the Song and Dance category with a song he picked himself: ‘Consider yourself’ from the musical Oliver. “It was my favourite one in the group,” he said.

While Dexter doesn’t’ wish to be a dancer in the future, he says practising will make him a better actor and keep him in shape. “You have to be really strong to dance so it helps keep me fit!” he said. “If I want to be in a movie that I have to dance in I can say ‘I can do that.’"

While his mum, Susie Kelly, is proud of his achievements, she was not surprised when she heard he had gotten a solo at the Dance World Cup. “It was typical Dexter,” she explained. “He always wants to be the best in anything he does. We are super proud of him getting a solo at his first attempt, he has worked so hard.

“He said ‘I want to go dance’ and that’s what he did. He deserves everything he gets because he is so focused. He looks at something, says ‘I want to do that’ and he works towards it.”

Video: An extract from one of Dexter's performances.

Susie says the competition – which is described as “the greatest for all-genre dance competition in the world for children and young adults” – will be a learning curve for the young boy who was excited at the idea of watching the opening ceremony on Friday.

The event was also the opportunity for a small holiday for Dexter and his mum. They travelled to Portugal on Thursday and spent time at a waterpark. Dexter, ever so keen to learn and perfect himself, also took part in dancing masterclasses.

“We are not expecting anything,” Susie said. “It’s a once in a lifetime experience. He had been doing dancing in performances but the fact he got straight into it after just a few months, I am so impressed.”