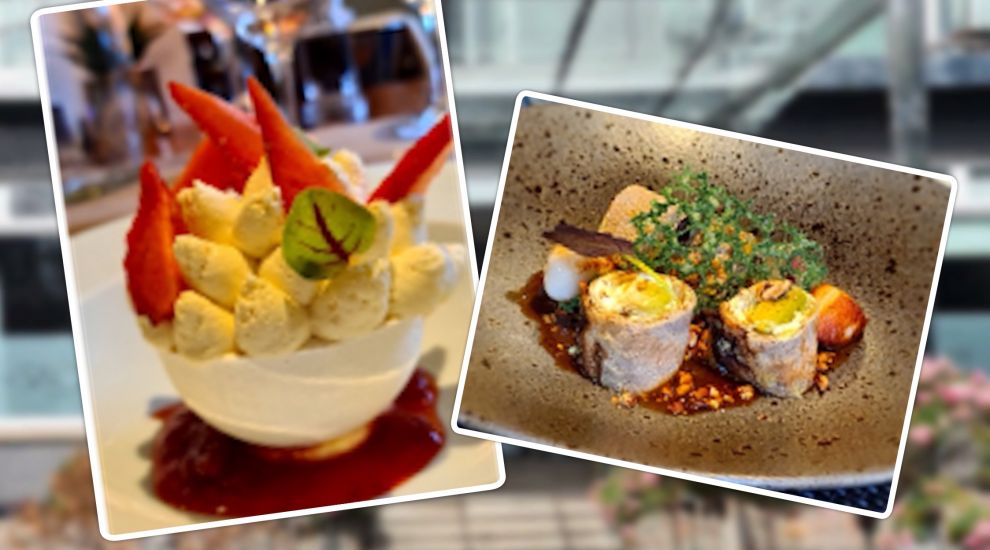 Can a staycation really offer the change of scene worth putting an ‘out of office’ on for? Express's strictly anonymous, definitely unpaid and totally independent critic finds out.

This month, Harry Smiles overcomes his local holiday reluctance with a trip to The Savoy...

"I don’t know whether it is because I do not trust my fellow humans’ judgment or because I like to think I am a maverick, but I won’t just rush to jump whatever is ‘en vogue’ because I have been told to do so by every Tom, Dick and Harry.

Yet, some things do live up to the hype (including ‘Hamilton’ - it is as good as they say, if not better). Among those, I recently discovered, are ‘staycations’. I’ve never understood the appeal of holidaying near home.

Don’t get me wrong, I love our rock dearly, but I have always believed that if it didn’t involve a flight, train ride or at least a lengthy car trip, a holiday couldn’t really offer the change of scene worth putting my ‘out of office’ on for.

Like many the world around, my summer plans went right out the window when the virus came out to play havoc with our lives. After cancelling several family visits earlier this year, I was holding on to the hope of a getaway in August. But with cases on the rise again in the UK and abroad, I kissed that one goodbye.

With friends who kept talking about how brilliant their ‘staycations’ had been – and nowhere else to go - I decided to find out for myself what the hype was about. My main squeeze kindly did most of the research, and found a deal for an overnight stay at The Savoy.

I went in thinking the splurge was a bit extravagant, but, the morning after, I would have happily signed up for a whole week.

The bedroom had all the niceties you would expect from a four-star hotel - plus a jacuzzi! Being surrounded by bubbles certainly adds an extra touch of luxury when sipping Prosecco. I also opted for a dip in the hotel pool, which I happened to have for myself for a good 20 minutes.

With The Savoy being in town and near roadworks, I was worried about the noise. However, not a peep was heard, and we had a very peaceful night, even enjoying the bliss of a lie-in despite usually waking up at 06:00 on the dot.

The best part of our stay, however, was the evening meal. In the spirit of supporting local businesses, we decided to treat ourselves even further with a full three-course affair (at £28, it was more than a bargain).

The mix of flavours, the textures, the cooking... I honestly couldn’t fault a single thing. From the friendly service to the top-notch quality of the food (which we barely had to wait for), everything was perfect.

Pictured: Nothing to mock about that Eton Mess.

It was the perfect meal to end a six-month drought of night-outs and I am still dreaming about the ‘Mock Eton Mess’ and its basil-flavoured Chantilly. (One word: lush.)

As enjoyable as our stay was, my main squeeze and I couldn’t help notice how empty the place was, a sad sight for summertime.

If you can afford to, I would definitely urge you to get yourself a ‘staycation’.

After what we’ve been through this year, we all deserve one - God knows what the next four months will bring - and the local hospitality industry deserves a break too."

This article first appeared in CONNECT Magazine, which you can read in full HERE.