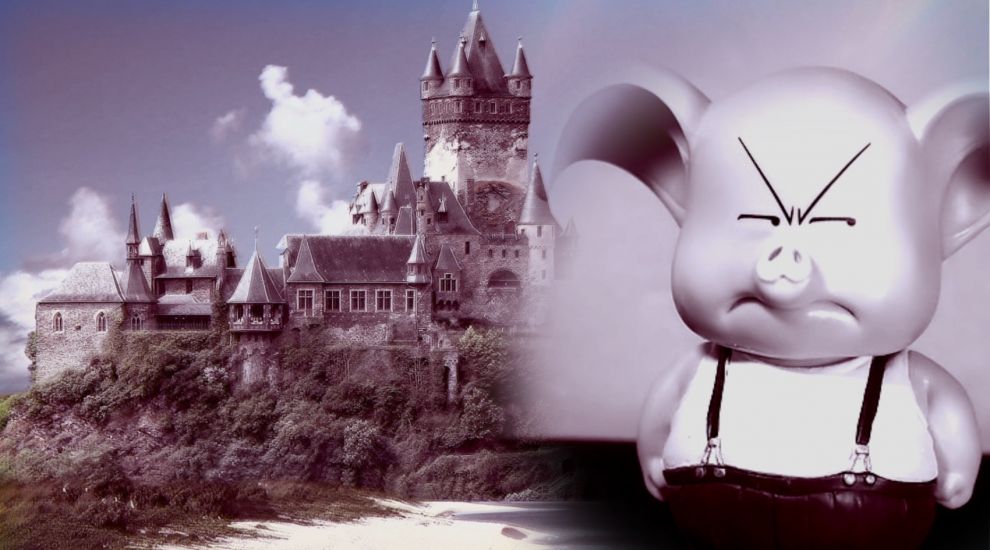 With a continuation of our “you couldn’t make it up” story this week, it’s time for another chapter of our fantasy tale from the north.

As we know, once upon a time, there lived a man who made very fine suits. He also wore these fantastically swish suits, therefore he was known as the Crisp Tailor.

The Crisp Tailor ruled a windswept northern kingdom but he remained a vassal of King John, who ruled from the Big City, and occasionally from France.

The Crisp Tailor’s lands had a rocky coast but a very fuzzy land border - so fuzzy indeed that even the Crisp Tailor didn’t know his own boundaries. And, as any fairytale character knows, from Little Red Riding Hood to the Gingerbread Man, straying too far from home can often get you into hot water.

One morning, the Crisp Tailor climbed on his fine chestnut-red charger “Fiesta” and went for a ride to survey his kingdom. Soon, they came across a Little Pig standing by a straw sign: “Newly born lambs, please do not enter,” it said. Slightly agitated, the brave king ignored the sign and drove Fiesta past its guard. “Pah, I’m the king in my ivory tower, you can’t stop me, you’ve got no power,” he said over muffled bleats.

Soon, he met another Little Pig standing by a wooden sign: “Rare orchids growing; stay away,” it said. “Pish,” said the Crisp Tailor, his blood starting to boil. “I’m the king in my ivory tower, you can’t stop me, you’ve got no power,” and off he rode past the porcine guard, brushing petals from his pressed lapel.

Finally, he came across a third, metal, sign: “Road closed: cycle race,” it said. “Blistering Barnacles,” roared the king, now ready to explode. “I’m the king in my ivory tower, you can’t stop me, you’ve got no power!"

Except this time, the third Little Pig stood in his way. “You may huff and puff and act out of order, but I’m not budging, and you’ve crossed the border!” said the sentry, his heels digging into the dirt.

But it was too late! The Crisp Tailor’s suit was well and truly ruffled. Fiesta reared up after a sharp pull on the reins and pushed the marshal down the track. But still the Little Pig stood his ground and eventually, after a heroic tussle, Fiesta backed off, snorting and spitting.

Realising that he had crossed the line, quite literally, the Crisp Tailor returned to his northern land, hoping that it had all been a bad dream.

But, unfortunately, it was very real and eventually the High Magistrate, Lady Fitzroy of Union Street, held a court hearing in the Big City to try the Crisp Tailor for dangerous riding. Despite his protestations of innocence, she fined him 4,000 groats and told him he couldn’t ride Fiesta for a year-and-a-half.

Or was it? No sooner had Lady Fitzroy put down her gavel, then the King sent a carrier pigeon to say that he would decide on the Crisp Tailor’s continuing presence at the Round Table. Could this mean an end to the Order of St John? Only time will tell.

Catch up with the previous chapter...

A fairytale from the north, Part I