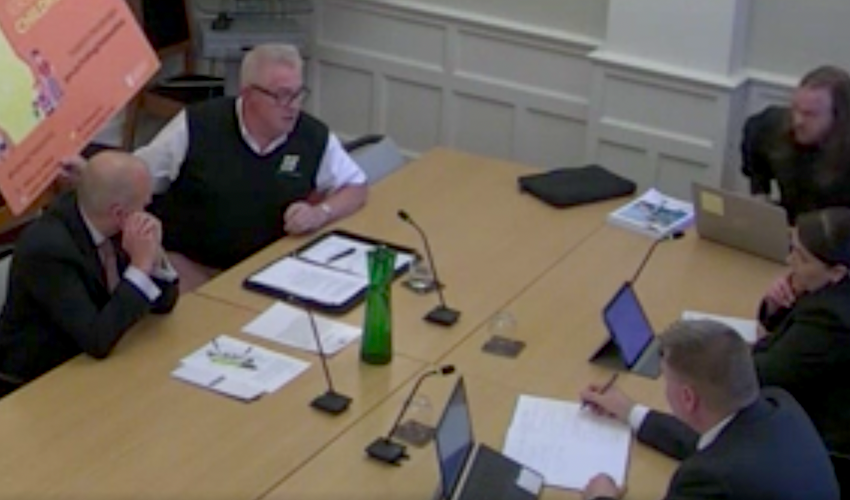 The Haute Vallée Board of Governors has given a detailed rebuttal to the Government's assertion that it is still "putting children first" despite failing to provide an answer to school funding issues.

Phil Horsley and Philip Le Claire recently appeared before the Education and Home Affairs Scrutiny Panel last Monday, explaining that headteachers across the island had identified a £23m funding gap, and that the Government had given little indication that it would correct this.

They also spoke of how their school's budget was slashed to the bone, and that there was no money left after wages, heating and electricity were covered.

The hearing culminated in the Governors handing back the "putting children first" pledge that had previously appeared on Haute Vallée's walls - an action, they said, that had been requested by a Year 11 student.

The Government provided an urgent statement in response to the concerns raised, and Mr Horsley, on behalf of the Governors, has responded to it in full this morning. Express provides both statements here:

What the Government said:

The Government of Jersey is committed to putting children first. Since 2019, the States Assembly has voted an additional £35 million per year for the range of services that support the Island’s children and families.

The Education Reform Programme, underpinned by an independent funding review in 2019, is providing £11.6 million additional, recurrent funding by 2024. This is designed to tackle the structural deficit in some school budgets and to release new investment across the school system to address identified gaps in provision. This extra funding has been determined by evidence from the independent review, and was agreed by the Council of Ministers and the States Assembly in 2020.

As part of the reform programme, a new funding model will ensure a transparent approach to funding schools from September 2022. Head teachers will continue to be engaged in this work and the new model will be kept under review.

The Government is also committed to taking forward the findings of this year’s inclusion review to determine the funding that will be needed to meet a growing demand from children with special educational needs and disabilities (SEN&D). The draft Government Plan 2022-25 proposes an additional £678,000 in 2022, rising to £2.1 million in 2025, to tackle demographic pressures, including those relating to SEN&D.

The draft Government Plan 2022-25 recognises that additional resources are needed to support a small, but significant, group of young people with complex needs. The plan proposes additional investment of £400,000 for an Intensive Youth Support Service that would operate across schools, social care, youth and criminal justice services to ensure a wrap-around approach to meeting needs. The Minister will ask officials to continue their dialogue with schools, including Haute Vallée, so the approach is informed by the experiences of head teachers and their staff.

When schools resume after half-term, the Chief Minister and Minister for Children and Education will continue their dialogue with Haute Vallée, and other schools, about how best to put children first.

What the Governors say:

The government statement does not answer the specific questions posed. We will be specific in our response, paragraph by paragraph, in their order, and reiterate our questions:

We  dispute the opening statement; the Government is not committed from a practical nor timely standpoint. If they had honest and open dialog with any teacher, social-worker, other front-line professional, foster-carer or a vulnerable child, they would have a better understanding of the issues. What is the £35m they refer to additional to? If, for sake of example, it is in response to a £45m short-fall, we are still failing children to the tune of £10m. Their first paragraph is an unspecific sound-bite that does not address our specific questions and concerns in relation to education.

If the independent funding review shows there is an £11.6m gap in funding, and this is recognised but won’t be fully invested till 2024, five years later. Why? That is a child’s entire secondary school life. Why not now? What about the children that can’t wait another few weeks, let alone years; they are being failed now; fund this short-fall now. We have been asking for five years which compounds the issue.

The second statement on the new funding model has been kicked down the road since at least April – it should not have taken this long and we know the answer is that there is at least a further £23m required in order to fund our schools correctly. The £23m is a minimum. We are aware it does not cover Highlands or several other specialist areas. As above, this is needed now. Why has the outcome not been given openly? We suspect from behaviours to date, and from the ‘the pot is the pot’ statement, it is because they would have to release the monies, which would create re-prioritisation of items currently being put before children.

The inclusion review is need in addition to the above figures. Why is it taking so long? How have the figures allocated in the Government Plan been arrived at? We are extremely concerned that budgets are being ‘locked in’ despite being woefully inadequate.

We support the potential Youth Support Service, but the mention of it here is a distraction from our core question – where is the missing £23m, which is required now in order to run schools effectively with a broad and balanced curriculum? It must be noted the SEN&D monies are required in addition to this.

Lastly, continuation of what dialog? The Chief Minister would not engage with us when he was Children’s Minister, nor since. It took us four months to get a meeting with the current minister, who told us, ‘the pot is the pot’.

Extracted from the above, our questions are clear:

We would welcome dialog with the Chief Minister and the Minister for Children and Education. We would hope for a better response than the spun, deflective and faceless statement received on Tuesday. 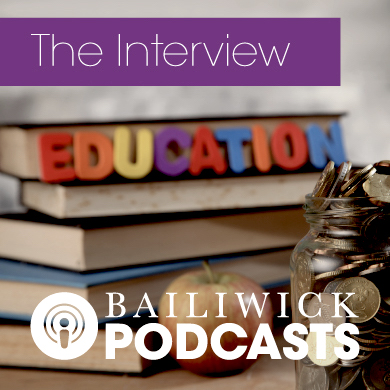 OPINION: Just the top of the funding crisis

Schools to go £4.2m over budget this year