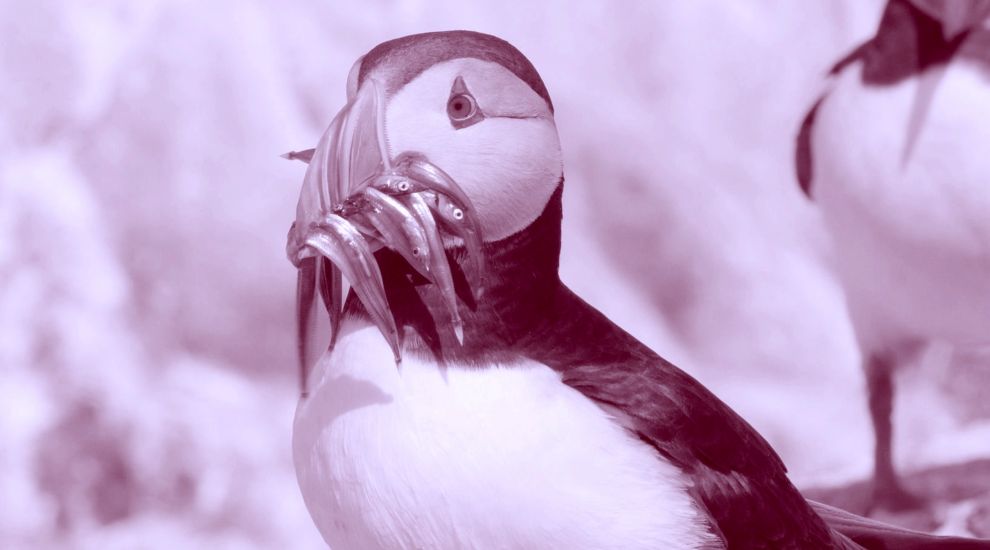 When a story relevant to us emanates from the Sun, I always find myself erring on the side of caution.

Not that I don’t respect my journalistic colleagues on the tabloid newspaper, but with such famed headlines as ‘Freddie Starr Ate My Hamster’ and ‘World’s Tallest Bloke Lives in Neasden’, its commitment to serious reporting is not always wholehearted.

Naturally, local journalists picked up on this and shared the news. No sooner had eyes scanned then eyebrows raised. “Airdrops? Why couldn’t the Air Force just use the Airport?” one observer not unreasonably suggested. 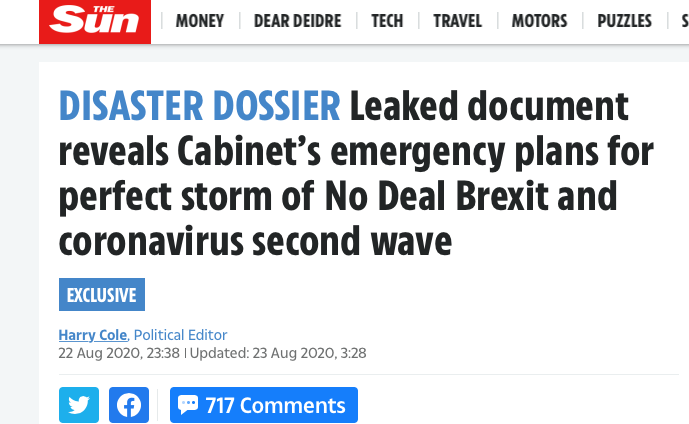 Pictured: The Sun reported details of a leaked UK Cabinet dossier that gave a worst-case scenario for the British Isles.

But, of course, the leaked document was one of those worse-than-worst-case-scenario-planning exercises that governments seem duty-bound to write and then leak, just to guarantee that our fear barometers remain raised.

In this case, the next fear we have to embrace after covid - or possibly alongside the pandemic - is something called the 'No Further Negotiated Outcome', when discussions grind to a halt and the UK leaves the EU without a trade deal.

I’ve often thought “worst-case report writer” must be an excellent job - letting your mind wander down dingy corridors, through viscous lakes and across arid desert plains.

“Well, after the tsunami of boiling acid hits and a plague of particularly vicious cockroaches arrive, there could be a tornado-like hurricane which blows all the crops away. And aliens … we need aliens.”

Perhaps governments employ science fiction writers, or angst-ridden teenagers, to dream up what could happen.

The trouble is, these reports are, to put it mildly, utter b*llocks. That said, they make great content - although the Sun did undermine its online story somewhat by illustrating the Channel Islands by what looked like a picture of Burhou.

So, the main concern of the UK government isn’t the Queen's loyal subjects on habitable islands; no, first on the airdrop list would be Oscar Puffin, presumably to receive a pallet of sand eels. And possibly a few birthday cards.

And while Deputies Russell Labey and Kevin Pamplin might support this plan, having had a hand in Oscar’s success, most would not. 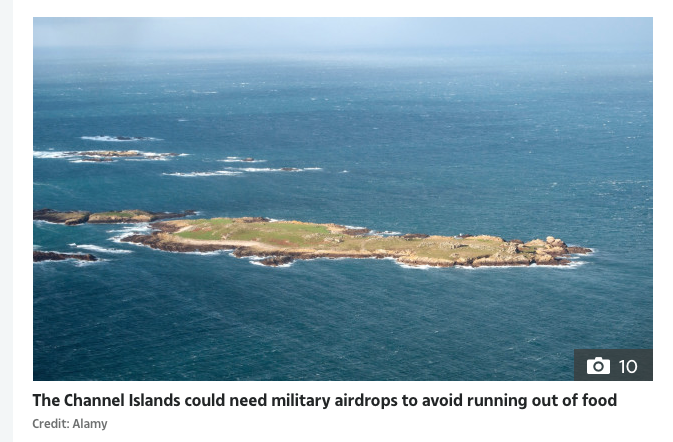 Pictured: The Sun dispensed with the usual Mont Orgueil shot to use Burhou to illustrate the Channel Islands.

Believers in this document might see the regular visits by RAF transport aircraft over the lockdown as evidence of its realism. Had they had dropped food every time they’d been over, we could have banqueted every night until next October.

Perhaps their next trips could constitute some form of taster menu, with the first drop being thousands of amuse bouches suspended under tiny parachutes, followed by sorbets and a delicate dessert. Just imagine if they landed gently in front of one of the Desperate Housewives of Jersey while they were being filmed. It would greatly enhance our positive image of a bunch of entitled leisurely millionaires who like nothing better than to look down on the grubby hoi polloi from our Sunseekers. 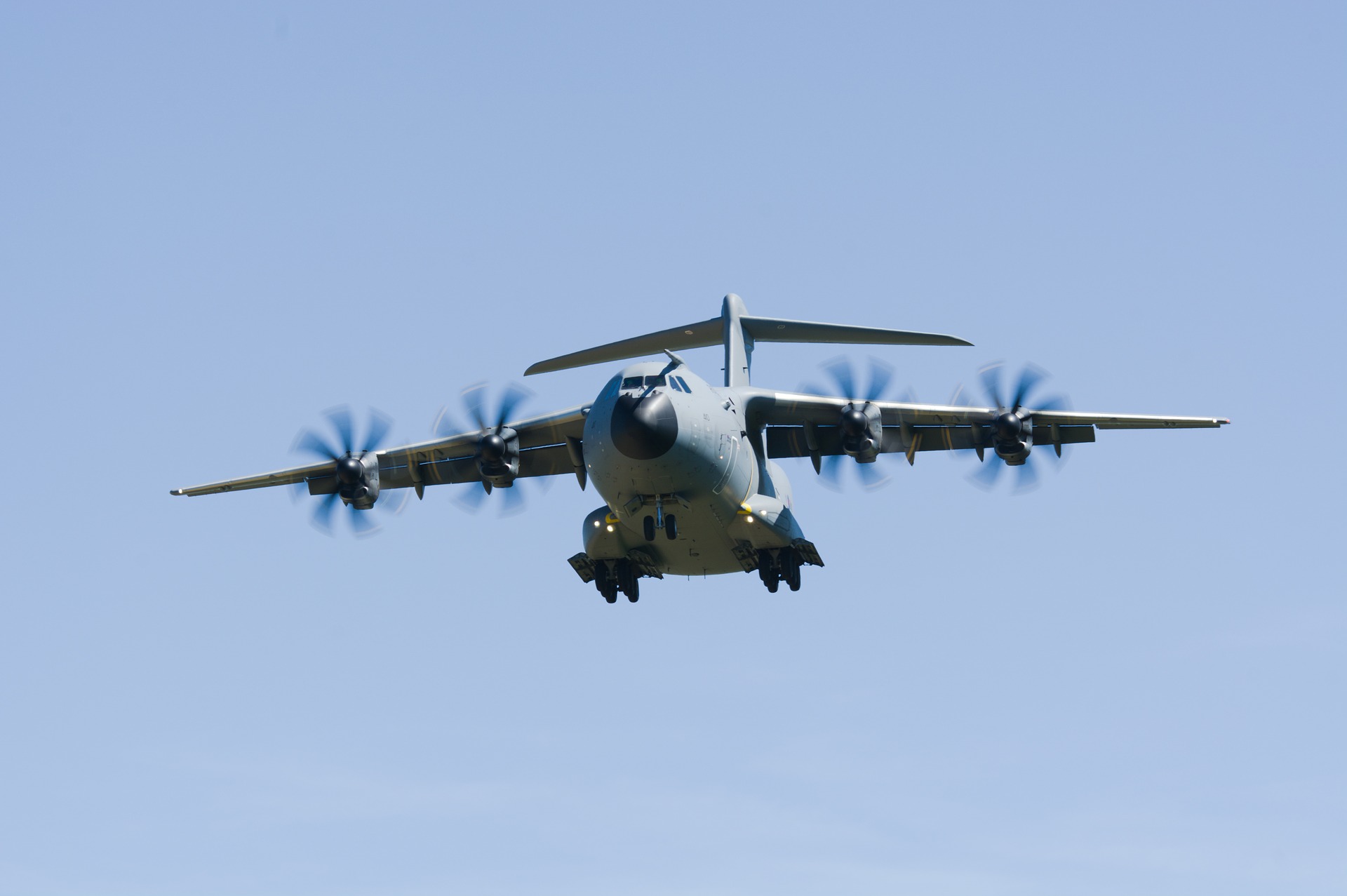 Pictured: Have the regular RAF visits this summer been a practice for something more essential?

If not the RAF, then perhaps we could call on International Rescue. I’d love to see Thunderbird 2 land at the Airport. Wouldn‘t be great if John, Adam, Virgil, Scott, Gordon and Ashlea, who runs the family radio station, paid us a visit?

I loved that programme. Apparently John thought he was in charge but, actually, Parker was in the driving seat.

But in truth, much like our computers worked fine on 1 January 2000, our planes will fly and our ferries will run on 1 January 2021, weather dependent.

Indeed, having a regular ferry service has been a bedrock of Jersey’s economic success. Jerseymen through the ages have always known about the dependency of our sea links, helpfully telling anyone who moved to the island that: “There’s always a boat in the morning”.

What reassurance in this time of Brexit-fuelled crisis.