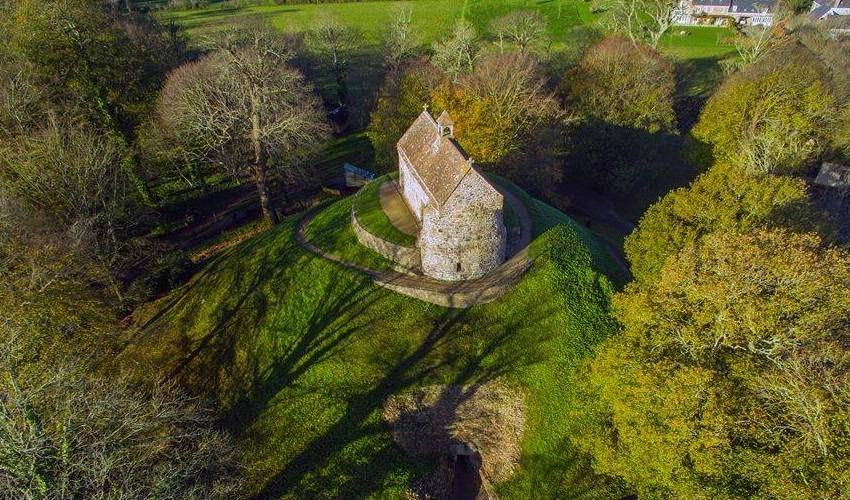 I’ve been reading about the history of Jersey and thought it might be interesting to share some of what I’ve learned as we reflect on a course to chart for the future.

Turns out that Jersey only became an island a mere 7,000 years ago when the melting Arctic ice caps flooded the plains that the nomadic Palaeolithic hunters used to travel across as they followed the herds of mammoth that roamed between here and France.

Farmers settled here and built tombs that are now called dolmens with a great example being La Hougue Bie. The people on the island mainly interacted with people living in the St. Malo area of France and were most likely part of the Coriosolites tribe. The Romans arrived around 2,000 years ago and the island was then called 'Andium' or 'Angia.'

Christianity was likely brought to the island by a missionary named St. Marculf around AD538, soon to be followed by St. Helier and the establishment of monastic communities in the 7th and 8th centuries. By the beginning of the 9th century, Vikings from Norway and Denmark were raiding northern Europe and the island. Some settled in Brittany and named the island “Jersoi”. Charlemagne in France imposed his authority over the Channel Islands by including them in the diocese of Coutances in Normandy. 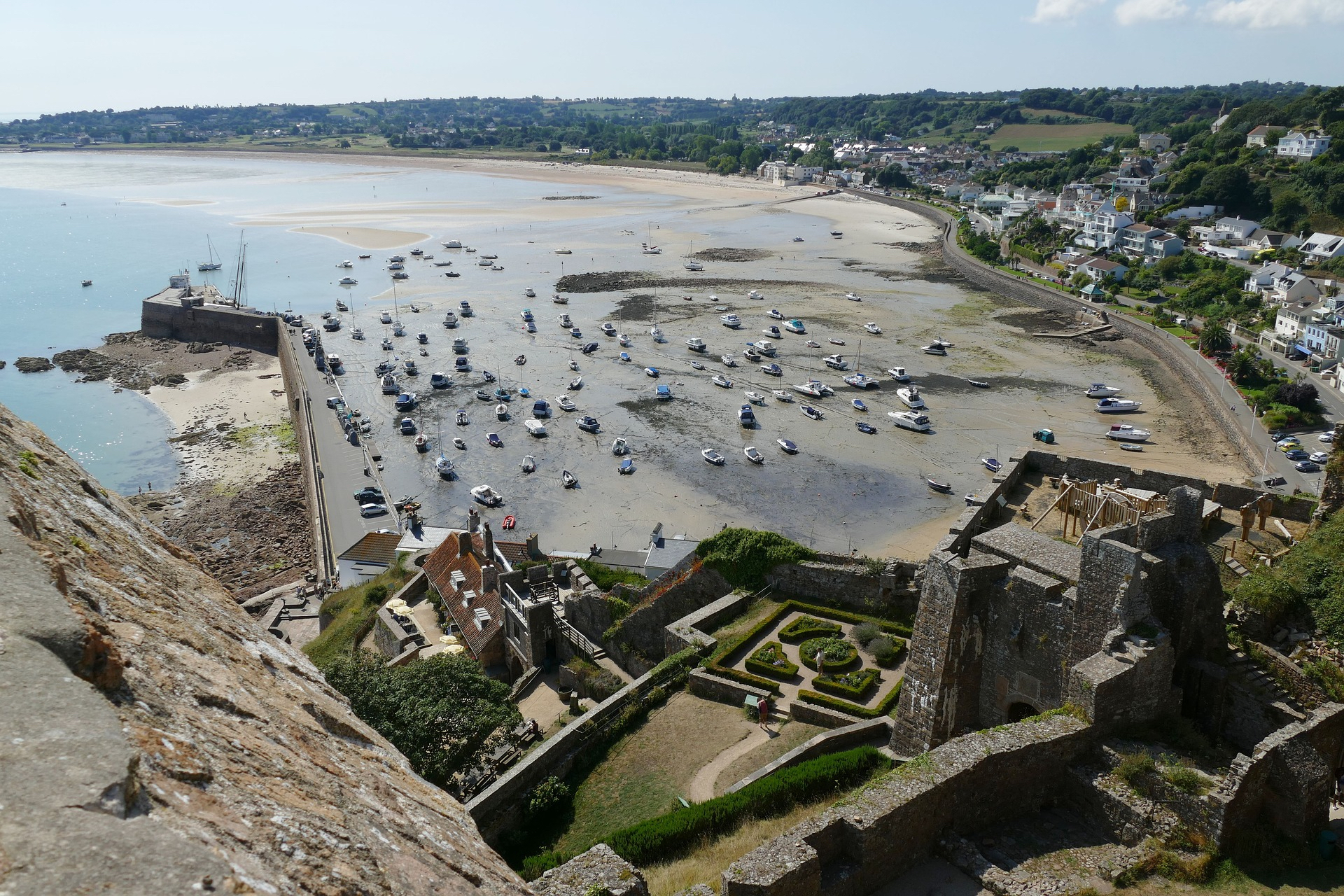 Pictured: Mont Orgueil was built to defend the island from France.

The second Duke of Normandy, William Longsword (the son of a Viking adventurer) annexed the Channel Islands in AD933 and a dialect of western Normandy, Jerriais, became the island’s language.  In 1066, the 7th Duke of Normandy defeated King Harold of England in the Battle at Hastings and became King William I of England.  This was the foundation of Jersey’s constitutional link with England.

In 1204, King Philippe II of France won control of Normandy but the Channel Islands remained loyal to the Duke of Normandy, King John of England.  Mont Orgueil in Gorey was built at that time to defend the island from France who would attack and interfere with Jersey’s shipping and fishing activities. Jersey men served as militia for centuries to defend the island from regular French attacks. The Channel Islands were ruled as a personal possession of the English Crown but permitted to retain their Norman French customs and traditions.

A Warden of the Isles was appointed to govern until Henry VII became king in 1485 when the Bailiwicks of Jersey and Guernsey became two separate political jurisdictions, each with their own Bailiffs, Governors and parliaments. Following the Reformation and establishment of the Church of England, the Channel Islands were transferred to the diocese of Winchester in 1569 and islanders followed the French Calvinist form of Protestantism with the ready availability of French bibles, prayer books and French-speaking preachers up until the 1620s when the English Crown imposed Anglicanism.

Fishermen returning to Jersey from Newfoundland (part of Canada) introduced Methodism in the late 18th century. Catholicism was illegal in Jersey after the Reformation but the arrival of Roman Catholic French refugees in the 1790s and Irish workers in the 1830s to 40s along with teaching and nursing orders from France (De La Salle brothers, Jesuits, Little Sisters of the Poor) fleeing persecution in the following decades have established a Catholic presence. 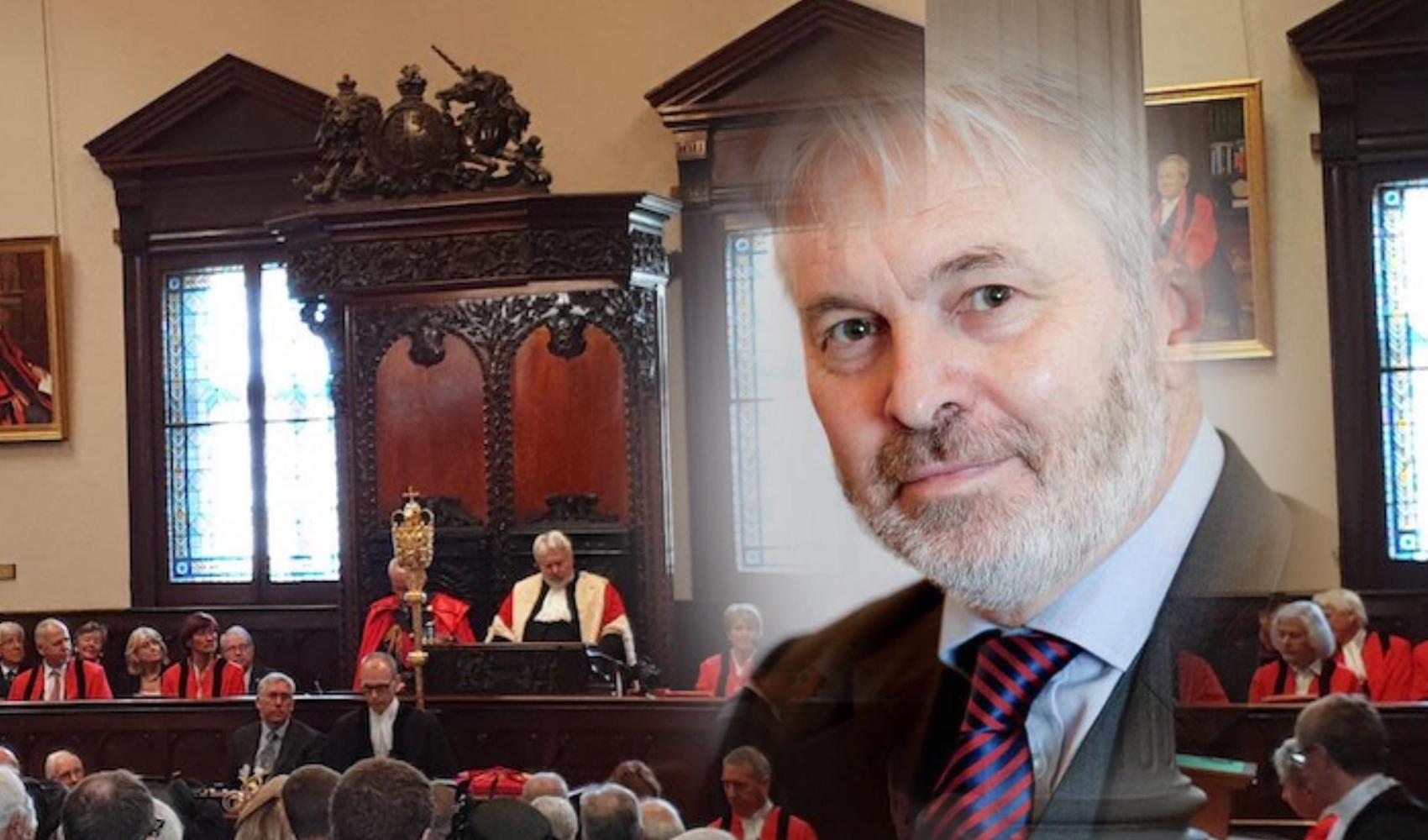 Pictured: The Bailiff continues to preside over the States Assembly and also acts as chief judge of the Royal Court.

A comprehensive review of Jersey’s constitution was undertaken during the time of the Corn Riots and resulted in the Code of 1771 that largely separated law-making powers (granted to the States Assembly) from the judiciary although the Bailiff continues to preside over the States Assembly and also acts as chief judge of the Royal Court.  By the 18th century, there were two main political parties in Jersey – the Charlot (conservative) and Magot (liberal) parties who were later known as the Laurel and Rose parties.

Interest in party politics waned with the introduction of the secret ballot in 1891 – today, there is only one registered political party in Jersey.  In 2005, the States Assembly of Jersey decided to adopt a ministerial form of government with a Chief Minister and Council of Ministers.  The remaining elected members would be expected to serve on at least one of four scrutiny panels.

The official language of Jersey and for all statutes was French up until 1948.  English became the standard language taught in Jersey schools from the 1870s onward and education became compulsory in 1899 with curricula and exams following English patterns.  A large number of British Army officers retired to Jersey on half pay after the Napoleonic wars and largely settled in St. Helier where housing started to take on English characteristics.  More English-speaking workers immigrated, many from Ireland, to work on the large building projects like the Esplanade and the harbours in town and St. Catherine’s. 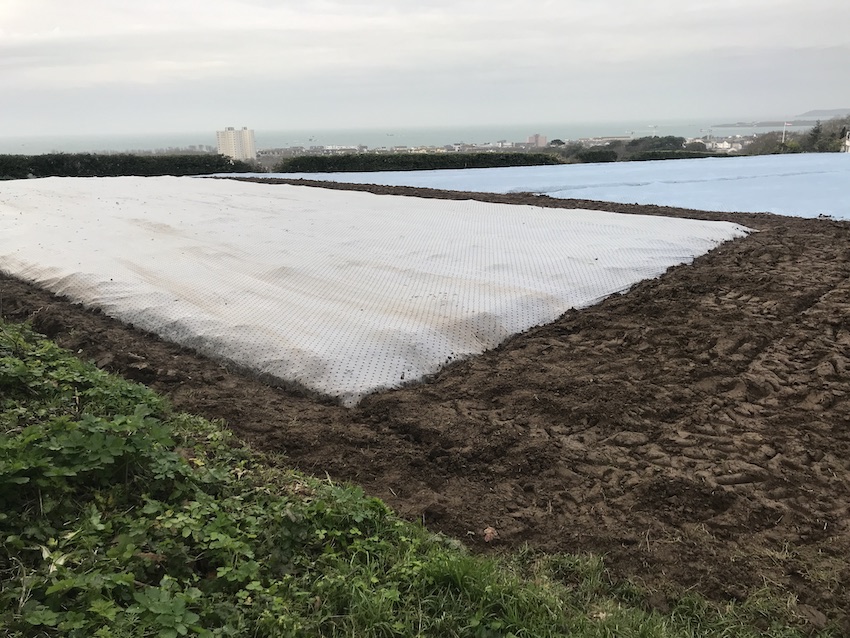 Pictured: Sectors such as farming have needed to bring in overseas labour.

More immigrants from Brittany came to work the fields and then Italian, Portuguese and Madeiran immigrants came to work in the tourist sector followed in more recent years by immigrants from Poland, Romania and Kenya. Jersey had used a Roman system of weights and measures up until 1919 when the English system was adopted but land area in Jersey is still measured in vergees (1 vergee = 0.44 acres).

Why might it be important to know about Jersey’s history? The teaching of history can often seem like an endless list of dates and events that one needs to memorise for purposes of passing an exam but it can actually offer so much more to people who are curious and seeking to understand the cause of thorny challenges with a view to finding potential solutions. Perhaps it can be more usefully described as the study of change over time and provides insights about what happened, what worked, what didn’t and why.

The evolution, growth and success of Jersey finance sector, for example, reflects in part how Jersey has been a safe refuge (for treasure, royalty, etc.) and also been successful in pursuing economic arbitrage activities like privateering and balancing interests between the UK and France over the centuries. The study of Jersey’s history provides important information about context, culture, risk appetite, identity and place.

So, does this whirlwind tour through Jersey’s history provide any additional insights into some of the challenges we’re facing and the many opportunities we might pursue here today? What else would you like to know about the island’s journey (there’s a lot more!) through the ages? Are the kids in school here learning about the history of Jersey? Do they understand how the political system works here and how they can engage in shaping the future for themselves and the community?

Lots of opportunities and trade-offs to consider as well as bold thinking and tough decisions to make as Jersey embarks on the next phase of its journey. Might be worthwhile to have a look at the history books as a refresher!